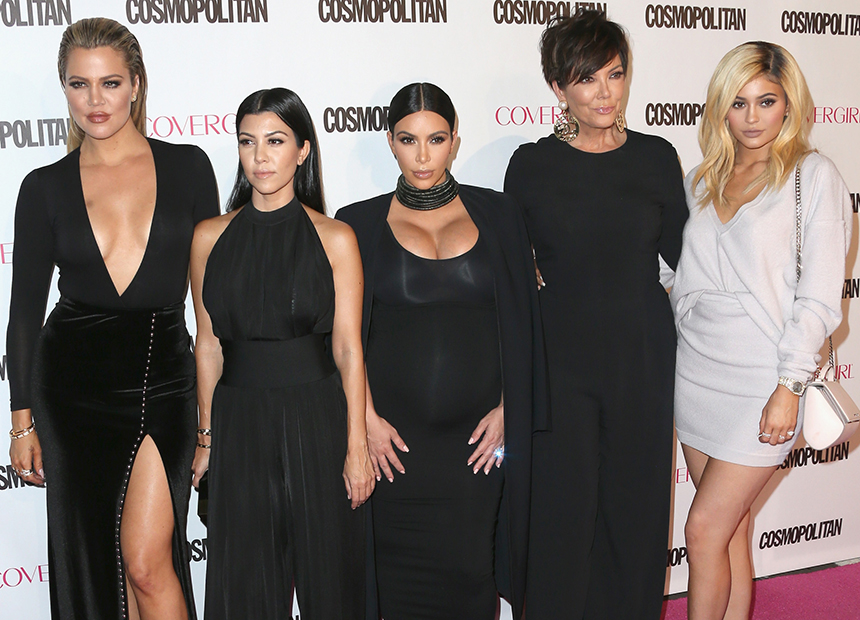 The past few months have been troubled times for the Kardashian family.

After living through the very intense media scrutiny surrounding their stepfather Bruce Jenner’s transition into a woman, Caitlyn, the family have hit another roadblock.

Lamar Odom, the ex-husband of youngest Kardashian sister Khloe, is currently on life support and in a coma after being discovered unconscious at a brothel.

The former LA Laker was reportedly under the influence of cocaine and herbal viagra when he was found.

According to TMZ, sources cite the reason for Lamar’s spiral out of control at the brothel as an episode of Keeping Up with the Kardashians that aired on Sunday night.

In the episode, Khloe is seen fleeing a club that Lamar is trying to enter.

A day after the basketballer’s hospitalisation, Scott Disick, the longtime partner of eldest sister Kourtney, entered rehab for drug and alcohol addiction.

This is not the first time Scott has sought treatment for substance abuse. He has also struggled with anger management issues in the past.

At such a turbulent time for the First Family of reality television, it’s important to pose a tough question: how did it all go so wrong?

When the original series of Keeping Up with the Kardashians first aired on the E! Network in October 2007, it was a peek inside the household of a big, loud American family. A kind of Brady Bunch for the selfie generation.

What the show has become since is far harder to summarise: an often-concerning mix of family politics, societal issues, public scrutiny and private struggles all wrapped into an airbrushed, fake-tanned, surgically-enhanced bundle and marketed to the hilt.

It’s a series of family tragedies, with incidences like car crashes, divorces, drunken fights and ultrasounds teased in ad breaks like they’re the results of a talent show.

For all their money and fame, the Kardashian family spend more of their time on camera crying or complaining than they do celebrating their lavish lives.

In a piece for Decider, American writer Matt Thomas lamented “the unrelenting sorrow of Keeping Up with the Kardashians, the saddest show in television history”. He’s not far off.

Often the target of internet vitriol, the Kardashian family’s journey to the small screen was by no means a fairytale.

After the loss of their father, lawyer Robert Kardashian, in 2003 from esophageal cancer at the age of 59, Kim found fame when a sex tape she filmed with her then-boyfriend leaked online.

Now that they have arrived at the peak of international fame, the rewards they’re reaping are far from ideal.

The youngest member of the family, 18-year-old Kylie Jenner, is virtually unrecognisable thanks to a full body makeover (including collagen lip injections) which began at the age of 16.

Her current boyfriend, rapper Tyga, is 24 and began dating Kylie when she was 17 and underage – a fact many people criticised.

He sings about the relationship in a song titled Stimulated, rapping: “They say she young, I should’ve waited. She a big girl, dog when she stimulated.” Rob Kardashian, the only son of Kris Jenner and Robert Kardashian, has been reclusive over the past year thanks to a dramatic weight gain and rumoured struggles with mental health.

In the past, Kim has identified the reasons for Rob’s breakdown as being family issues he hasn’t dealt with.

“I think it’s been circumstances in his life that he just really hasn’t dealt with. Whether it’s, you know, the loss of our father, or certain break-ups, or, you know, he was extremely close to Lamar [Odom] and when, you know, Khloé and him broke up, that was really hard on him. So I think it was a couple things,” she told the US Today show this year.

Warning: some viewers may find this video offensive.

In addition to Khloe’s 2013 split from Lamar following his battles with cocaine addiction, Kris filed for divorce from Bruce in 2014, around a year before he began identifying as Caitlyn Jenner.

In the past month, Kourtney’s long-term relationship with her partner and father of their three children, Scott, ended after he was photographed with another woman.

Who is to blame?

It’s not that we should pity the Kardashians. Their fame and fortune is enviable and they’ve built an empire off being in the public eye.

Instead, perhaps we should think before we criticise – would we be any different under such intense scrutiny?

Or worse, was it us, the public, who drove them to their own destruction out of voyeurism and vitriol? How Keeping Up with the Kardashians became so sad