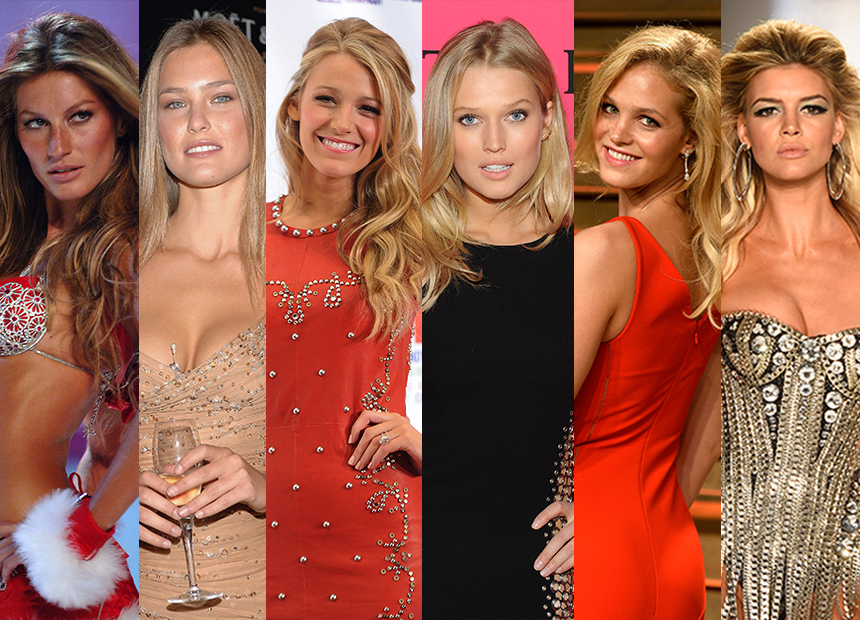 At last year’s Golden Globe Awards, comedian Tina Fey quipped: “And now, like a supermodel’s vagina, let’s all give a warm welcome to Leonardo DiCaprio.”

Scandalous, sure, but it turns out Fey wasn’t far off the mark in her appraisal of the actor’s dating history.

With reports the longtime bachelor has finally popped the question to model Kelly Rohrbach, it seems like the perfect time to recap the 40-year-old’s supermodel-laden love life.

There’s also a number of shared qualities tying together the women in Leo’s life.

They’re all models or actresses with major contracts with swimwear, underwear or make-up companies.

They all get to spend quality time with DiCaprio bike riding around New York City or taking their designated one exotic vacation per romantic stint.

And they have a median age of 22. The eldest thus far is Rohrbach, who comes in at a positively decrepit 25.

Here’s a short history of Leonardo DiCaprio’s love life, from one blonde to another. Age: 20 at the time of their relationship, 35 today Age: 20 at the time of their relationship, 30 today

Holiday: A 2007 trip to Israel, Refaeli’s home country, to meet with the Israeli president Holiday: Mexico in 2012 with DiCaprio’s mother Age: 24 at the time of their relationship, 28 today

Activity of choice: Bike riding/lying around on yachts Age: 21 at the time of their relationship, 23 today Holiday: The French riviera on DiCaprio’s yacht in July this year

And the next in line…

Should DiCaprio’s relationship with Rohrbach not make it all the way to the altar, it’s pretty clear where he’s headed next.

At the age of 20, with both Sports Illustrated and Victoria’s Secret contracts, a penchant for outdoor activities like horse riding and bike riding, and long, blonde hair, model Gigi Hadid fits the bill.