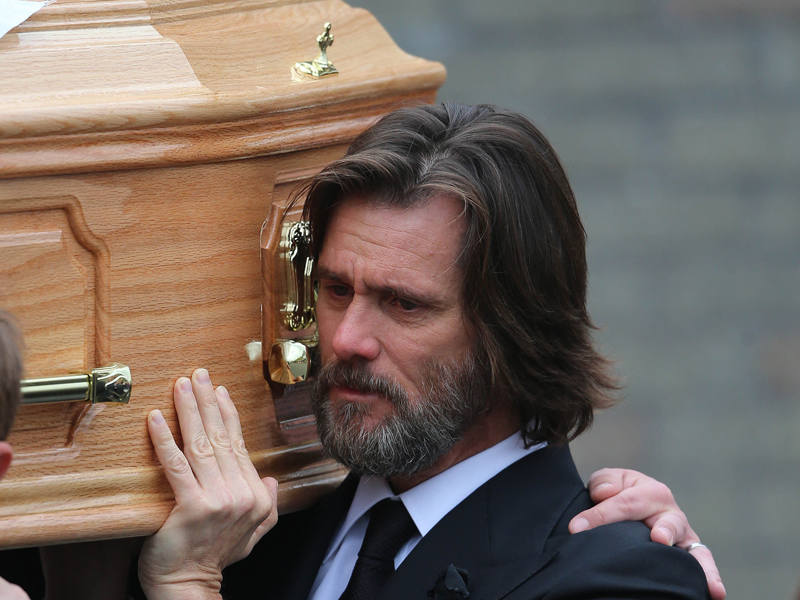 Jim Carrey has carried the coffin at his ex-girlfriend’s funeral in Ireland.

Cathriona White, remembered as a loving daddy’s girl who wanted the world to be a better place, was found in her Los Angeles home late last month after a suspected suicide.

Carrey dated the 30-year-old make-up artist in 2012 and they were pictured hand-in-hand in New York earlier this year.

The Hollywood star fought back tears and walked with his arms around White’s sister Lisa as hundreds of family and friends gathered to mourn her death at the Church of Our Lady of Fatima in the village of Cappawhite, in Tipperary.

On his Twitter page on Saturday, Carrey posted a dark picture of White looking up at him with the simple caption, “Love cannot be lost”.

White’s stepsister Sarah gave a moving eulogy at the funeral in which she said love was the only word she needed to remember her, saying it’s hard to imagine life without her stepsister.

Carrey was among six men who acted as pallbearers as they left the small church and led the mourners on the 500m walk to the cemetery on a hill on the edge of the village where her father was buried three years ago.

Carrey described her death as like being “hit with a lightning bolt”.

The Los Angeles County coroner’s office is leading the investigation into her death.