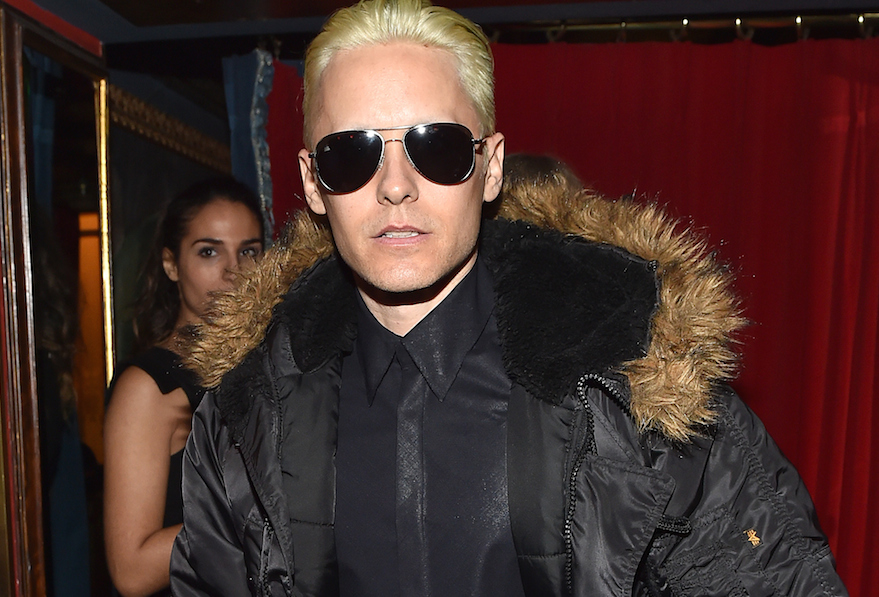 Oscar winner Jared Leto took drastic steps to get into character as The Joker in next year’s Suicide Squad film, according to his co-star Will Smith.

In an interview with Zane Lowe on Beats 1 radio station, Smith revealed he still hasn’t officially met the real Leto because he took the comic book antihero role so seriously.

• What is the Suicide Squad? Here are the juicy details
• Extreme makeover: shocking celeb weight loss

“We worked together for six months and we’ve never exchanged a word outside of ‘Action!’ and ‘Cut!’ I literally have not met him yet. So, the first time I see him will be ‘Hey, Jared. What’s up?’ He was all in on the Joker.”

This “all in” approach included sending his co-stars gifts from his character, including a fairly unusual delivery for co-star and on-screen love interest, Margot Robbie.

“It was beautiful. Then he sent bullets to Will [Smith] with a letter.”

This is not the first time 43-year-old Leto has taken extreme measures to prepare for a role.

For 2013’s Dallas Buyers Club, he dropped more than 13 kilograms and shaved his entire body.

Suicide Squad, which follows the exploits of a gang of devious super criminals working for the government, is due in cinemas August 2016.

You can see Leto’s work in the trailer below.