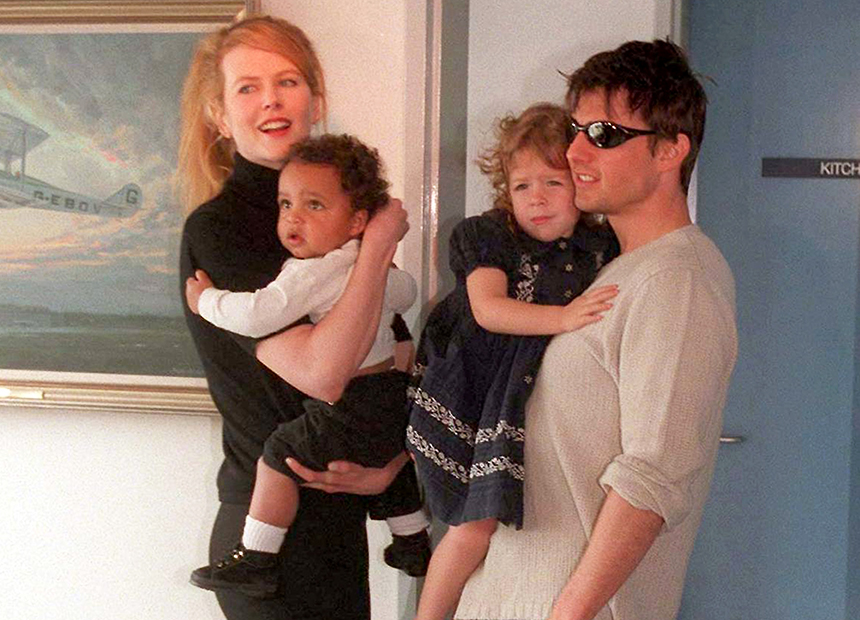 They’re the children of two of Hollywood’s biggest names, but for the most part Connor and Isabella Cruise have managed to keep out of the limelight.

Now aged 22 and 20 respectively, the brother-sister duo were thrown in front of cameras at a young age thanks to the media’s fascination with their parents’ 11-year marriage.

However, following their parents’ divorce in 2001 (during which they decided to live with their father), Connor and Isabella were able to slip back into normalcy.

Now, the siblings are back in the news with reports Isabella got married in a secret ceremony in London on September 18.

According to People magazine, none of Isabella’s family were in attendance, although Tom reportedly paid for the wedding and fully supports the union.

Isabella, like her father, is a member of the Church of Scientology but her hew husband – identified by media as British IT consultant Max Parker – reportedly is not.

The low-key affair, which took place at upmarket London hotel The Dorchester, was a far cry from her parents’ weddings, to each other and then to their new partners (Cruise married and divorced actress Katie Holmes, while Kidman is still married to country music singer Keith Urban).

Although their parents have gone on to have more kids with different partners (Cruise has daughter Suri with Katie Holmes, and Kidman has daughters Sunday and Faith with Urban) the kids have stayed close friends and have occasionally been photographed spending time together. Apart from a 2014 interview with Women’s Weekly in which Nicole described her eldest kids as “generous, kind and hardworking” not much is known about the spotlight-shunning siblings.

So just who are the Hollywood kids today? Here’s an update on their adult lives.

Now a married woman, Isabella is a hairdresser who recently graduated from the Delamar Academy of Make-up and Hair in West London.

Prior to that, she studied art at a university in London before doing a diploma in hairdressing at the Vidal Sassoon Academy.

The 22-year-old is a scientologist and, according to the Daily Mail, travelled to the religion’s world headquarters in Clearwater, Florida, in December last year.

Intensely private, Isabella asked four of her friends from the Vidal Sassoon Academy to be her bridesmaids and kept the guest list for her wedding very limited.

Nicole has reportedly spent time reconnecting with her eldest daughter while she is living in London to star in West End play Photograph 51.

Like his father and sister, Connor is also a scientologist.

He’s also a DJ and actor who has starred in two feature films, Red Dawn and Seven Pounds. Connor is very active on social media, sharing his world travels with his 15,000 Instagram followers.

He recently released some of his music online – a fast-paced track called ‘Refined’. Connor received media attention earlier this year when he took to Twitter to share his thoughts on transgender celebrity Caitlyn Jenner winning the Arthur Ashe Courage Award at the ESPY Awards.

“Don’t get me wrong. Do what you feel like doing and don’t let anyone stop you. But everyone is taking this way too seriously … There are so many more important things that should be talked about … And SO MANY MORE IMPORTANT PEOPLE that actually deserve an award.”

Despite rumours that he and his sister drifted from their mother following her divorce from Tom, Connor has in the past insisted he and his mother are “solid”.

Nicole has been careful not to speak publicly about her children’s religion.

“I’ve chosen not to speak publicly about Scientology,” she told The Hollywood Reporter in 2013.

“I have two children who are Scientologists … and I utterly respect their beliefs.” Cruise and Kidman’s kids – where are they now?