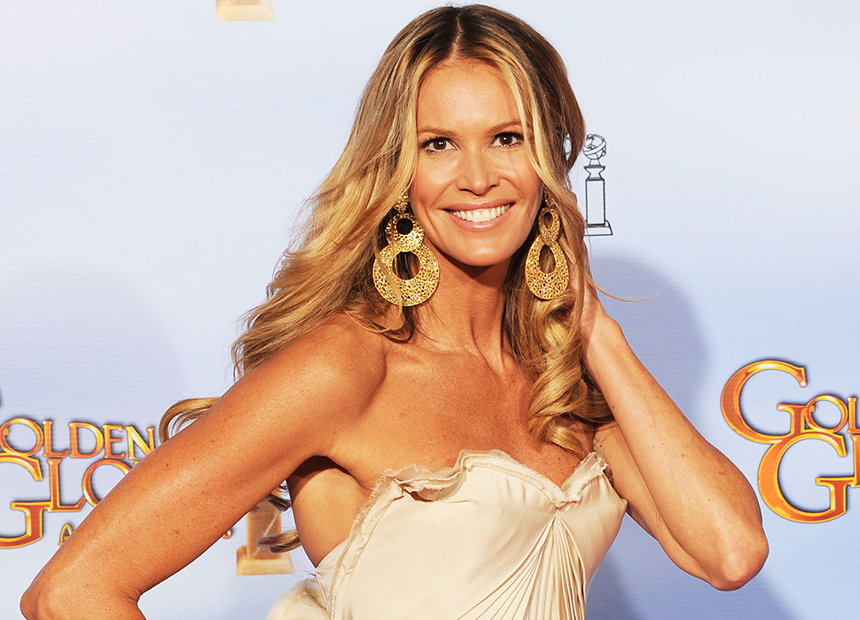 Australian model Elle Macpherson has opened up about a recent health scare that made her overhaul her lifestyle and adopt a strict alkaline diet.

Speaking to the Mail Online, the 50-year-old revealed she discovered a lump in her breast on her 49th birthday.

“I thought I had cancer. I was away shooting Britain and Ireland’s Next Top Model, so I couldn’t see my doctor and I was really panicking,” Macpherson said.

“It was four weeks before I got the biopsy results, so it was a long-drawn-out and stressful period of not knowing.

“I was lucky — it was a fibroadenoma [a benign growth], but it was a really big warning. I did some soul searching and realised that maybe I was taking the wrong vitamins and minerals, not eating properly and was too stressed.”

At the time, ‘The Body’, as she was nicknamed, was flying all over the world and getting limited sleep.

“I’d put the boys to bed at 9 or 10pm and work until 2am because that was the only quiet time,” she said.

“Then I’d get up at 6am. I did that for years. I thought I was incredibly productive; I didn’t realise I was burning out my adrenals and hurting myself just from not getting enough sleep.

“I decided that if I was to maintain my body, it had to come from the inside. It wasn’t going to come from only putting creams on my face, and I’m not one who can mess about with plastic surgery at this point.”

To make the change, Macpherson visited a nutritionist who advised her to adopt an alkaline diet which involves cutting down on meat and dairy and increasing her intake of green, leafy vegetables.

Earlier this year, Macpherson made headlines after she said she kept a urine testing kit in her handbag to check the acidity of her urine.