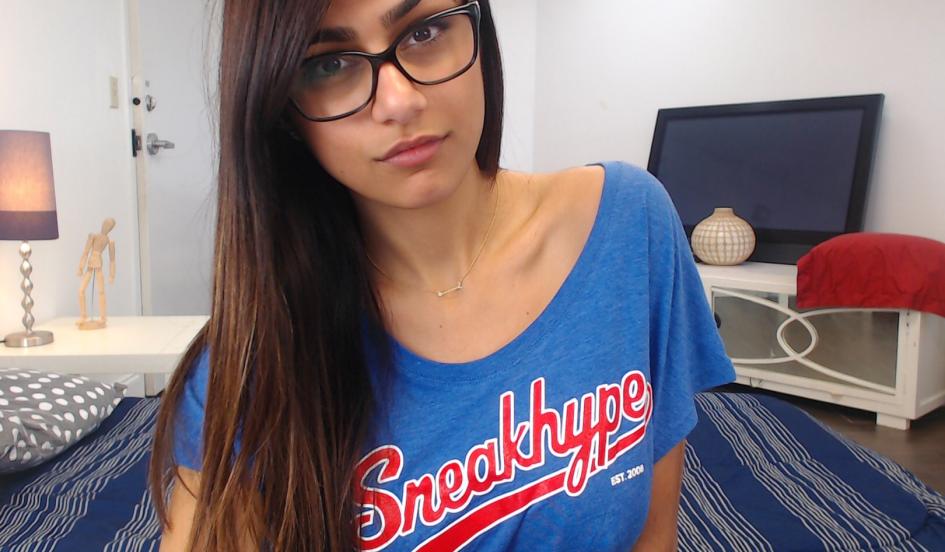 Khalifa, who has a boyfriend, ignored messages from Buffalo Bills player Duke Williams for three months, before apparently deciding she’d had enough.

Khalifa posted a screen shot of the messages (and her reply) to her 600,000 Twitter followers, along with the message: “Warning: Trespassers in my DM’s will be shot and hung out to dry in public”.

Williams responded on Twitter, claiming Khalifa had only chosen to post part of their message history, and that he simply wanted her to join him at a pool party.

Warning: Trespassers in my DM’s will be shot and hung out to dry in public. pic.twitter.com/aPUGkmooat

Naming and shaming on social media was on the agenda closer to home last month when Daily Life writer and feminist Clementine Ford decided to post lewd private messages she was receiving from men on Facebook.

The messages were in response to a topless photo Ms Ford posted, protesting a Sunrise Facebook post which blamed women who took naked photos of themselves for having them stolen and shared online.

After sharing the photo, Ms Ford was inundated with sexual advances and threats of violence and rape.

Utilising her 50,000-strong Facebook page, Ms Ford decided to collect the images and post an album of the lewd messages.

Speaking to The Project at the time, Ms Ford was steadfast in her decision to name and shame the men, as she saw it as the only effective way to deal with the abuse.

“I don’t think there’s any mechanism, particularly on Facebook, to deal with these things,” said Ms Ford.

“These are the kind of attitudes that we are told to ignore … and the reality is that girls and women are being bullied and staying silent for fear of more backlash.

“I want to show them that when you speak out people rally behind you and that makes you stronger.”

The real consequences of online abuse

While some high-profile people like Ms Ford seem confident enough to withstand online trolls, naming and shaming is far from a perfect solution.

The attempted suicide of model and TV personality Charlotte Dawson in 2012 was a stark reminder of the potentially tragic repercussions of online abuse.

Dawson had been receiving online abuse via Twitter at the time, including a suggestion that she “hang herself”, and like Ford had taken to re-tweeting the abusive comments.

“If you’re going to express those points of view, you should do it with a face and a name so that you can be accountable,” Dawson said. “It’s the anonymity they celebrate because they think there are no consequences.”

Dawson continued to respond to her trolls before tragically ending her life in 2014.

Should we name and shame?

“These aren’t issues that can be solved by something as succinct as a screenshot or photo.”

However, Ms McDonald does agree with Ms Ford’s questioning of the effective channels for complaining about abuse on social media.

An expert in sexual harassment in the workplace, Ms McDonald finds that women have far clearer, designated channels of resolution when at work, compared to the deregulation of the Internet.

Unfortunately, Ms McDonald’s research shows that women who do use the regulated channels to complain about sexual harassment at work are more likely to have the abuse continue, and even be met with sanctions.