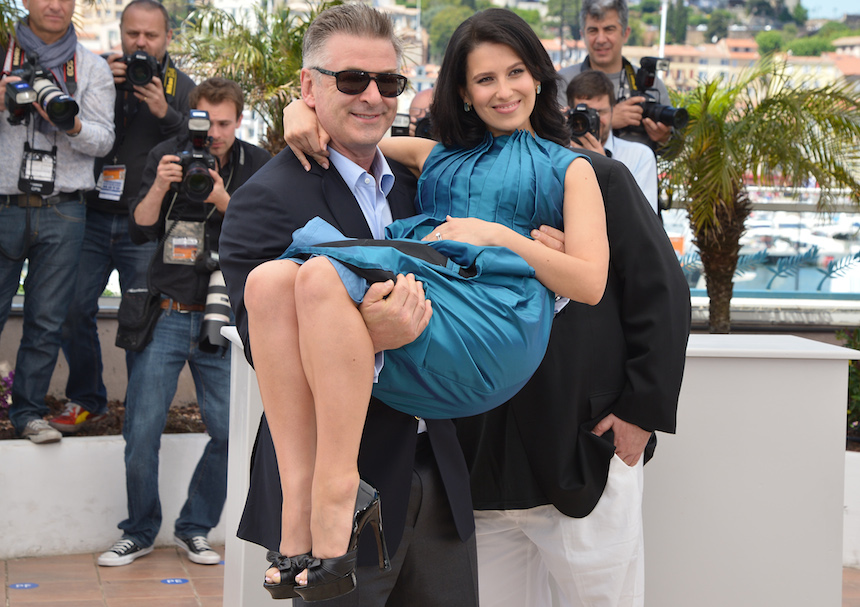 So it’s official, another Hollywood ‘it’ couple bites the dust. Shocker.

Actress Charlize Theron, 39, has called off her engagement to fellow movie star Sean Penn, 54, mere months after proclaiming he was the “love of her life”.

The world of celebrity dating is a bizarre and convoluted one, dominated by names like Taylor Swift and Leonardo DiCaprio and rarely ending in lifelong romance. Kudos to Tom Hanks and Rita Wilson.

While Charlize’s split after 18 months is hardly surprising, it highlights the one rule of lasting relationships in Hollywood: date normal people.

The following individuals are the average, everyday folk who managed to bag the big names. And the big names are better for it. The pair have been married since 2012 and have two young kids together, one-year-old daughter Carmen and newborn son Rafael.

Hilaria has acquired quite the social media following thanks to her impressive yoga poses, which Alec helps her to stage on the roofs of cars, and her adorable snaps of Carmen.

Hilaria’s Instagram account also provides rare insights into her actor husband’s softer side, like the below screenshot of his text messages to her (she’s the blue, he’s the grey): The couple, who share a 26-year age gap, met at a raw food restaurant in New York in 2011. Alec proposed a year later. Matt was filming his comedy Stuck On You and ended up at Luciana’s bar.

“We ended up at a bar where my wife was the bartender. I literally saw her across a crowded room,” Matt said of their meeting.

“I don’t know how else our paths would have crossed if that didn’t happen.

“The moral is that when you’re tired, suck it up and go to the bar because you might meet your wife.”

Matt calls the Argentinian-born Luciana his “soulmate” and has a rule where he never leaves her for more than two weeks for work.

The pair married in 2005 and have four daughters together. But despite his dark past, Robie’s partner, Gone Girl star Rosamund Pike, 36, credits him with giving her a new lease on life.

Seventeen years Rosamund’s senior, Robie is a mathematical researcher who was educated at the UK’s prestigious Eton College and has been married twice.

The pair have been together for nearly seven years and have two children.

“I have a very clever partner who’s got a very astute mind and is very, very well read,” Rosamund told The Telegraph of Robie in 2014. Eddie Redmayne may be an Oscar winner, but when he accepted his golden statue it was his wife Hannah Bagshawe who he thanked.

And for good reason – Hannah agreed to cut their honeymoon short so they could attend the Golden Globes, where Eddie won Best Actor.

Like Robie Uniacke, Hannah and Eddie, both 33, met at Eton College, which is where Eddie studied.

Hannah has a Masters degree in English Literature and French and works in public relations.

The couple got engaged in 2014, were married earlier this year (Hannah was half an hour late to their wedding) and honeymooned in the Alps. “This really drunk guy was hitting on me, making such an idiot of himself, yelling at me,” Reese told Elle magazine.

“Jim came over and said, ‘Please excuse my friend. He’s just broken up with someone’. And I remember thinking, his friend is such an a***, what a jerk. And that Jim was a really good friend, pulling him out of that situation.”

Reese had previously been married to fellow Cruel Intentions actor Ryan Phillippe, with whom she has two children.

The pair have one son, Tennessee James, together.