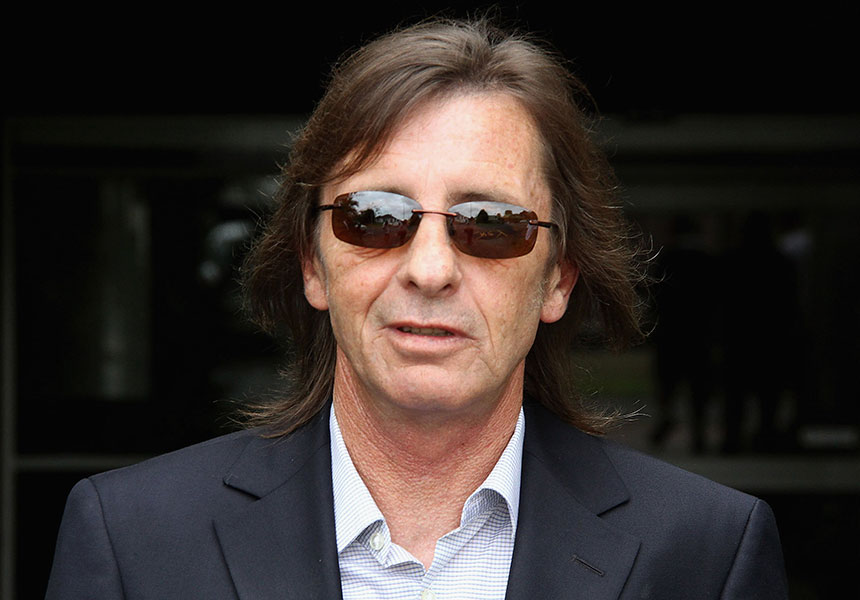 AC/DC drummer Phil Rudd, who threatened to kill an employee when angry about a solo album launch, is to seek a discharge without conviction.

Rudd pleaded guilty in a New Zealand court on Tuesday to one charge of threatening to kill and two counts of drugs possession, one relating to methamphetamine and the other to cannabis.

A fourth charge, of threatening to kill another person, was withdrawn by the Crown during a hearing in the Tauranga District Court.

Melbourne-born Rudd, 60, has been remanded on bail until sentencing on June 26.

Crown prosecutor Anna Pollett, outlining the agreed summary of facts, said the victim in the threatening to kill charge had worked for Rudd, initially as security guard and then as personal assistant.

He became angry when the launch did not go well and sacked a number of people from his team, including the victim, with whom he was particularly upset.

On September 25, Rudd called an associate to say he wanted the victim “taken out”.

The following day, he rang the victim to say: “I’m going to come over and kill you”.

He made two further calls on subsequent days to the victim, who became fearful for his safety.

Rudd’s lawyer, Craig Tuck, told the court he would apply for a discharge without conviction.

Rudd, who lives in Tauranga, was wearing a black jacket, white shirt and red tie. He made no comment to waiting media as he arrived at the courthouse.

In court, he was silent apart from softly answering “guilty” to each of the three charges when they were read to him.

Judge Robert Woolff noted that, although Rudd had pleaded guilty, no convictions had been entered.

The drugs charges were laid after police executed a search warrant at Rudd’s home on November 6.

He was found to have 0.478 grams of methamphetamine and 91 grams of cannabis in his possession.

A charge of attempting to procure a murder was dropped a day after it was laid in November.

Mr Tuck said lawyers were looking into the impact of that charge on Rudd’s reputation.

In February, AC/DC announced it had replaced Rudd with former drummer Chris Slade ahead of its world Rock or Bust tour.

Rudd played on recording sessions for the album by the same name, but was unable to promote the album late last year while dealing with the charges.