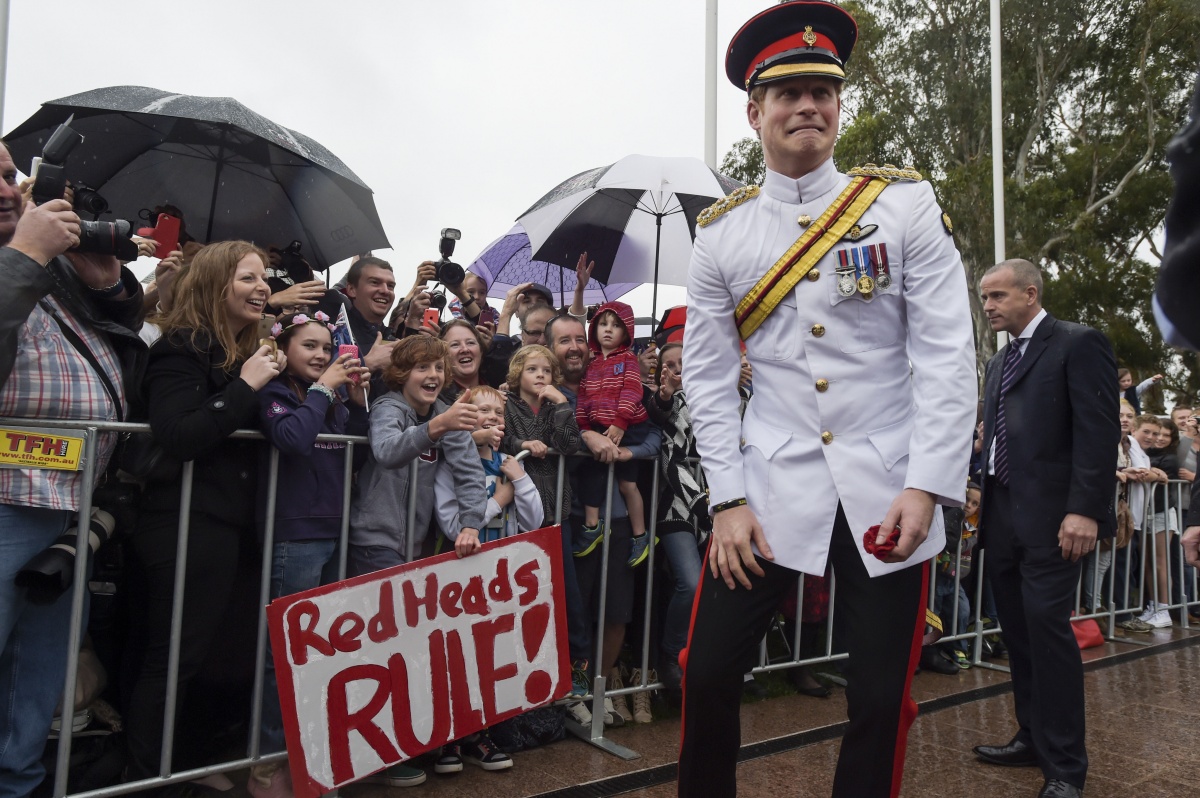 Prince Harry’s in Australia and everybody is fawning over the royal as he reports for a month-long army secondment at Canberra’s Royal Military College.

It’s a dramatic turnaround for Prince Charles’ youngest son who, during a string of indiscretions between 2004 and 2012, often awoke after a big night to find himself the subject of a tabloid news story.

Briggs Communications managing director Allan Briggs says while part of the prince’s miraculous public relations turnaround can be attributed to ‘natural maturity’, he says the prince’s popularity has also benefitted from his involvement with various charitable causes around the world, much like his mother Princess Diana.

The personal branding expert said the prince could take his public persona to a whole new level, by allowing the public to hear his opinion on issues close to his heart.

“Even though his charitable work has been great, he has a very honoured position and he should use it to change people’s minds for good,” Mr Briggs explains.

“He can leverage the position, as his mother did, to motivate people and help them be aware of the causes he cares about.”

“He almost has an obligation to do it because he has a lot of power and a lot of influence.”

In 2004 Harry was involved in a scuffle with a photographer outside a famous London nightspot which was followed by a slew of photos documenting Harry drunkedly stumbling out of clubs.

Things got a little more serious in 2005 when he was spotted wearing a Nazi costume at a fancy dress party – probably Harry’s most controversial moment.

Criticism intensified again in 2009 when video footage the Prince filmed while on military service in 2006 recorded him describing a fellow soldier as “our little paki friend”.

Then in 2012 a now infamous trip to Las Vegas resulted in entertainment website TMZ leaking naked photos of the prince partying with friends in his VIP suite.

As the Royal’s already overworked PR department scrambled to brush off these indiscretions, Prince Andrew, who has fought a PR battle against similar playboy perceptions, took Prince Harry aside and tried to help him onto the right track.

Expert’s note that Prince Andrew tried to re invent himself as a serious philanthropist to very limited success, while Harry has gone for a more affable and less serious charm offensive.

Now, as public opinion of Prince Harry continues to improve, his reincarnation as loveable, endearing and respectable royal is gaining traction.

Ever since he was caught cheekily flirting with Pippa Middleton (Princess Kate’s sister) at his brother’s wedding, the prince’s fortunes have substantially reversed.

Mr Briggs says the royal’s re-branding has thus far been a well calculated one, probably orchestrated with professional help, but aided by Harry simply “growing up”.

“It has really been about him realising what the expectation of his brand is,” Mr Briggs said.

“The turning point for him has been that a bit of natural maturity.”

“His behaviour when younger would have always been far more acceptable for a ‘commoner’ so to speak. But not as a royal.”

“From my perspective it seems like someone experienced has gotten hold of him and coached him in the importance of branding and the community expectation of how he should behave.”