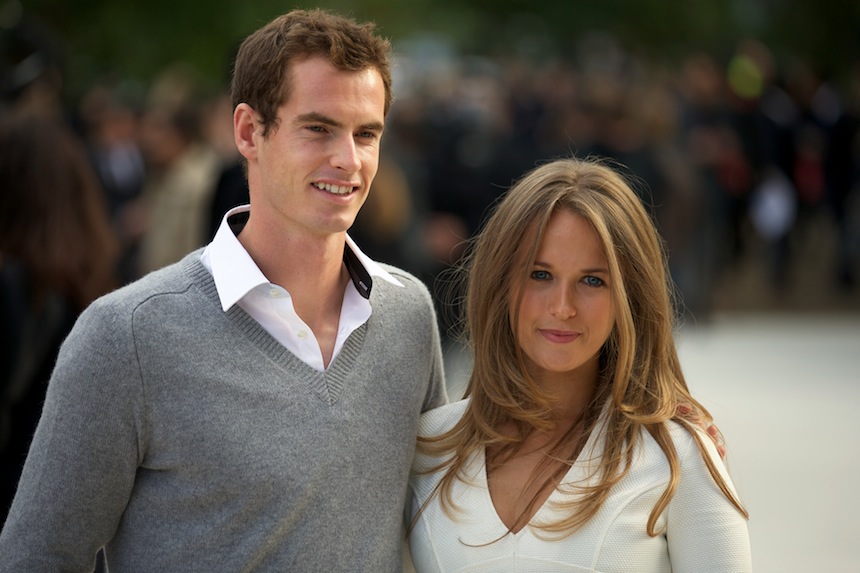 When Andy Murray’s fiancée Kim Sears swore like a sailor during his Australian Open semi-final against Tomas Berdych, some hailed her as a hero while others deemed her “foul-mouthed” and “inapproriate”.

However, those who weren’t fans of the tanned, blue-eyed beauty who is a regular fixture at Murray’s matches were quickly converted by what she did next.

• The Daily Deuce awards: the Open that was
• Kim Sears’ foul-mouthed rant

With a cheeky grin and an air of unabashed confidence, Sears arrived at her husband-to-be’s final against Novak Djokovic on Sunday night wearing a t-shirt emblazoned with the words: “Parental advisory explicit content”.

While the media love to fixate on the looks, engagement rings and private lives of the partners of tennis’s biggest stars, Sears has proven she is worthy of our attention in her own right.

Here’s what you should know about the surprise star of this year’s Australian Open:

1. She has serious tennis pedigree

Sears is the daughter of Nigel Sears, a British tennis coach who has worked with power players such as Daniela Hantuchova and Ana Ivanovic.

One thing Murray loves about his longtime partner is her love, and understanding, of the game.

“One thing that, I think, really helps with her is that she really understands the sport because she has been around it from a young age,” Murray told the UK Mirror in 2013.

“She was used to her dad travelling on the Tour when she was a kid so she knew what it was like to have that sort of distant relationship and that’s obviously helped a lot.”

This could explain why Sears is a regular fixture at all of Murray’s matches, where he regularly looks to her for support.

2. She’s been there from the beginning

No one can accuse Sears of jumping on the Murray bandwagon thanks to his multi-million dollar successes.

When he won his first ever tournament as a professional in San Jose, California, in 2006, it was Sears who he celebrated with in the stands.

The pair met at the 2005 French Open when they were both just 17 years old and have been together ever since, albeit a short break in 2009 (rumoured to be due to Murray’s addiction to video games).

Murray has said in the past he feels “grateful” for Sears who he knows is not just with him for his fame.

3. She’s an artist with lofty aspirations

When she’s not travelling the world with Murray, Sears works as a successful animal portraitist who takes commissions from people who want their pets painted.

A straight-A student, she studied English Literature at Sussex University before settling on painting as her career of choice.

Sears has also been open about her desire to write a novel but admits blogging is “as close as I’ve gotten” so far.

Sears’ flowing mane is reportedly one of the most in-demand hairstyles in British salons and has even elicited its own Twitter account.

@KimSearsHair tweets regular updates on the state of the mane – high humidity? Haircut? Curls? – and images of Sears at Murray’s matches.

Pretty humid after all that rain this evening but that’s no problem for The Hair pic.twitter.com/qtWxZm1emb

5. She has Murray’s mum on her side

In the past, Judy has described Sears as “the best thing that has ever happened” to her son.

6. She’s something of a style icon

Sears has found fame in her native United Kingdom thanks to her playful mix of clothing from affordable chain labels like Zara or Topshop.

She’s also not afraid to make a style statement, often wearing slogan tops bearing the words “Dreamy” or “I shih-tzu not”.

In fact, her perfect hair and unique style has drawn comparisons to the Middleton sisters.

7. She’s not afraid to speak her mind

Sears gets seriously fired up at her fiance’s matches and isn’t afraid to drop the F-bomb and leap out of her chair on occasion.

This was evident during her rant at the Berdych match and is definitely an advantage when dating someone as angry and volatile as Murray.

They just get each other.

Why Kim Sears is not just another WAG