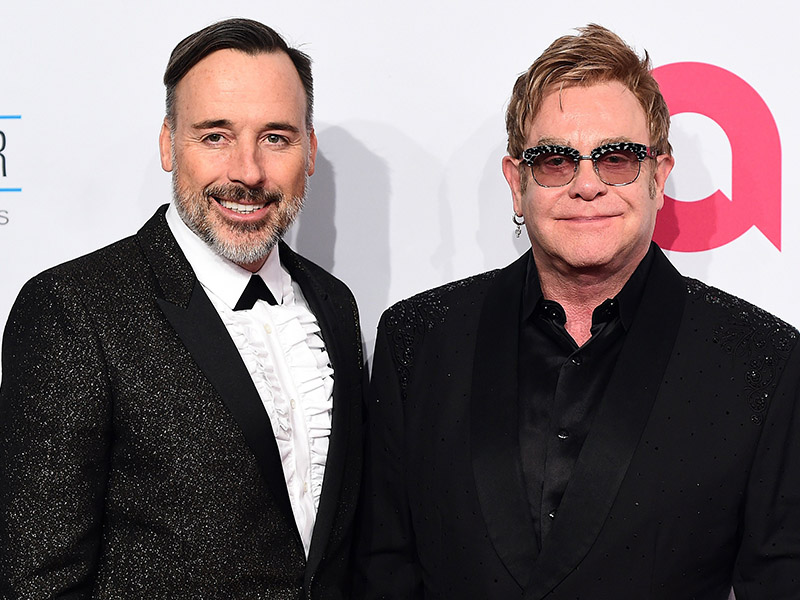 British pop superstar Elton John has married long-time partner David Furnish in Windsor, the ninth anniversary of their civil partnership, with David Beckham and actor Hugh Grant among the guests.

The 67-year-old singer posted a picture on social media of himself and Furnish in blue suits signing a form.

“That’s the legal bit done. Now on to the ceremony!” said the caption.

A fleet of luxury cars whisked the A-list guests through the gates of the couple’s estate in Windsor, west of London, close to the castle where Queen Elizabeth II spends much of her time.

Former footballer Beckham arrived with his children and wife Victoria while comedian David Walliams was spotted with model wife Lara Stone, while Notting Hill star Hugh Grant made an eye-catching entrance in a Ferrari.

Our little ring bearers are fast asleep, and their shoes are polished and ready for tomorrow’s celebration. @DavidFurnish #ShareTheLove

The musician had earlier posted a picture of an invitation on his Instagram page, with the words “Sir Elton John and David Furnish request the pleasure of your company to celebrate their wedding on Sunday the 21st December” written on a background of red roses.

Around 50 guests, also including singer Ed Sheeran, Elizabeth Hurley and Ozzy and Sharon Osbourne, have reportedly been invited to the ceremony.

Although known for his flamboyance, the ceremony is expected to be “a small, intimate do” with guests being served festive canapes and mulled wine, according to the Daily Mail.

It is believed the ring bearers will be the couple’s two sons, Zachary, three, and Elijah, 23 months.

The exchange of vows. #ShareTheLove

John and Furnish – who divide their time between England, Beverly Hills, Atlanta, Venice and Nice in the south of France – entered a civil partnership soon after the institution began in Britain in 2005 and have now been together for 21 years.

The 2005 celebration was a much grander affair, with 650 guests invited.

“Sir Elton”, who was knighted in 1998, was ranked number four in the most recent Sunday Times newspaper Rich List of British and Irish musicians, with a personal wealth estimated at STG240 million ($A438 million).

Early in his career, John hid his sexuality and married a woman. He later became an advocate for gay rights and has been active in the fight against AIDS.

That’s the legal bit done. Now on to the ceremony! #ShareTheLove @DavidFurnish