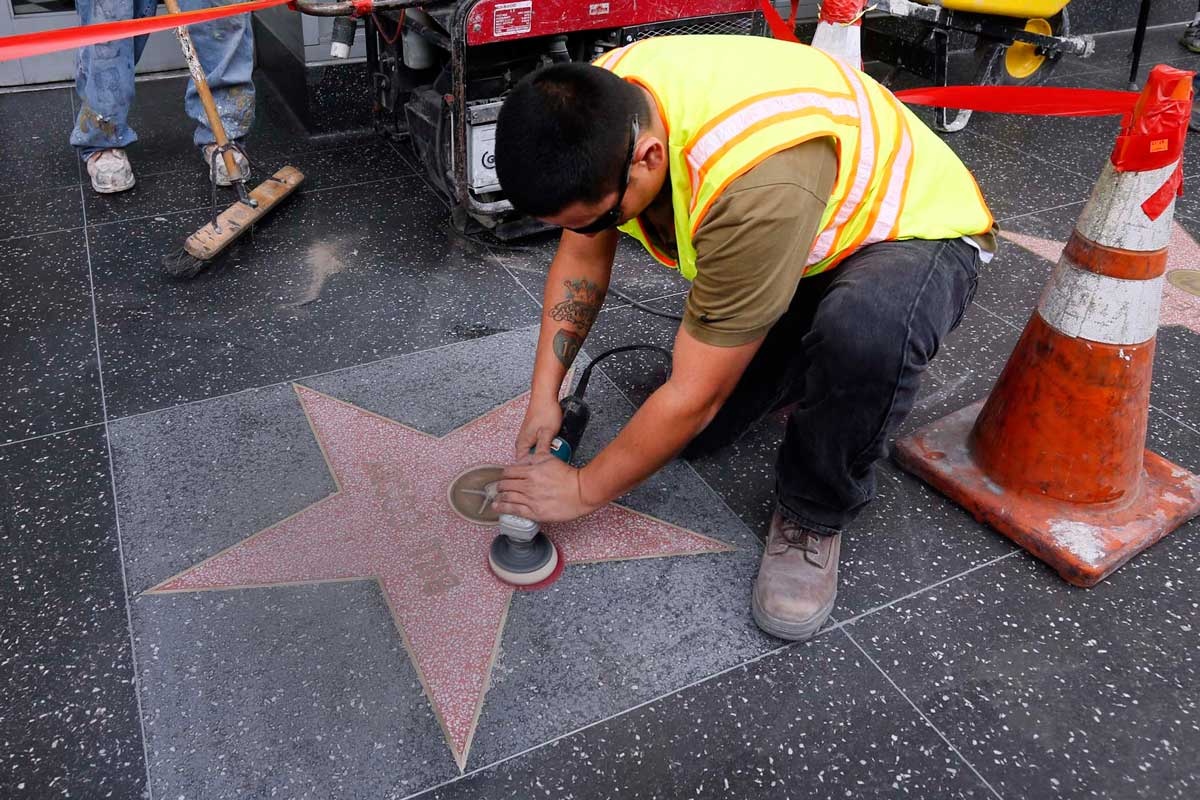 A vandal has scrawled the word “rapist” on Bill Cosby’s star on the Hollywood Walk of fame, in the latest unwanted news for the embattled veteran comic.

The word was written three times on the star on the storied Walk of Fame, the stretch of celebrity themed footpath visited by millions of tourists every year.

The Hollywood Chamber of Commerce, which looks after the stars and organises ceremonies for new inductees, acted quickly to have the graffiti removed.

“The Hollywood Walk of Fame is an institution celebrating the positive contributions of the inductees,” it said in a statement on Friday.

“When people are unhappy with one of our honorees, we would hope that they would project their anger in more positive ways than to vandalise a California State landmark.

“The star is being cleaned up at this time,” it added – but not before pictures of the defaced star appeared on social media.