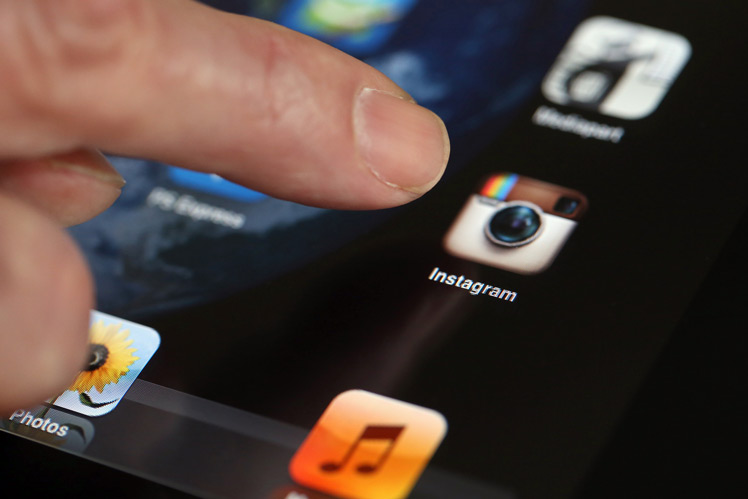 An uncharacteristically demure image of Kim Kardashian and Kanye West exchanging a wedding kiss was the most-liked Instagram of 2014.

Posted in May when the couple tied the knot in Italy, the photo – with the California reality TV star in a long-sleeved Givenchy gown – drew 2.4 million likes.

• Why Kim Kardashian’s bum is a threat to us all

That was well-above the combined 1.49 million likes she got after she posted two of her infamous bare-buttocked “break the internet” cover photos from Paper magazine last month.

In second place was an atmospheric black-and-white selfie of Justin Bieber with fellow pop star and ex-girlfriend Selena Gomez, with 1.9 million likes.

Another pop star, Ariana Grande, came in third, with 1.84 million likes for a photo of her planting a kiss on songstress Miley Cyrus’s left cheek.

Bieber, Kardashian, Grande and Gomez are among the top five most-followed Instagram users.

Disneyland, in southern California, Dodger Stadium in Los Angeles and New York’s Times Square were the most geotagged Instagram locations, followed by the Siam Paragon shopping mall in Bangkok and Gorky Park in Moscow.