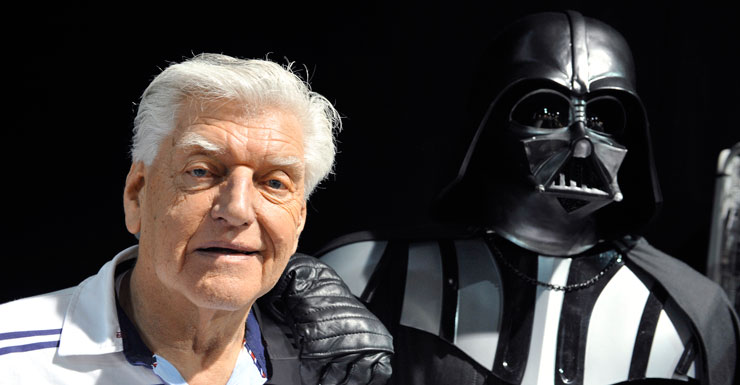 Darth Vader actor David Prowse is absent from the latest Star Wars movie because he is battling dementia.

The British star revealed he would have loved to reprise his role in the latest instalment of the blockbuster sci-fi series but his deteriorating health means he is unable to remember lines.

• Fans get a glimpse of the next Star Wars film

Despite being medicated for the condition, Prowse fears his tablets are not working and he has not “improved at all”.

The 79-year-old tells Britain’s Daily Mirror that fans quiz him about a return to the franchise but he insists Darth Vader is gone.

He says: “Now I would probably forget my lines. But it wouldn’t have mattered what it was, I would have loved to have done something in it – even if it was just a cameo. Sometimes I can’t remember things I did yesterday. That worries me more than not remembering something 20 years ago.

“I don’t feel in any shape or form like I am demented – I’m not staggering around. I’ve never worried about it. It’s other people who noticed it… my wife has probably noticed it more than me.

“I would have loved to have been involved. Of course, Vader got killed off and there was no way back. But the fans ask me if I’m going to be in the new movies and I just say: ‘Sorry, not that I know of’.”

Prowse played Darth Vader in the first three Star Wars films, but his face was never seen and his voice was dubbed by James Earl Jones.

The highly anticipated seventh instalment of the movies, Star Wars: The Force Awakens, is due for release in December 2015.