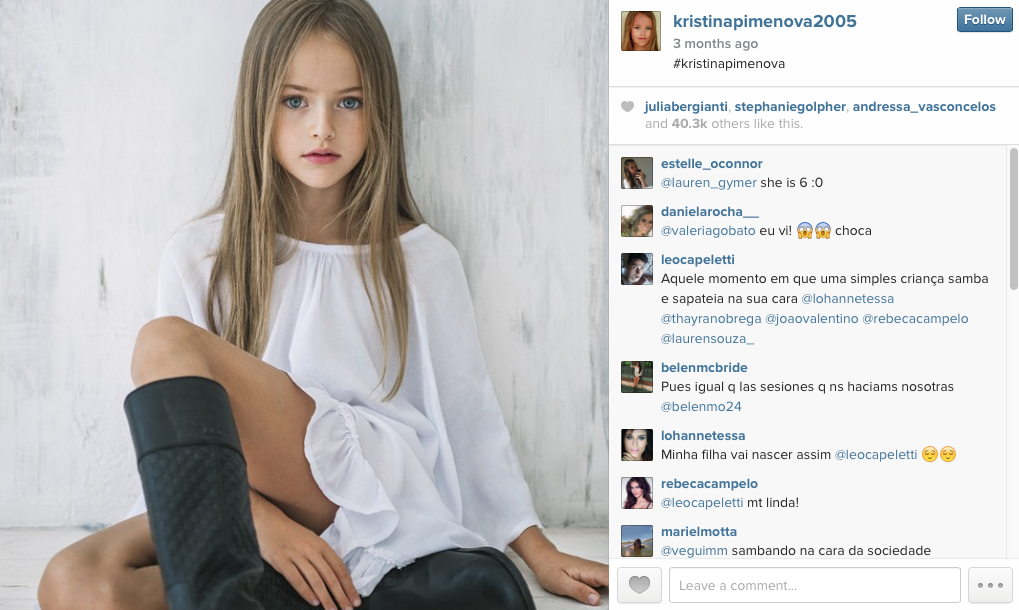 Kristina Pimenova is only eight-years-old, but the child model has already worked for Vogue and Armani, and has more than two million followers on social media.

The Russian supermodel has a cult online following thanks to her mother Glikeriya Shirokova, a former model herself, who maintains Facebook and Instagram accounts for Kristina. You don’t have to look at the comments on her photos for long however, before strange and sexualised messages from men and women alike begin to appear.

Grown women also disturbingly say its “unfair” Kristina is “prettier than I’ll ever be”, while others say they want to be seven-years-old again, just like her. Shirokova has several rules on Kristina’s Facebook page, including that her daughter’s pictures can’t be used for role playing.

The account raises questions over the safety of children on social media, with people criticising Shirokova for sexualising her young daughter and taking “adult style photos”.

Despite the backlash, Kristina is just the latest child model to take the world by storm, with French model Thylane Blondeau seductively posing for Vogue at the age of nine in 2011.

Cindy Crawford’s daughter, 13-year-old Kaia Gerber has also carved out a great career for herself, modelling for Versace at the age of 10.