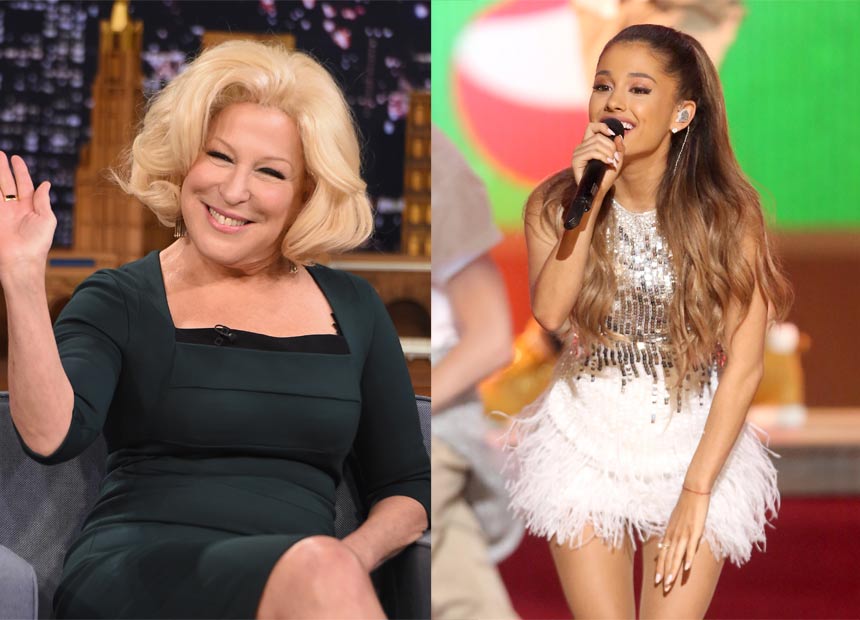 In an interview with The Telegraph, Midler said women didn’t have to sexualise themselves to get attention.

“You don’t have to make a whore out of yourself to get ahead. You really don’t,” Midler said.

“It’s always surprising to see someone like Ariana Grande with that silly high voice, a very wholesome voice, slithering around on a couch looking so ridiculous.”

“I mean, it’s silly beyond belief and I don’t know who’s telling her to do it.”

Grande took the high-road after the comments, tweeting that she would always be a fan of Midler.

“Bette was always a feminist who stood for women being able to do whatever the F [sic] they wanted without judgment! Not sure where that Bette went but I want that sexy mermaid back!! Always a fan no matter what my love,” she wrote.

The 68-year-old responded saying Grande had “a beautiful voice, on a couch or off” and called herself a “reformed old whore”.