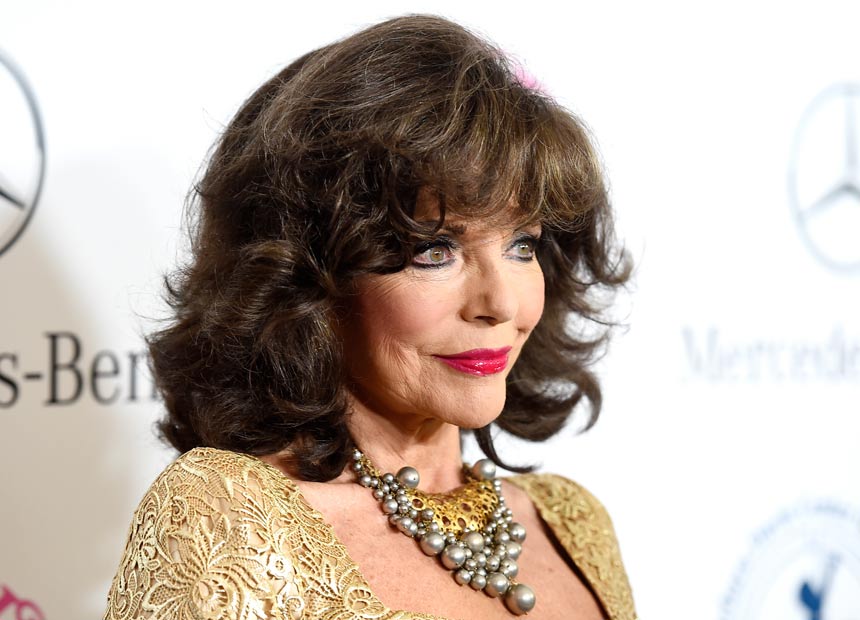 Veteran vixen Joan Collins ran for her life when her bathroom burst into flames. Photo: Getty

Dynasty star Joan Collins has spoken out about being raped at the age of 17 by late actor Maxwell Reed, who would go on to be her first husband.

Collins decided to share details of the traumatic experience in a new documentary about sexual violence titled Brave Miss World.

• ‘I wanted off this earth’: Pamela Anderson reveals rape

“I was raped when I was seventeen years old,” Collins said.

She then goes on to describe how Reed went to take a bath, leaving her with some “books” and a rum and coke.

“The next thing I knew, I was out flat on the sofa in that living room and he was raping me. And what he had given me was a drug. He had drugged my drink.

“It was what is called in those days a Mickey Finn. Which I think today would be Rohypnol. It felt so horrible. That I… That I’d done this thing.”

Joan Collins tells of marrying a man who raped her