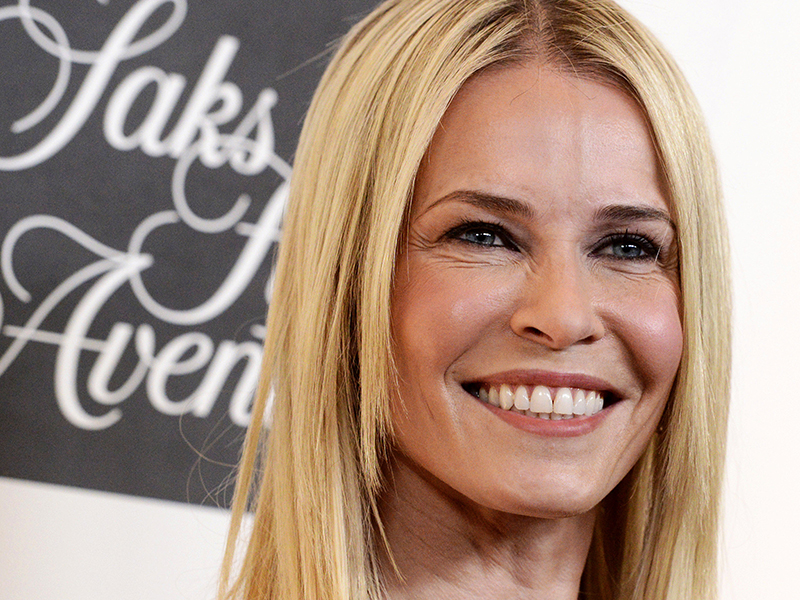 US comedienne Chelsea Handler is fighting with Instagram after it took down a topless picture she posted looking similar to a famous shirtless picture of Russian President Vladmir Putin on horseback.

“Taking this down is sexist. I have every right to show I have a better body than Putin,” the 39-year-old actress and talk show host said on her Twitter feed after the spat erupted.

• Who did Joan Rivers ban from her funeral?
• JK Rowling named witch after woman she hated
• Taylor Swift’s 1989 stuck it to the critics

The picture showed Handler on a horse, next to one of a similar pose to Putin in 2009, which provoked much amused debate at the time over his attempts to present him as an all-action leader.

The image is on twitter, and comes with a warning about nudity

But it was taken down three times in succession by the image-sharing service, which blocked it with a message saying “@chelseahandler, We removed your post because it doesn’t follow our Community Guidelines”.

Handler countered: “If a man posts a photo of his nipples, it’s ok, but not a woman? Are we in 1825?” adding: “If instagram takes this down again, you’re saying Vladimir Putin Has more 1st amendment rights than me.

“Talk to your bosses,” she told them.

She subsequently reposted the picture to Twitter, where it remained viewable on Friday, albeit behind a warning which said “The following media may contain sensitive material”.

“You can now find my dogs and my breasts on Twitter only where my followers have the right to choose what they say. Bye bye instablock,” she wrote.

Putin it out there … Handler’s topless photo banned