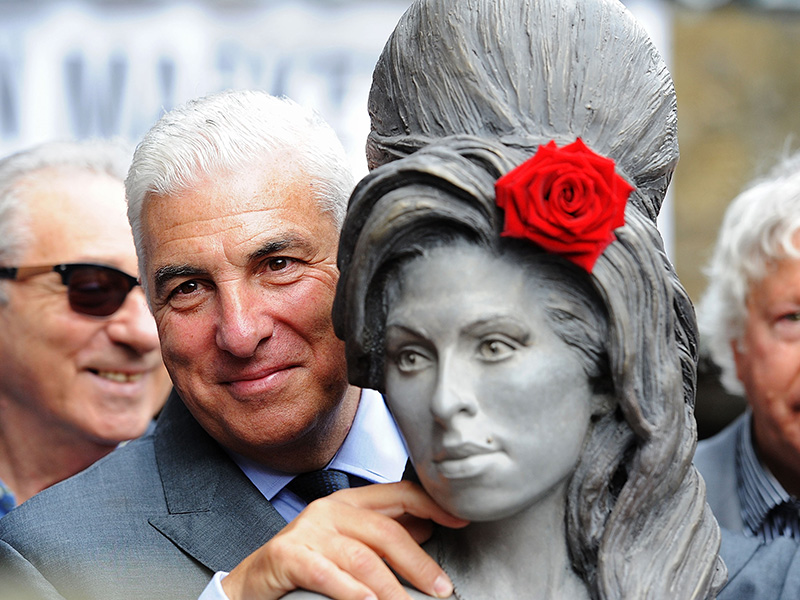 A life-size bronze statue of Amy Winehouse, complete with a red rose in her trademark beehive hairdo, has been unveiled in London to mark what would have been the British singer-songwriter’s 31st birthday.

Relatives and fans of the musician gathered in Camden, the north London district where she lived until her death in 2011 following a struggle with addiction, to see what would emerge from a large black box.

The statue that appeared was dressed in high heels, a short dress with a belt and topped with the star’s usual beehive hair style with a live red rose.

“It is like stopping her in a beautiful moment in time. We really hope Amy’s fans love the statue,” said the singer’s father Mitch Winehouse, who said seeing the statue was “incredibly emotional”.

Family members took photos with the statue, which will stand as a permanent memorial in Camden’s Stables market, the heart of Winehouse’s old stomping ground. Sunflowers and roses were laid at its feet.

“The pose had to capture Amy’s attitude and strength, but also give subtle hints of insecurity,” said London-based sculptor Scott Eaton.

“The hand on the hip, the turn of the head, the grabbing of the skirt, the turned-in foot — these are all small elements that contribute to the personality of the piece.”

But not everyone was happy with the tribute.

“I’m a massive fan of Amy Winehouse but I don’t like the statue,” said Twitter user niamhie_c.

“The only problem with the statue of Amy Winehouse is that is looks absolutely nothing like Amy Winehouse,” commented LouboutinJools.