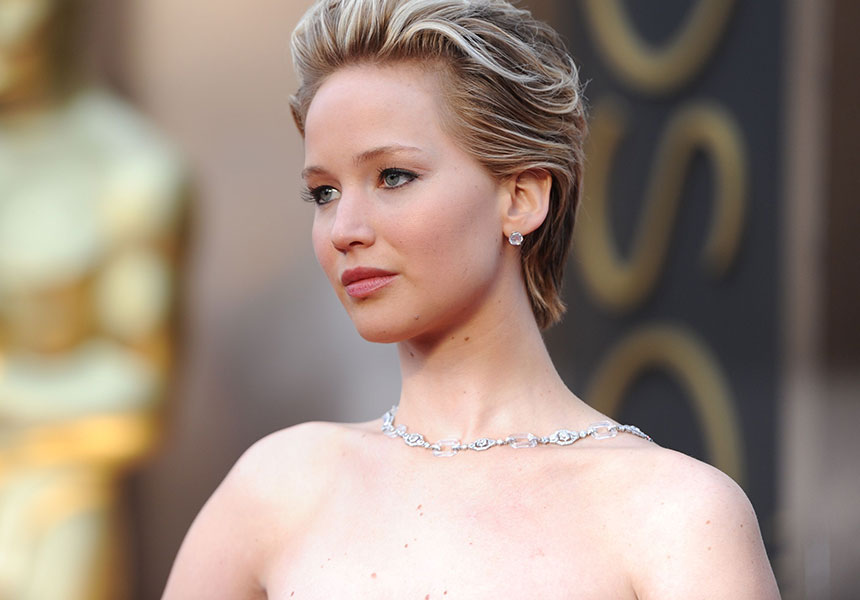 I am so glad I am 57. I am so grateful that I did not have to navigate the many complications of modern technology when I was young, inexperienced and naive.

When my generation experimented with our sexuality or flirted in a risky fashion (it was called heavy petting in those days) we did it in private and no records were kept. Mind you, there may still be the odd fading polaroid in shoe boxes all over Australia that might embarrass if found (“Grandma! Is that you?”). Thank goodness, for my generation, that is as bad as it is going to get.

• Hollywood stars would be ‘sick, shocked, hurt’: psychologist
• The cult of the selfie: A snapshot of self-obsession
• Nude celebrity photo hacker ‘on the run’

These days the young (and some of the old) take ‘selfies’ on their phones. Mostly these are dull and inconsequential but occasionally they get the photographer/subject into all sorts of trouble.

A young woman took a selfie in Auschwitz recently and brought a media storm down on her unsuspecting head because her grin appeared insensitive in such surroundings. The poor kid, whoever she is, has learnt the hard way about trial by social media.

But when the naive photographer/subject is famous, there is a whole new level of risk attached to the vulnerability that comes with this technology. Just a few days ago, young celebrities like Jennifer Lawrence had their phones hacked and compromising pictures – some of which had been long deleted – have been plastered all over social media for anyone to see.

Some people are now even out-selfieing the selfie by taking pictures of themselves with the celebrity photo behind them. I have not seen the hacked photos and will not be looking at them. I will not feed the beast.

The worry for us all is that if the photos were hacked from Apple iCloud, as some are suggesting, then nothing is safe.

The point is the instinct of young lovers to make images of themselves for one another’s enjoyment is not new, it is just that technology has made it both much easier and more dangerous.

In my day, you didn’t take such photos with an ordinary camera because they had to be developed by some pimply kid at the Kodak franchise and that created a natural disincentive. No photos were private then, unless they were the previously mentioned polaroids, hence, perhaps, that camera’s popularity. Prior to photography, half of all art was paintings, sculptures and drawings of the artist’s ‘muse’ aka mistress or object of desire.

I don’t think there is any need for us to be ‘shocked’ or huff and puff our disapproval of young people doing what young people have always done. The people to castigate here are those who do the hacking and the publicising. The worry for us all is that if the photos were hacked from Apple iCloud, as some are suggesting, then nothing is safe.

And how many of us, whatever our age, can claim that if some one combed through our digital footprint there’d be absolutely nothing there we’d rather the rest of the world didn’t see?

Which reminds me, I must make sure that old shoebox is up on a very high shelf.

Jane Caro is a social commentator, writer and lecturer who recently appeared on Q&A.

How to keep your children safe in the digital space with Sexts, Texts and Selfies by Susan McLean. Buy it here.

Jane Caro: why would you take naked photos?