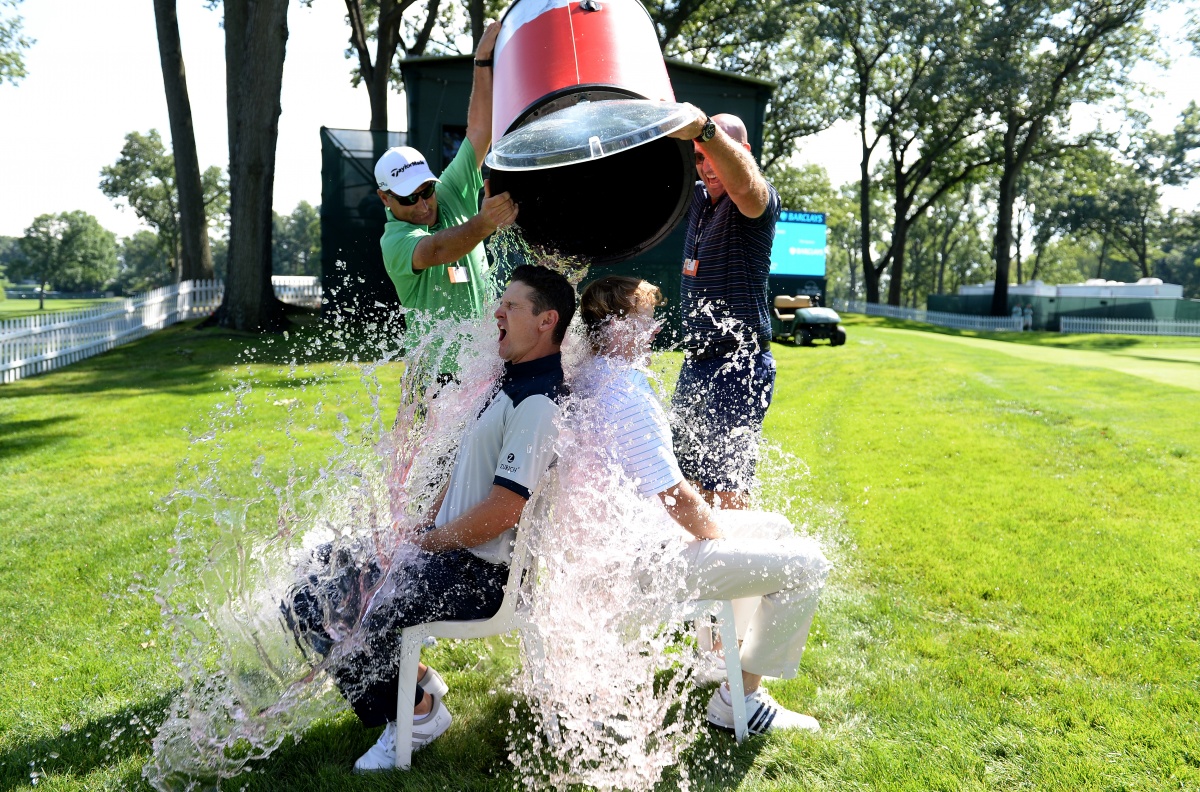 If you use social media, you may have noticed a strange phenomenon in recent weeks: celebrities, young and old, dumping buckets of ice cold water over their heads.

It’s for the ALS Ice bucket challenge, a viral social media effort to raise awareness for a good cause.

Participants are encouraged to donate money and film themselves pouring a bucket of ice cold water over their head, before challenging some chosen friends to do the same within 24 hours.

It all started when 29-year-old ALS sufferer and former college baseballer Pete Frates posted a video of himself to Facebook.

Although Boston-based Mr Frates was not able to douse himself in cold water – “ice water and ALS are a bad mix,” he explained – he encouraged  friends to do it for him.

Since then, his request has gone viral; making its way to everyone from LeBron James and Britney Spears to Bill Gates.

What is amyotrophic lateral sclerosis?

Known as Lou Gehrig’s in the US for its connection to beloved Yankees player Lou Gehrig, ALS is a neurodegenerative disease characterised by weakness, difficulty speaking, swallowing and breathing, and muscle spasticity.

It is the most common motor neuron disease and was brought into the public eye thanks to high-profile sufferer Stephen Hawking.

Despite being given two years to live at a young age, Hawking has lived with the disease all his life.

How much has it raised?

The effort has received some backlash from critics who describe it as “slacktivism”, or activism without much action.

Others have merely dismissed the campaign as an opportunity for narcissists to promote themselves by taking part in a glorified wet t-shirt contest.

However, celebrity involvement appears to have paid off. On Monday, ALS reported that it had raised $15.6 million compared to $1.8 million during the same period in 2013.

Who did it best?

While big names like Martha Stewart, Justin Timberlake and Ben Affleck have all gotten involved, some have embraced the challenge more than others. Here are the top five funniest, most creative or weirdest submissions.

The American actor had someone film his clip in traditional head-spinning action movie style, but it was who he nominated at the end that made the video. Michelle Obama, Angelina Jolie and…Putin? Yeah, good luck with that, Vinny.

The Canadian ice hockey player obviously felt he had to outdo his more famous peers: he enlisted a helicopter to dump glacial water on him against a spectacular mountain backdrop and killer soundtrack.

Cutest Hollywood dad ever? Affleck got his wife (actress Jennifer Garner) and kids involved and the gorgeous giggling at the end is heartwarming.

Challenged by fellow mogul Mark Zuckerberg, super-nerd Gates used his brilliant mind to design and build a contraption to cover him in water.

Clearly, pouring freezing water all over herself is a daily event for the whacky popstar, who doesn’t flinch as she poses scantily-clad covered in ice.

EXPLAINER: what is the ice bucket challenge?