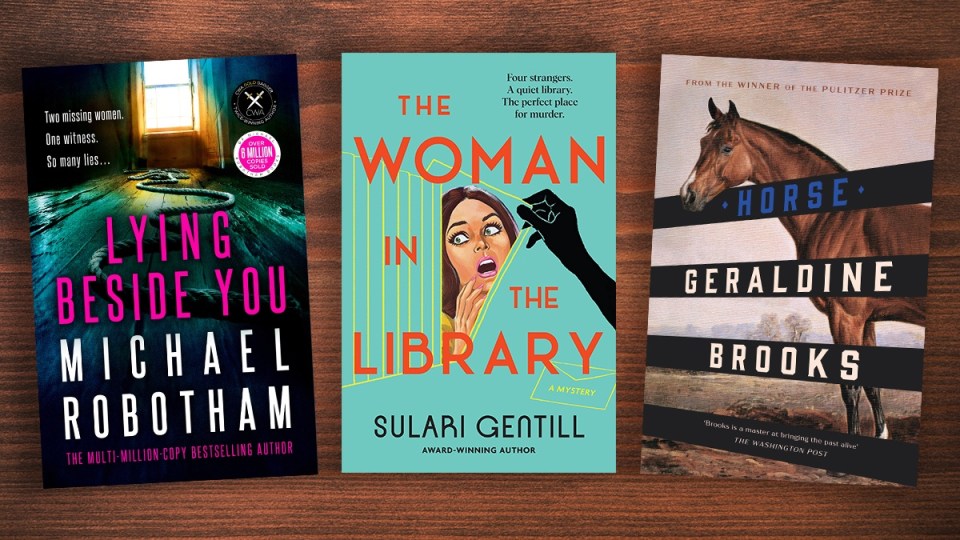 For the voracious readers among us, June is proving to be a great month for books.

There’s a crop of thrillers, featuring the next instalment in Michael Robotham’s bestselling series, plus several debuts from emerging authors.

Without further ado, here are 10 new books to look out for in June. 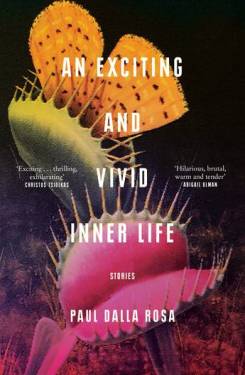 An Exciting and Vivid Life

In his debut collection of short stories, Melbourne writer Paul Dalla Rosa has painted a unique portrait of what it is to be a millennial in today’s often nightmarish world.

The protagonists in the ten short stories “navigate the spaces between aspiration and delusion, ambition and aimlessness, the curated profile and the unreliable body”.

Expect spades of irony and wit and a splattering of existential dread. 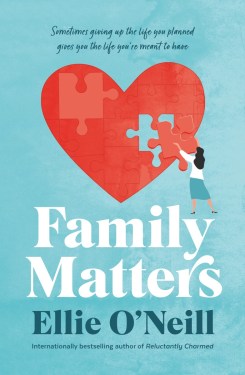 Family Matters is a tale of three generations of women, each confronting their troubles to find the power of family.

For the first time in her 79 years, Evie McCarthy can sense death is coming for her and even her gift of second sight isn’t helping her.

The traditional Irish matchmaker just wants enough time to help her family realise the important things in life … and save them from trouble.

Her big-hearted granddaughter Rosie, who runs a dating app start-up, is head over heels in love again, while sister Molly is struggling with marriage, motherhood and nosy in-laws. Neither of them will listen to reason either.

Meanwhile, their mother Yvonne has returned home and is running the family pub into the ground.

“Each of these women pull one another up and over and realise that sometimes life is entirely different to what they’d dreamed it would be – and sometimes it works out better that way,” the synopsis reads.

O’Neill is the bestselling author of Reluctantly Charmed, her debut novel, followed by The Enchanted Island. 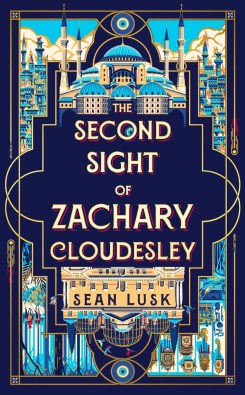 The Second Sight of Zachary Cloudesley

Set against the backdrop of 18th century London and Constantinople, The Second Sight of Zachary Cloudesley is a bewitching tale of one young man’s quest for the truth.

The debut novel by Sean Lusk introduces readers to the titular character, a happy child who was raised among the cogs and springs of his clockmaker father’s workshop.

But when a near-fatal accident leaves Zachary blinded, his father Abel believes the safest place for his son is in the care of his eccentric Aunt Frances and her menagerie of weird and wonderful animals.

So when Abel is offered a precarious job by a dodgy politician in Constantinople, he decides to take it – leaving his son, workshop and life in London behind.

The decision will change his life forever.

Since his accident, Zachary discovers he has a gift; at the touch of a hand, he can see into the hearts and minds of the people he meets.

After years without his father, Zachary uses these visions to help him complete a journey across Europe to Constantinople to find out what happened to him. 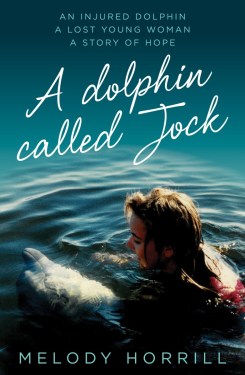 A Dolphin called Jock, by British-Australian journalist Melody Horrill, describes how her connection with dolphins helped her find trust and love, and overcome a childhood dominated by domestic violence.

When Horrill arrived as a student at the University of South Australia, she was a troubled and lost young woman who hid behind a carefully crafted exterior.

One day, Horrill volunteered to help her uni lecturer monitor pods of river dolphins in the waters of Port Adelaide.

There, for the first time, she met Jock, a solitary dolphin with a maimed fin, who lived apart from the highly social pods.

Their extraordinary friendship, one that helped Horrill free herself from her past, also sparked a long-term mission to try to save river dolphins. 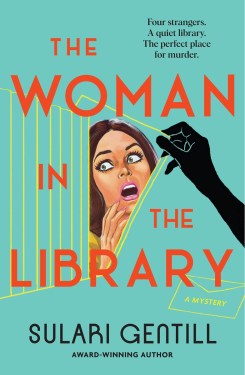 The Woman in the Library

The Woman in the Library is the new title from award-winning author Sulari Gentill.

Pitched as a twisty crime novel for fans of the wildly popular TV series Only Murders in the Building or White Lotus, this book follows four strangers in a quiet library – the perfect place for murder.

Hannah Tigone, a best-selling Australian crime author, is writing a new book that begins in the Boston Public Library. Four strangers are sitting at the same table when a bloodcurdling scream breaks the silence.

A woman has been murdered and all four strangers – Winifred, Cain, Marigold and Whit – are suspects. Each character has their secrets and motivations – one of them is the murderer.

Hannah, meanwhile, shares each new chapter of her thriller with her biggest fan and aspiring writer, Leo.

The thing is, Leo seems to know more about violence, motive and exactly how to kill someone than anyone should…

You may know Gentill for her adored Rowland Sinclair Mysteries, or her standalone novel, Crossing the Lines, which won the Ned Kelly Award for Best Crime Novel in 2018. 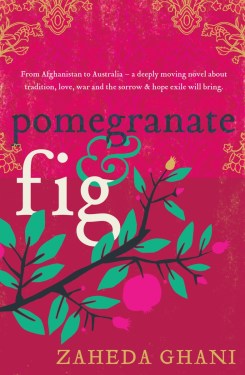 Shortlisted for the 2018 Richell Prize for Emerging Writers, Pomegranate & Fig is a story about tradition, family dynamics, war and displacement.

The characters at the centre of this debut novel by Sydney writer Zaheda Ghani are Henna, her brother Hamid and the man who will become her husband, Rahim.

Taking us from the streets of Herat in the 1970s, invaded by Soviet forces, to India in the 1980s and then to the suburbs of Sydney, Pomegranate & Fig vividly illuminates the disruption, displacement and tragedy war unleashes. 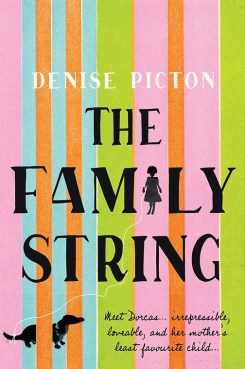 The Family String, the debut novel by Denise Picton, is a coming of age story based in 1960s Adelaide.

Twelve-year-old Dorcas, a spirited girl with irrepressible humour and a cheeky streak, belongs to a family of Christadelphians – a Christian sect.

“She is her mother’s least favourite child and always at the bottom of the order on the family’s string of beads that she and her younger siblings Ruthy and Caleb reorder according to their mother’s ever-changing moods,” the synopsis reads.

Dorcas is an aspiring vet. She dreams of having a dog or, if that doesn’t work out, a guinea pig named Thruppence. Ruth wants to become a writer and Caleb wants to play footy with the local team.

Unfortunately, Christadelphians aren’t allowed to be ‘of the world’ and when their older brother is exiled to New South Wales to door knock and spread the good word for making out with a girl at youth camp, each sibling tries their hardest to kill their dreams.

But for Dorcas, her dreams have a habit of surfacing at the most inopportune moments.

This is a comedic and uplifting story about a mother-daughter relationship and the secrets adults keep from their children. 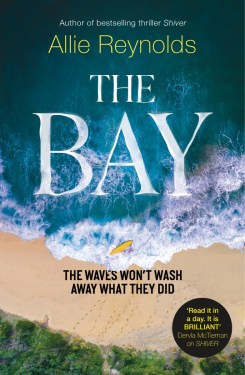 From the bestselling author of Shiver comes The Bay, an exhilarating psychological thriller set in our own backyard.

Kenna arrives in Sydney to surprise her best friend, only to find Mikki and fiancé Jack are about to go on a trip. So, she tags along. Why not?

Together, they head to Sorrow Bay. Beautiful, wild and dangerous, the remote surfing spot is hidden from the rest of the world.

It is here that Kenna meets Sky, Ryan, Clemente and Victor – a mysterious group of people who have come to Sorrow Bay to disappear from life. But what did they leave behind?

“As Kenna gets drawn into their world, she sees the extremes they are prepared to go to for the next thrill. And everyone seems to be hiding something. What is her best friend involved in and can she get away? Because one thing is becoming rapidly clear about The Bay: Nobody ever leaves.” 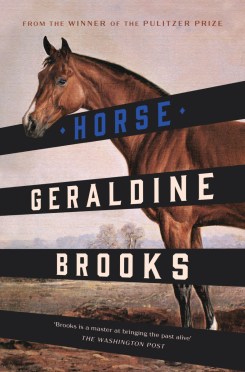 Geraldine Brooks AO, journalist and Pulitzer Prize-winning novelist, is back with a new novel for fans of historical fiction.

Based on the true story of the record-breaking thoroughbred, Lexington, Horse reckons with the legacy of enslavement and racism in America.

Set in three time periods, Horse begins in Kentucky, in 1850, when an enslaved groom named Jarret and a bay foal forge a bond that carries the horse to record-setting victories.

“One of the horses’ connections was an itinerant artist who left us a record of what Lexington looked like in the era before photography,” Brooks explained.

“The mystery around one of his paintings leads to the novel’s unexpected second strand, the turbulent art world of post-WWII, New York City, at the dawn of the Abstract Expressionism movement.”

The third strand of the book is a contemporary story set in the modern labs of the Smithsonian.

Jess, a scientist from Australia, and Theo, a Nigerian-American art historian, find themselves unexpectedly connected through their shared interest in Lexington.

One studies the horse’s bones for clues to his power, while the other uncovers the long history of the unsung Black horsemen who were critical to his racing success. 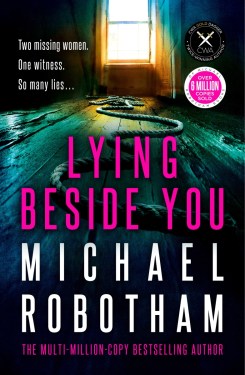 “Twenty years ago, Cyrus Haven’s family was murdered. Only he and his brother survived. Cyrus because he hid. Elias because he was the killer,” the synopsis reads.

“Now Elias is being released from a secure psychiatric hospital and Cyrus, a forensic psychologist, must decide if he can forgive the man who destroyed his childhood.”

As he prepares for Elias’ return, Cyrus is called to a crime scene in Nottingham, where a man is dead and his daughter, Maya, is missing.

Then a second woman is abducted.

The only witness is Evie Cormac, the young woman to whom Cyrus opens his home as she struggles to process her deep childhood trauma.

The troubled teen has a gift: She can tell when you are lying.

Both missing women have dark secrets and Cyrus must unravel them to track them down, very much aware of how the past can come back to haunt you …

Lying Beside You is the third novel in Robotham’s Cyrus Haven series.