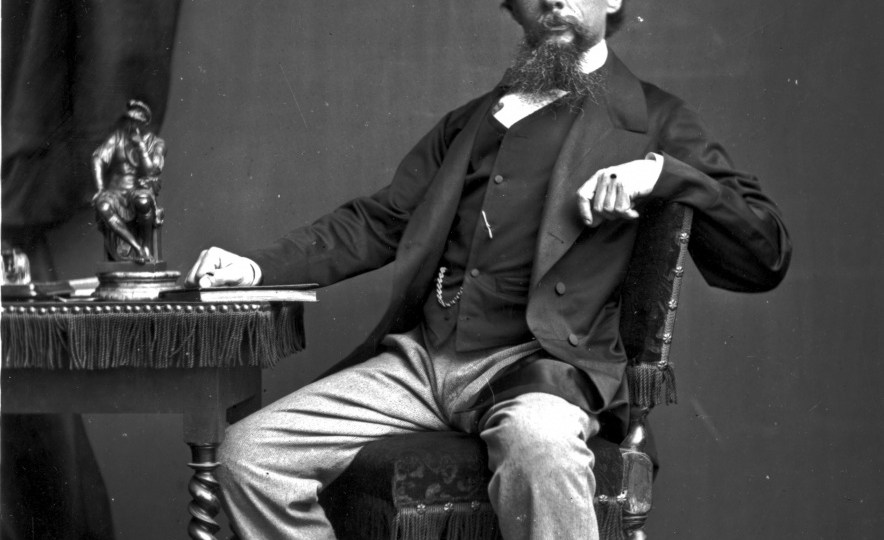 Charles Dickens is remembered as one of England's most prolific and inspiring authors. Photo: Getty

On this day 210 years ago, renowned English author Charles Dickens was born.

The son of a clerk who was once sent to debtors’ prison, Dickens understood what it was like to grow up poor in Victorian England.

His novels offered an unflinching look at the country’s underclass and were social commentaries that intended to change the world as much as they were stories.

In fact, so sharp was his focus on the lives of the poor that Dickensian later became shorthand for unacceptable levels of poverty.

The English author wrote a total of 15 novels – including Great Expectations, Oliver Twist, David Copperfield and A Christmas Carol – as well as five novellas and hundreds of short stories.

A Tale of Two Cities is thought to be his best-selling work, although precise sales figures are hard to pin down.

The BBC reports that more than 200 million copies of the book have been sold worldwide.

Dickens used simple language and appealed to the general public more than any previous author, opting to publish his stories in magazines rather than more expensive books so that poorer people could afford to read them.

But while his words were accessible and his stories relatable, Dickens was no stranger to experimental storytelling.

English professor John Mullan wrote in The Artful Dickens: “Condescended to as a mere entertainer, Dickens was a daring pioneer, inventing new shapes for narrative fiction.

“Take one device of literary fiction, the division of a novel into alternating sections in different tenses. Penelope Lively’s Moon Tiger and Michael Ondaatje’s The English Patient, winners of the Booker Prize in 1987 and 1992, were notable examples.

Edgar Allan Poe, Stephen King, William Faulkner and Flannery O’Connor all have cited Dickens as having an influence on their writing.

Poe, one of Dickens’ contemporaries, was “strongly recommending” his work to American readers during the 19th century, while O’Connor was one of many 20th-century writers known to study Dickens’ characters.

She was known to underline his works during creative workshops and used his archetypal characters as springboards for her own creations.

Meanwhile, King and Dickens have been linked for over two decades, with King enduring the same criticism as Dickens did for being a widely popular but simple writer.

King’s The Plant is often recognised as the modern author’s attempt at a “Dickensian”-style serialised novel.

He published it in instalments in the the same way that Dickens did 145 years before with early versions of Oliver Twist and The Pickwick Papers.

Books Charles Dickens Novels On This Day
Follow Us

On This Day: Renowned author Charles Dickens was born