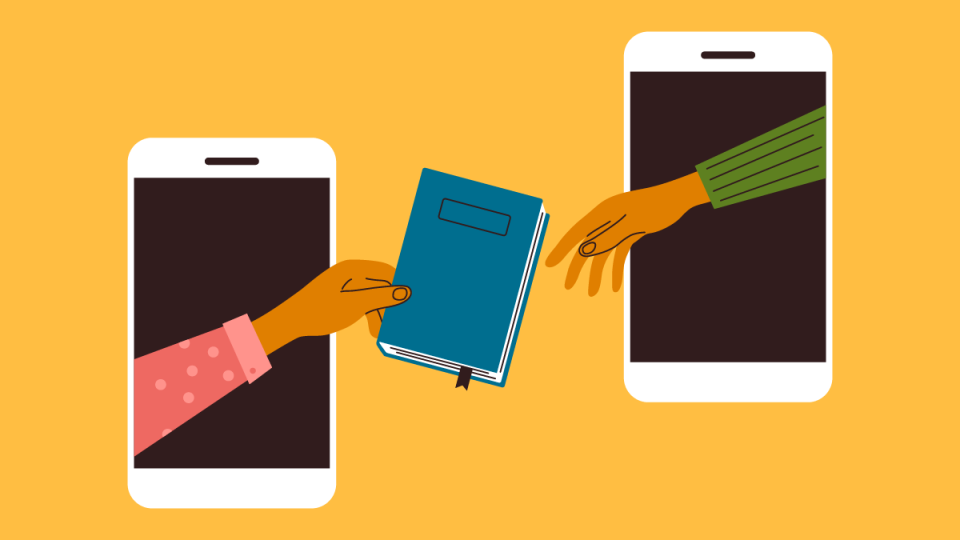 BookTok is a corner of TikTok devoted entirely to books, new and old. Photo: Getty

When Readings managing director Mark Rubbo is asked about ‘TikTok books’ – books that go viral on the short-form video app – Colleen Hoover’s romance novel It Ends With Us comes straight to mind.

“It was published five years ago and suddenly it just took off because of TikTok,” Rubbo told The New Daily.

At the end of its first month on the market in 2016, It Ends With Us sold at least 21,000 copies in the US, according to Publishers Weekly.

Sales in the following years dropped to triple digits until something happened in November 2020.

That bump swelled into a mammoth surge in sales by June 2021, averaging about 17,000 copies a week in the US alone.

And that’s because of BookTok.

The power of BookTok

BookTok is a corner of TikTok devoted entirely to books, new and old.

It’s a passionate community of mostly young readers who post short videos about books that make their hearts soar. Or shattered them completely.

If you type in #ItEndsWithUs on TikTok, the hashtag returns with 220.7 million views.

The romance novel is said to be completely heart-wrenching, with some users posting themselves crying as they read the book.

In fact, on TikTok, filming yourself sobbing over a book is a huge trend.

“It’s like, ‘This is my emotional, guttural response to what I’ve just read, so guys you should join me in these terrible feelings. It was amazing’.”

Ms Lathrope said she started noticing the effects of BookTok at Kinokuniya in February.

Books that it had stocked for years, which had done well, suddenly experienced a spike in sales.

“We’ll have groups of people come in and every person in that group will buy a copy,” Ms Lathrope said.

“We now have a table that’s dedicated to books that we know people are talking about on TikTok.”

The table is piled high with young adult, romance, fantasy and sci-fi books.

After seeing countless videos on TikTok of people recommending The Song of Achilles by Madeline Miller and A Court of Thorns and Roses by Sarah J. Maas, Ms Scalzi bought both.

“I became obsessed,” she told The New Daily.

And so began her BookTok journey in July 2020.

“Everyone is so kind, welcoming and understanding of your love of books,” Ms Scalzi said of the BookTok community.

“There’s something really special about bonding over a book you loved, or collectively crying over the death of a beloved character.”

BookTok influencers (also known as BookTokers) create witty content, unafraid to poke fun at themselves for their very particular bookshelves or reading habits.

In one TikTok from Lucy Donaldson, the 23-year-old runs through different fictional scenarios in which she shows “non-readers” her bookshelf.

“No touching!” she exclaims at one point. And no borrowing, either.

Ms Donaldson also shares detailed reviews and recommendations with her 280,000 followers on TikTok.

Recommendations on BookTok can be very specific, like Ms Donaldson’s “Books that radiate I hate them but they’re mine to hate energy”, which has been watched 145,000 times.

She joined TikTok in March 2020, about the same time Western Australia experienced its first major lockdown.

“I’d like to say that I found BookTok, but in all honesty BookTok found me,” she told The New Daily.

The TikTok algorithm, renowned for noting even our most subtle behaviour patterns on the app, noticed Ms Donaldson was spending a lot of time watching book reviews in between cat videos.

The algorithm fed her videos of pretty bookshelves and book hauls, where users run through the titles they recently bought.

“Before I knew it, I had fully submerged myself into the wonderful ocean that is BookTok.”

Ms Donaldson’s videos attract hundreds of thousands of views, which in turn inspires others to read, react and create their own content.

It’s how trends are born.

Although BookTok may seem like the place for publishers to have a loud presence on, some believe it’s important to stay away.

“While we’re more than happy to work with BookTokers, we really do want to be led by them,” Emily Cook, community and media manager at Ultimo Press, told The New Daily.

Publicists will often send BookTokers advanced copies for review, but it’s up to the BookToker if they want to post about it or not.

“We want them to continue to have the conversations that they’re having without a sense of it being directed by a brand,” Ms Cook said.

Ultimo Press launched in 2020 and is part of Hardie Grant Publishing.

For Ms Cook, her favourite part of BookTok is watching people talk about their various emotional reactions to certain characters and plots without being judged.

“There’s such an authenticity and genuine reaction to the stories and to the words of the authors,” she said.

It also gives readers a space to engage with books that may not be reviewed by traditional media or literary pages.

It’s why Ms Cook thinks that young adult, fantasy, sci-fi and romance books have such a huge presence on BookTok: People aren’t talking about these things in mainstream spaces.

“All of those books have a place in this world and they have something to say, so they do deserve a platform and BookTok allows for that,” Ms Cook said.

A number of young people slated to join the new team are self-described Bookstagrammers, the Instagram equivalent of a BookToker.

This wasn’t on purpose, according to Mr Rubbo.

It was just serendipitous.

“They’d say, ‘I haven’t actually worked in a bookshop before, but I am a Bookstagrammer.'”

Disease concern for survivors of Afghanistan earthquake
Steve Smith confirmed as starter for first Test against Sri Lanka
Deadly Norway shooting treated as Islamist terrorism: Police
Matildas will be keen to forget 7-0 drubbing by Spain
Upcoming stats will reveal where and how hard rates are hitting economy
Victorian MPs pocket a tidy 2.75 per cent pay raise
On This Day: The Birds of America sets record $14 million auction price for printed book
Today's Stories

‘I became obsessed’: How TikTok changed the way people buy and sell books