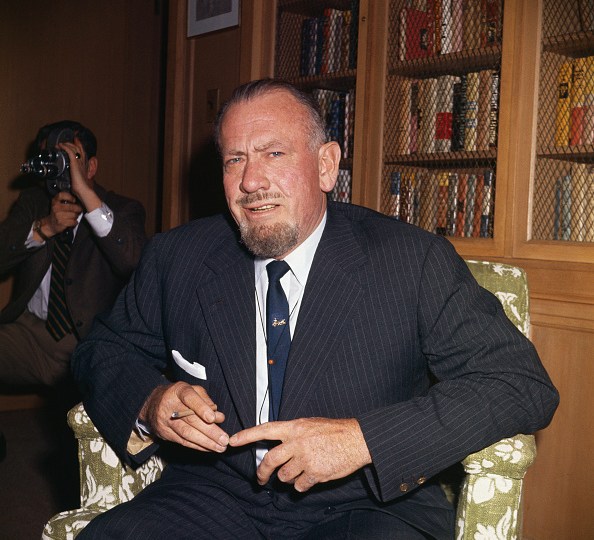 John Steinbeck wrote some of the world's most celebrated books, including Of Mice and Men. Photo: Getty

On this day 59 years ago, one of the world’s most influential writers, John Steinbeck, was awarded the Nobel Prize for Literature.

The Nobel organisation said Steinbeck won “for his realistic and imaginative writings, combining as they do sympathetic humour and keen social perception”.

His writing dealt with themes of fate and injustice and often gave a voice to the working class.

At the Nobel banquet in 1962, Steinbeck said he was undeserving of the award, but graciously accepted it on behalf of great writers before him.

“In my heart, there may be doubt that I deserve the Nobel award over other men of letters whom I hold in respect and reverence – but there is no question of my pleasure and pride in having it for myself,” he said in his acceptance speech.

“Such is the prestige of the Nobel award and of this place where I stand that I am impelled, not to squeak like a grateful and apologetic mouse, but to roar like a lion out of pride in my profession and in the great and good men who have practised it through the ages.

“Literature is as old as speech. It grew out of human need for it, and it has not changed except to become more needed.”

American poet and literary critic Dorothy Parker said The Grapes of Wrath was “the greatest American novel I have ever read”.

Drama critic and commentator for The New Yorker magazine Alexander Woollcott said at the time that it was “as great a book as has yet come out of America”.

Since Steinbeck’s death, Of Mice and Men has sold more than 14 million copies and his life’s work has inspired political movements.

Seventeen of Steinbeck’s works have been made into TV or studio movies, with Steinbeck earning three Academy Award nominations for writing.

On This Day: Novelist John Steinbeck wins a Nobel Prize