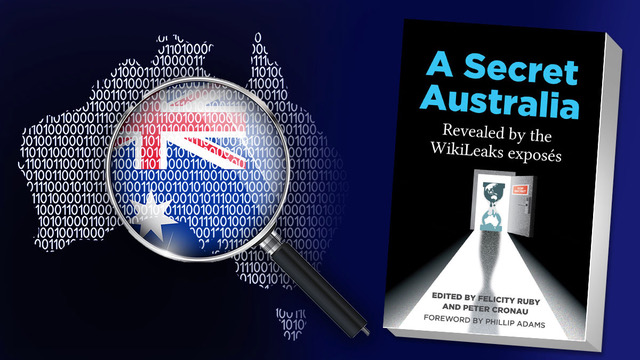 There is this idea about language that they used to torture us students with in the West.

All meaning, the air-wank explanation went, is a case of absence. We only know what a word signifies by knowing that it does not signify something else.

Cat is only cat, they would say while I calculated how many schooners the change in my pocket would buy at the Union bar, because it is not bat. So, you see, said Mrs Derrida, what we’re really saying is nothing at all.

When I had asked for a beer, which was only a beer because it was not a deer or a bear or an onion, I would sometimes bother to think about this stuff. Frankly, I did not, and do not, believe that meaning is something produced by friction between the clouds.

Meaning rises first from the ground beneath our feet; only those who can afford to live in high places believe that it does not. But I did think that this language theory could help me search for certain things that just seemed missing – a case that I made to my tutor when my essay on semiotics went, mysteriously, undelivered.

I failed this course, I think. But every so often, the bits I had remembered from 20th century nonsense came back. There were times where you could only declare what a thing was by describing it in the terms of what it wasn’t. When the phrase ‘un-Australian’ made it into popular use, I remembered those seminars a lot.

It was, I think, around the time of the late 1990s that ‘un-Australian’ was first non-mockingly said. This was a time when mean conditions hit here, and the feet beneath the ground of many Australians forced them up to produce foul words in angry clouds. ‘Un-Australian’ has always been, to my ears at least, a joke of solidarity; blokes would say it to other blokes on my dad’s building site to gently chide them for working at too efficient a pace. To be ‘un-Australian’ meant to please the boss.

Then, suddenly, it meant obedience to an unspoken ideal.

Australia, never clearly defined as a thing, became known within its borders for what it was not. You can say this of any place, I guess. It is only sketched in the terms of the things that surround it. But, this is so particularly true of our nation-state, which is a place founded so very recently on such a fragile, thieving lie.

No one knows what a right-wing politician means when they say ‘un-Australian’ in the present, least of all the politician saying it. It is not even a negation, but blanker than that. It reduces the meaning of Australian-ness down to whatever might, or might not, live inside the unconscious borders of the speaker at that particular time. ‘This is so postmodern’, I thought, the first time I heard one of the crazies say it, and I could almost smell the stale Union beer.

I had heard Julian Assange, a man who holds an Australian passport, called un-Australian by these crazies. They have conveniently revised their opinion in recent times – you know, now that WikiLeaks is perceived, wrongly and by nearly everyone, as a servant of nostalgic right-wing order.

Now, some of the crazies, so persistent in describing their nation by its lack, think of him and of WikiLeaks as very Australian – or ‘Strayan’, to be phonetically faithful, for the un-Australian reader. It was in 2016 that one of our most despicable politicians made the case for this Australian’s return.

While local crazies have embraced the thing they once excluded, the reverse is true for our nation’s liberals. Such people are, of course, too finely educated to ever take the refuge of patriotism. The new liberal, like the movement of trade she admires, is ‘global’.

Assange and WikiLeaks were seen as ‘global’ at the time of their major public debut. Assange was a mysterious international good guy – conceived in the liberal political unconscious as halfway between, I don’t know, a figure in a le Carré novel and one of those twits from Silicon Valley. A real disruptor, our Julian. But caring, you know. Like a younger, much poorer, more promiscuous Bill Gates.

To be honest, I wasn’t paying much attention to WikiLeaks at the time. I figured that others were doing that for me when, in 2010, a guy that helped me reverse a robot checkout mistake at the Elsternwick Coles joked, ‘WikiLeaks has hacked your chicken thighs’.

WikiLeaks seemed to be doing good work in what I now knew was a terrible era, but they didn’t need my help. Besides, I always felt uneasy with the postmodern local liberals who were always mystifying the man’s ‘global’ posture. ‘Global’, as far as I was concerned, had come to conceal a dysphoria made otherwise plain in a cruel utterance like ‘un-Australian’.

The years passed and the robots got smarter. The liberals, though, got dumber when their own systems started to fail. The crazies sniffed a glitch – or a ‘feature’ as they say in Silicon Valley – and they began to wrest control.

What this meant in the Australian perception of Assange was interesting, even if it was frustrating. The liberals, who had once offered him their most uncritical support, no longer thought of their countryman as ‘global’, a great ambassador, as they had it, for their international trade ideals.

They began to find a way to signify him that would not misrepresent their own noble goals. They certainly couldn’t call him ‘un-Australian’, even if they no longer thought of him as a younger, global Gates. They couldn’t say he was ‘Australian’ either, because that speech act might ease his passage home.

They came up with a good compromise: They began to call him Russian.

Look, I know – we thought it was funny. You probably had to be there. Remember, this was the time of maximum Foucault, and our gags were all about diffuse power and, ergo, very bad.

So, I, being around the same age as Assange, have the sense of Russia as something that once was a true threat to liberal order, and now as a place with a GDP roughly equivalent to that of Italy.

Sensitive reader, this doesn’t mean I disrespect the place – in recent times, I find myself drawn in unnatural affection to the idea of it. It just means that I see it, as many realist foreign policy thinkers see it, as a nation that we don’t really have to worry about; well, not until it starts having cosy conversations with Iran and China.

This dead menace. This grey state. This failed rejoinder to all of our Western declarations is the thing to which they now compare Assange. Look, I don’t know the guy and I know no WikiLeaks business – beyond the use of the ‘share’ button, I have never given it a moment of my labour.

Maybe these liberals have intuited something that will turn out to be true, however much I doubt this, and we will find that the slightly Slavic-looking man has a Cold War microfilm lodged between his arse cheeks.

I don’t know, I don’t care. The only thing I do care to know from WikiLeaks is how to use its search button better. Man, those Podesta emails. It will take me another six months to read them all, and another few years to make journalistic sense of the truths, both cynical and naive, the language of the powerful has come to conceal.

This is the code I want to crack. This is the secret, before me in plain sight. When I decipher the soft language shared between the Citigroup c-suite and the White House, between Goldman Sachs and a presidential nominee, I’ll let you know. I might even let Mrs Derrida know. But for the minute, I am searching in the absences.

I wish I could do this in some sort of peace. Every so often, I publish an article based on my hours in the inbox of John Podesta, preparing for the time I’ll write that one big thing. I offer a look at a particular turn of phrase, a particularly polite way a company director has recommended cabinet appointments with clear connections to Wall Street by claiming that these are ‘diverse’. It is difficult to read through the mystification, and I really wish I’d paid more attention in school. But I really wish my liberal peers would shut the f— up with their nonsense that Julian Assange is ‘Russian’ and that I, therefore, am his useful Russian idiot. Too stupid, too Slavic, to know she’s being fooled.

I do not always know, I’ll own, when I am being fooled. It takes time for mystification to fall away. I know that I have written, way back when, in mild support not so much of President Obama’s policies, but for the sheer idea of what he promised. It would be a lie to tell you that I won’t get fooled again. But, it is a lie to tell those of us, looking for absence in the search bar, that what we are doing is foolish.

To keep looking through the last documents of an era is not, I sense, especially foolish. It’s possibly even a little bit wise. I do not expect this reading to reveal that One Weird Trick that will explain power, end liberalism or restore the Soviet experiment to a more viable stage. What WikiLeaks gives us is not an easy hack. What WikiLeaks gives us is something like the hazy feeling I had back in the 1990s. That language and its clouded meaning was important, sure, but that its interaction with the ground was the real story.

Because I did go to school at a time when people said ridiculous postmodern things, I can never believe that there is a story that is entirely real. There is no post-truth. There is no fake news. These rely on an imaginary precondition of pure truth and fact and news; a liberal nostalgia as noxious as that held by the hard right and its invented golden age.

This is not the ‘post-fact’ age more than any other. There are still facts, but many new ways to conceal them. How did they disguise that fact with the language? What language can we use to describe the fact of this new disguise?

If the ‘truth’ turns out to be that Assange is Russian, that he’s utterly un-Australian or as Australian as snake bite and savoury pies, I don’t care. It’s an easy truth to tell, an easy one to refute, and, either way, tells us little, if nothing, about the nature of power.

And it is not un-Australian, in the old sense of that absurd and wonderful compliment. WikiLeaks will rarely please the boss.

Helen Razer is a  broadcaster and writer whose work also appears in The Saturday Paper, The Age, SBS online, and The Big Issue.

This is an edited extract from A Secret Australia: Revealed by the WikiLeaks exposés, edited by Felicity Ruby and Peter Cronau, available December 1 from Monash University Publishing.

Revealed by the Wikileaks expose: The fragile, thieving ‘un-Australian’ lie