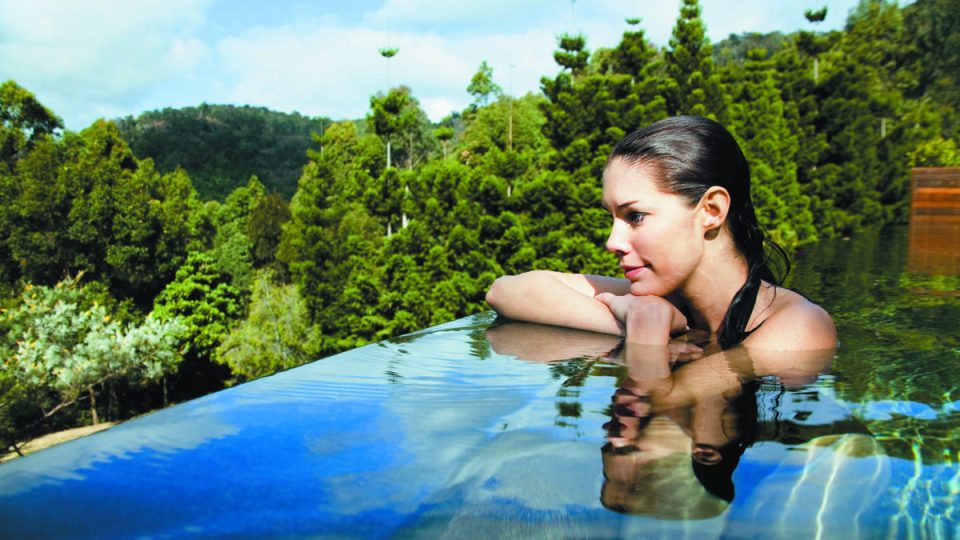 There were no light-bulb moments or blinding flashes of clarity.

Unfortunately, enlightenment tends to be a messier and blurrier process than that bright, crisp word ‘enlighten’ suggests. And ‘the getting of wisdom’ is only a straightforward linear narrative in the book by Henry Handel Richardson. In real life, it’s more like a game of snakes and ladders: we try our best and advance a few steps, but then we slip back into bad habits and have to start inching forward all over again.

To complicate matters, most of us are much better at articulating what we don’t want than what we do, which is how we come to spend an awful lot of time avoiding things we don’t like while remaining incapable of recognising the things we actually need.

A few months after my father’s fall, I certainly knew what I didn’t want: I didn’t want to keep talking. As someone who had built a career in communications—who had even, for a while, been paid generously by the word for tapping out her opinions in a weekly newspaper column—this came as quite a surprise.

But after many years in media, in consulting and then in corporate communications, talking had come to encapsulate everything that was exhausting about my busy life: decision-making, organising, problem- solving, getting things done. All the things that made my mind so full, so tired and so very, very irritable.

That’s why, when the opportunity arose for me to take some time off over Easter 2017, while my sons were spending time with their father, I became obsessed with the idea of finding a place that didn’t require me to speak.

But not a silent retreat: I wasn’t ready to choose silence, I just knew I didn’t want to talk. To my mind, these were two very different things.

I wasn’t completely ignorant of silent retreats. I’d even been an innocent bystander at one in India a couple of years before. In 2015 I’d travelled to Shreyas, a luxury ashram and yoga retreat outside of the southern Indian megacity of Bangalore, on the advice of Sarah ‘I Quit Sugar’ Wilson. After attending a month-long Ayurvedic clinic to tackle her auto-immune disease, Sarah had written a detailed blog post about the experience, which I had found both startling and compelling. (How startling? Well, the headline read: ‘One Month Without Exercise, Soap and Loo Paper . . .’. I rest my case, Your Honour.)1

Despite Sarah’s clear conviction, and her pithy and heartfelt writing, I had zero interest in living for a month without toilet paper, or cleaning myself with mung bean powder, or consuming only the water used for boiling rice (I’m not making this stuff up). I didn’t even want to live off the rice that had been boiled in the water that was consumed by the Ayurvedic fasters. That clinic was not for me. But at the end of her blog post, Sarah had recommended Shreyas as an excellent ‘Ayurvedic-lite’ stopover for those looking for some gentle yoga and meditation.

The Shreyas website looked more like an exotic destination for honeymooners, with tented pavilions and a frangipani-fringed pool, places where guests could practise yoga several times a day while enjoying organic vegetarian meals sourced from the ashram’s own garden.

I was in. Within hours of reading about Shreyas for the first time, I had booked tickets to Bangalore and signed up for a five-day yoga retreat, during which I would finally fulfil a lifelong ambition to perform Adho Mukha Vrksasana. In short, I wanted to learn to do a handstand, a skill that had eluded me through years of on-again, off-again yoga practice.

I didn’t want to be purified or achieve enlightenment; I just wanted to be able to maintain my balance on my hands. And have access to a full supply of toilet paper. It didn’t seem like much to ask.

Three months or so later, when I arrived at Shreyas, I may have even written that on my questionnaire as I waited for my admission interview with one of the resident Ayurvedic doctors. But he was more interested in identifying my doshas, or unique biological energies, which would determine the types of food that would best suit me, as well as the exercise and spa therapies that would be most effective for me during my stay.

The doctor explained that all meals would be served in a communal dining room or, on clear nights, on tables around the pool. But because it was the off-peak season, he said, I would likely have the pick of where to sit because there were only a few other guests, two of whom were conducting silent retreats for the first few days of their stay.

This did not make any sense. I figured I’d misunderstood his accent and asked him to explain again.

Right. Given that they’d signed up for a silent retreat, it seemed fair enough that they wouldn’t be speaking to me. But I didn’t see why I would be speaking to them. Perhaps Shreyas encouraged its other guests to take the opportunity to unburden their souls to what was a captive and effectively gagged audience? But I didn’t want to unburden my soul to anybody; I just wanted to do a darn handstand. I nodded, making a mental note that I would actually not be speaking to them.

But, as the ancient masters teach, we are kidding ourselves if we think we can control how our path unfolds. In my case, this was demon- strated a couple of days later, not by one of Shreyas’ meditation teachers but by one of my fellow guests as we lay by the pool after a morning of yoga, chanting and Jalaneti, a particularly confronting practice in which you pour warm salt water into one nostril with a tiny watering can, while tilting your head to let it trickle out the other.

‘Do you know where the sunscreen is?’ the guest asked me.

When you have nothing else to do but wonder what’s for lunch (and assess whether you really want to participate in Jalaneti tomorrow), it is surprising how quickly the simplest question can become a great conundrum. Here I was, under a gloriously blue Indian sky, with nothing to do but browse Pema Chödrön’s Start Where You Are by the pool while being lulled by the distant tock-tock of village kids defending their stumps on a makeshift cricket pitch, and now suddenly I had to pick my way through an ethical dilemma.

The Shreyas staff had made it quite clear: They will not be speaking to you. And yet she was. And not for any dramatically important reason. I could understand breaking your silent retreat if you were suffering an allergic reaction to the soya fritters served at breakfast, or had collapsed during your fifth shambolic attempt at Adho Mukha Vrksasana, or had fallen into the pool when you didn’t know how to swim.

But this was a need for SPF, not CPR. And I’d already observed that the silent retreat-ants were each given little notebooks to carry, should they have any requests to make of the staff.

Christine Jackman is a communications consultant and journalist.

This is an edited extract from Turning Down the Noise by Christine Jackman published September 1, Murdoch Books.

Turning Down the Noise: Journalist Christine Jackman goes in search of silence