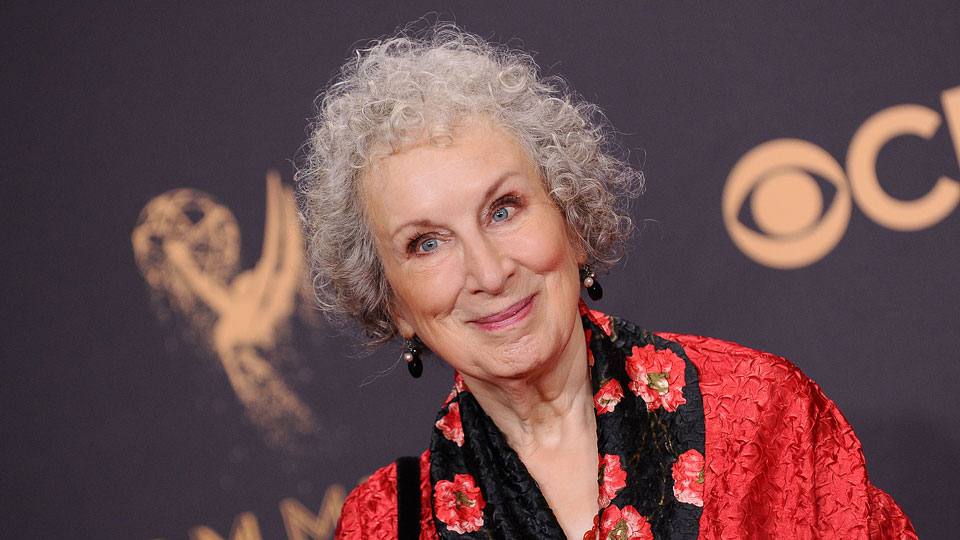 The Booker Prize has been shared by Canadian author Margaret Atwood, above, and British author Bernardine Evaristo. Photo: Getty

The judges of the Booker Prize have caused a stir, ripping up the rule book to controversially name two winners of the prestigious fiction trophy.

Atwood has won for her dystopian thriller The Testaments, a follow-up to her hit The Handmaid’s Tail and also set in Gilead, a theocratic republic in the US, where young women are forced to bear children for powerful men.

Atwood, 79, is the oldest Booker winner. Evaristo, who is Anglo-Nigerian, is the first black woman to win the prize.

She won for her kaleidoscope of black women’s stories, Girl, Woman, Other.

“It’s a bittersweet experience. In one sense it’s great to be the first, but I shouldn’t be the first” Evaristo said in London on Monday.

“I think this prize has moved with the times. Our culture has moved somewhat in the past few years.”

Mr Florence said the Booker judges were partly inspired by protesters of Extinction Rebellion, who were demonstrating near the prize ceremony’s venue in London’s financial district, when they refused to back down when told the rules prohibit more than one winner.

“Our consensus was that it was our decision to flout the rules,” he said.

“I think laws are inviolable and rules are adaptable to the circumstance.”

Gaby Wood, literary director of the Booker Prize Foundation, said trustees repeatedly told the judges they couldn’t have two winners, but they “essentially staged a sit-in in the judging room” as deliberations dragged on for five hours.

Mr Florence said both of the winning books “address the world today and give us insights into it and create characters that resonate with us”.

“They also happen to be wonderfully compelling page-turning thrillers,” he added.

“It’s beautiful in its depth and exploration of the world of Gilead,” he said.

“It might have looked like science fiction back in the day. Now it looks more politically urgent than ever before.”

Mr Florence said he wasn’t worried Evaristo, 60, would be overlooked as people focused on Atwood. He said that “there is something utterly magical” about the 12 characters from many walks of life who narrate Girl, Woman, Other.

“They give a wonderful spectrum of black British women today,” he said.

“In that sense this book is ground-breaking – and I hope encouraging and inspiring to the rest of the publishing industry.”

Founded in 1969, the prize is open to English-language authors from around the world.

It has been split between two winners twice before, most recently in 1992, when Michael Ondaatje’s The English Patient and Barry Unsworth’s Sacred Hunger shared the trophy.

The rules were changed after that to stipulate only one winner each year.