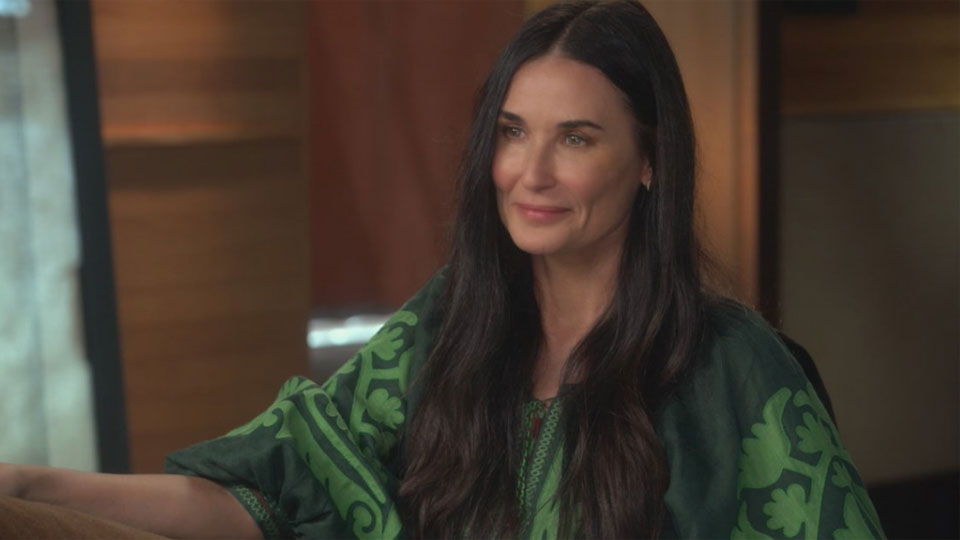 Demi Moore has revealed shocking details about her troubled childhood in her new memoir Inside Out, including that she was raped at age 15.

The Ghost actor, 56, told ABC News’ Diane Sawyer on Good Morning America on Monday (US time) that her rapist told her at the time, “How does it feel to be whored by your mother for $500?”

Asked by Sawyer if her mother “sold” her to the man, Moore said no.

“In my deep heart, I don’t think it was a straight-forward transaction,” she said.

“But she still did give him the access and put me in harm’s way.”

A sneak peek from #InsideOutBook (coming 9/24!)… “There are two reasons I wanted to tell this story, the story of how I learned to surrender. First, because it’s mine. It doesn’t belong to the tabloids or my mom or the men I’ve married or the people who’ve loved or hated my movies or even my children. My story is mine alone; I’m the only one who was there for all of it, and I decided to claim the power to tell it on my own terms. The second reason is that even though it’s mine, maybe some part of this story is yours, too.” Link to preorder in my bio.

Moore’s years growing up with alcoholic parents in a home with regular fights and infidelities are discussed in her book, which is out on Wednesday.

It has been a big couple of weeks for Moore: She posed post-Emmys with surprise winner Phoebe Waller-Bridge, lit up social media with a snap of her twinning with Courteney Cox and had new movie Corporate Animals released.

That happiness was a way off when she was a girl. The man she thought was her biological father turned out not to be, which made her feel ‘‘that I wasn’t wanted or that I don’t deserve to be here”.

He left the family home, and when Moore was 12 her mother made her first of “many, many” suicide attempts. She described in the book having to dig pills out of her mother’s mouth before she swallowed them.

Her life changed again when she tried acting without any training.

Along with fame came problems with cocaine and alcohol that in the mid-1980s saw Moore check into rehab, which she called a ‘‘profound gift’’.

But after 20 years of sobriety, Moore plunged into ‘‘chaos’’ again when her second husband Ashton Kutcher, 41, left her in 2011 after six years of marriage.

“I think the thing if I were to look back, I would say I blinded myself and I lost myself.”

I recently sat down with actress @justdemi. Today, you saw us talk about a turbulent childhood and her rise to fame. Tomorrow on @GMA – marriage, motherhood and how she became a trailblazer for women. Some topics in her new book “Inside Out.” pic.twitter.com/FtBMzejOEF

Moore and Kutcher – who now shares two children with actor wife Mila Kunis, 36 – met at a dinner in 2003 and were married two years later. At the time of their separation, he denied buzz he cheated on her.

In Inside Out, Moore writes that the end of the relationship saw her pay a huge price mentally and physically, according to GMA.

To cope with her grief, she began abusing substances, including alcohol and Vicodin.

Moore’s isolation increased when her daughters from her first marriage to Bruce Willis, 64 — Rumer, 31, Scout, 28, and Tallulah, 25 — stopped speaking to her.

A favorite from #InsideOutBook, bundled up with my girls… Come celebrate the upcoming launch with me at @LiveTalksLA on Thursday, 9/26.

The star’s weight plummeted to just 46 kilograms, and in January 2012 she collapsed and was rushed to hospital after reportedly smoking
synthetic marijuana and inhaling nitrous oxide at a party.

“Part of my life was clearly unraveling,” Moore, who reportedly went back to rehab for treatment for eating disorders and substance addiction, told the Irish Times this month.

“I had no career. No relationship.”

Since then, Moore has worked hard to rebuild her relationships with her daughters and to get healthy.

She posed nude for October’s issue of Harper’s Bazaar, wearing only a diamond bracelet and giant pink hat.

Baring all for the October issue of @harpersbazaarus 💗 Photos by @marianovivanco.

Scout is proud of her mother for “doing the internal work that she didn’t have the time to do, for a long time, because she was just in survival mode”, she told the Times.

She posted a throwback Emmys photo of them on Monday (his wife Emma Heming commented, “You two”) and “they often spend time as a family with their daughters,” a source told People.

Cleaned up for the #Emmys. Rolled out in my vintage Norman Norell. It was like stepping out of the deep blue ocean…