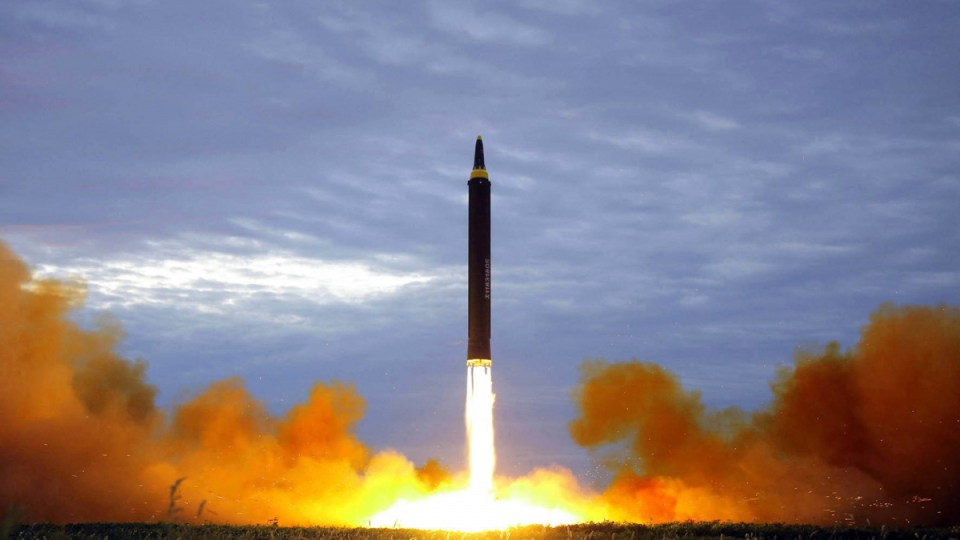 The world is at its highest risk of a global catastrophe in decades. Photo: AAP

The world is at its highest risk of a global catastrophe in decades, thanks to an unpredictable resumption in the nuclear arms race.

Veteran defence and security analyst Brian Toohey has warned that talk of war between the West, and China and Russia, along with brinkmanship with North Korea and Iran, has escalated the conditions that can lead to catastrophic accidents and mistakes.

Adding to the potential for disastrous nuclear consequences, Mr Toohey’s latest book – to be published this week – reveals that “many missile control systems can now be hit by a wide range of previously unknown cyber-warfare tools available to terrorists, hoaxers and governments”.

They are in the hands of governments with little or no framework to regulate their use, movement and deployment.

President Putin later released a video of a purported prototype being tested.

“These systems are unlikely to materialise because Russia can’t afford them. However, it could afford to smuggle warheads into target countries,” Mr Toohey said.

Mr Toohey does not excuse China’s “abrasive behaviour” in the South China Sea, which is adding to tensions already exacerbated by trade “wars”.

US President Donald Trump, meanwhile, has aggravated the tense international situation with rhetoric declaring he wants America to have more nuclear weapons than anyone else.

President Trump had approved the 2018 Nuclear Posture Review, which emphasised the integration of nuclear and non-nuclear warfare in the US’s military doctrine, training and exercises.

The US abandoned the Intermediate-Range Nuclear Forces Treaty, which also allows it to put these weapons in western Europe as well as much closer to China.

Mr Toohey quoted the head of the Australian-led International Campaign to Abolish Nuclear Weapons, Beatrice Fihn, in her Nobel Prize acceptance speech: “The only rational course of action is to cease living under conditions where our mutual destruction is only one impulsive tantrum away”.

As well as government actions, Mr Toohey’s book also lists a frightening history of nuclear false alarms and accidents from the Cold War years to the present.

“Human error is ever-present. What is clear is that the risk remains of an accidental nuclear war started by missiles launched in error,” he states.

In 2007, despite strict safety protocols, six nuclear-armed cruise missiles were mistakenly loaded onto a B-52 bomber at the US Minot Air Force Base.

“The plane sat on the tarmac unguarded overnight and then flew 2400 kilometres to another base, where it was nine hours before a maintenance crew realised the weapons were live”.

The Union of Concerned Scientists reported that nuclear war was narrowly averted in 1983 when a Soviet officer was confronted with early-warning data indicating that the US had launched five nuclear missiles.

Instead of notifying his superiors, the officer decided it was a false alarm and took no further action.

The UCS concluded: “If a different officer had been on duty, the false alarm could easily have turned into a catastrophe”.

Mr Toohey writes that nothing so starkly illustrates the “depravity of nuclear war planning” as the targeting list for the US Single Integrated Operational Plan, which anticipated deaths in the millions in targeted cities.

And “nothing so bleakly illustrates the irresponsibility of the planners as their continued refusal to install self-destruct devices that activate when missiles are launched by accident”, he said.

Mr Toohey said Australia continued to rely on the US “nuclear umbrella” and was directly complicit in the US nuclear program through the Pine Gap and North West Cape intelligence and communications bases linked to US submarines tasked to detect and destroy Russian and Chinese nuclear-armed submarines.

Coalition governments in Australia had declined to push for nuclear disarmament, with former prime minister Malcolm Turnbull refusing to support a 2017 United Nations resolution to establish a legally binding treaty prohibiting the development or possession of nuclear weapons.

The Turnbull government refused to congratulate ICAN after it was awarded the Nobel Peace Prize in December 2017.

Mr Turnbull later declared that Australia and the US were “joined at the hip”.

The Canberra Commission on the Elimination of Nuclear Weapons concluded in 1996 that “the proposition that nuclear weapons can be retained in perpetuity and never used – accidentally or by decision – defies credibility”.

The only complete defence was the elimination of nuclear weapons with a strong international verification regime to convince the existing nuclear powers to disarm.

Calls for Australia to join the race

Current calls for Australia to consider a nuclear arms capability for its submarines to deter an invasion from China re-emerged from strategic think tanks and academics.

“It is doubtful if China’s relatively small nuclear forces could survive a US attack. The US has a total of 6550 warheads –1350 deployed on long-range missiles and bombers – compared to China’s total of 280,” Mr Toohey writes.

“Ever since George W Bush unilaterally abandoned the Anti-Ballistic Missile Treaty, the US has deployed conventional missiles on ships and land that can destroy nuclear-armed ballistic missiles.”

“Its attack submarines can track and sink China’s four ballistic-missile submarines. This means China must expand its nuclear forces to ensure that enough retaliatory missiles would survive to deter a first strike”.