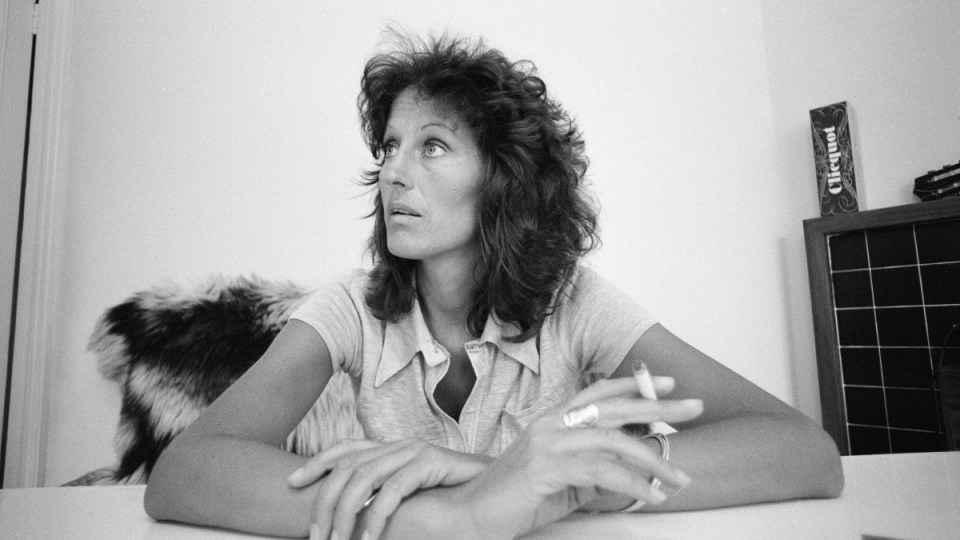 Author Germaine Greer at her Kensington, London home in 1970 when The Female Eunuch was published. Photo: Getty
analysis

In the introduction to her biography of Germaine Greer, scholar Elizabeth Kleinhenz reveals how often she’s been called “brave” since she began researching the book in 2015, two years after Greer sold her extensive archive to the University of Melbourne for $3 million. Greer expressed her vehement opposition to the project, but as Kleinhenz writes, her life proved “much too interesting” to turn away from.

The result—Germaine, published ahead of Greer’s 80th birthday on January 29, 2019—is packed with insights into the academic’s singular life. The following exclusive extract details a (literal) brush with royalty amid the heady days following the 1970 publication of her book, The Female Eunuch, a debut that set Greer on the path to becoming an icon—arguably, the most influential Australian woman of her time.

A summer in Italy with Princess Margaret

Germaine Greer’s transition to international celebrity was not achieved without pain. She lost some old friends along the way, but made new ones among some of the richest and most powerful people in the world. In her archive are to be found many gold­ lettered invitations to star-studded events, dinners and parties, from members of the British aristocracy, famous writers, actors, artists and musicians, diplomats, prominent politicians and captains of industry.

Like many Australians, Germaine Greer was no monarchist. In 1954, she and her sister, Jane, had been taken to see the young Queen Elizabeth and her handsome husband, Phillip, on their first official visit to Australia.

The two girls were lifted onto a trestle in the midst of a flag­-waving crowd. Germaine had her little flag too, but as the Daimler drove past their spot, something about the way the gracious Queen was smiling and waving – maybe it was the monarchical condescension – got under her skin: she became an instant republican, a position she has held ever since.

As soon as she got home she tore up her collection of Royal pictures. ‘That was the end of my love affair with Lilibet,’ she was later to write.

Nearly 20 years later, in England, she made the acquain­tance of Lord Snowdon, husband of Princess Margaret, when he photographed her for Vogue magazine. That was her first but by no means her last encounter with British royalty. In an article published in The Telegraph in 2002, she recalled a meeting with Princess Margaret at Porto Cervo in Sardinia, more than 30 years earlier.

Porto Cervo, on the stunningly beautiful Costa Smeralda, is a luxury resort made famous by the Aga Khan IV in the 1960s as a village retreat for the cream of international society and a berthing place for their super­-luxury yachts.

In the summer of 1971, Germaine travelled there on her green moped and by ferry in response to a telegraphed invitation from theatre critic and close friend Kenneth Tynan. In her saddlebag she was carrying a draft of an adaptation of Aristophanes’ Lysistrata that she had prepared at his request.

In the end, the project came to nothing; that version of Lysistrata was never performed and Germaine’s visit to Porto Cervo ended, literally, in tears, after she fought with Tynan and took off precipitately early one morning on her moped, without farewells.

The only thing that made the visit memorable, apart from her bizarre mode of transport, was her dinner with royalty.

Greer and Tynan were the guests of Michael White, British theatre impresario and film producer, whose credits included Monty Python and the Holy Grail and The Rocky Horror Picture Show. White’s connections were impressive and no one was surprised when an invitation arrived from Princess Margaret and her husband for White and his house party to join them for drinks at their holiday flat nearby.

Stuffed in her saddlebag, apart from the Lysistrata script, Germaine had carried only a tooth­ brush, a red bikini, and a cotton jersey dress which, she thought, though crushed, showed off her brown bosom and shoulders rather well. Clad in this dress and otherwise unadorned, hair awry, she prepared to make the acquaintance of HRH.

She knew she should curtsey, so she practised before she left, but when they arrived at the flat, which she thought modest (‘neither a chandelier nor a footman in sight’), Margaret saw her first and startled her by barking ‘Good evening’, so she did not have time to twist her knees into the required position.

She knew that one should not sit while a member of the royal family is standing, and had read in some women’s magazine that the princess was a stickler for protocol, so she was careful to remain standing in her presence.

This created another problem. She was so tall. The princess was so tiny. She felt herself to be looming. ‘For God’s sake sit down,’ commanded Margaret. Drinks were served.

Then Margaret announced that they were all invited to ‘K’s’ for dinner. K was Karim Aga Khan, descendant of the prophet Mohammed and one of the 10 richest royals in the world. Born in 1936, the same year as Ken Tynan and three years before Germaine, he was then 35 years old.

To reach the Snowdons’ holiday flat the party had travelled by motorboat. By the time they arrived at their destination, Germaine’s hair, unruly enough to begin with, had been whipped totally out of control by the wind. She carried no handbag, brush or comb. ‘Go into my room,’ said Margaret. ‘You’ll find every­ thing you need on the dressing­-table.’

And sure enough, on the glass-­topped table she discovered exotic perfumes of every kind, powder boxes and silver­-backed ivory brushes and combs. Over­whelmed, she sat staring, frozen, in front of the mirror. Then Princess Margaret came up behind her, took the largest brush, and started to brush her guest’s lustrous hair in long strokes.

She worked unhurriedly, as a little girl might brush her mother’s hair, attentively, silently, careful not to tug at the tangles or catch my ears with bristles, keeping the static controlled with her free hand, oblivious that I was watching her in the mirror. After a good five minutes, she laid down the brush, said, ‘You’ll do,’ and went out to join the others.

Over dinner at the Aga Khan’s house, Germaine sat next to Tony, Lord Snowdon, who entertained her with unkind comments about the royal family. When the pudding arrived, a confection of white spun sugar, she joked that it looked like one of the Queen Mother’s hats.

Tony laughed so uproariously that Margaret, seated at the other table, asked what the joke was. Germaine felt sorry for the princess, noticing how Snowdon would evade her touch and avoid her glances.

In the years that followed, Germaine had many opportunities to exchange pleasantries with Princess Margaret (and manage to curtsey). ‘Each time,’ she commented, ‘I was left with a vivid impression of a real person condemned to live her life as a pantomime.’

This is an edited extract from Germaine: The Life of Germaine Greer by Elizabeth Kleinhenz ($39.99, Knopf.)

‘For God’s sake, sit down’: The night Germaine Greer had a brush with royalty