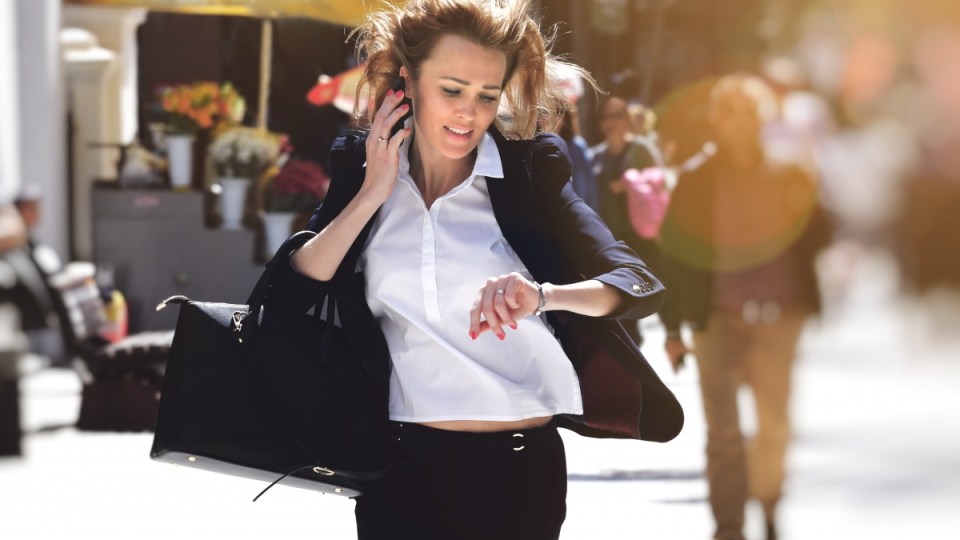 Find out what - or who - is to blame for how quickly time speeds by when you have lots to do. Photo: Getty

Time flies when you’re having fun, but what does that really mean? And why does it seem to creep slower when we’re waiting to head home from work?

Alan Burdick, a staff writer at the New Yorker, has always been fascinated by the mechanics of time’s passage. His brilliant, brain-boggling new book Why Time Flies: A Mostly Scientific Investigation aims to answer some of the big questions.

Packed with incredible facts as well as philosophical musings, Burdick notes that the passage of time, unlike light or sound, is not perceived directly by the brain. We have to infer it from other information.

“It seems that the brain continues to gather information about an event… for as long as 80 milliseconds after the event occurs; this data is fed into the brain’s retrospective analysis of where and when that event took place,” Burdick writes, adding that the brain, “isn’t a counter so much as a pattern detector”.

So we measure time’s passing conceptually. “Time doesn’t fly when you’re having fun: it’s found to have flown by only once the fun is over,” Burdick says.

How do we really tell time?

So what about external measures? Sundials used to record the planet’s circle around the sun. Then gravity drove pendulum clocks, invented by Dutch mathematician Christiaan Huygens in 1656.

But as Burdick’s book points out, the planet isn’t spinning to a fixed schedule.

“The increasing accuracy of atomic clocks revealed that Earth’s rotation is gradually slowing, adding very slightly to the length of each day. Every couple of years this slight difference adds up to a second; since 1972, nearly half a minute’s worth of ‘leap seconds’ have been added to International Atomic Time to bring it into sync with the planet.”

The Royal Observatory in Greenwich, London used to be the world’s most accurate clock. These days it’s down to a committee in Paris, at the Bureau International des Poids et Mesures. “The committee relies on advanced computers and algorithms and the input of atomic clocks, but the metacalculations, the slight favouring of one clock’s input over another’s, is ultimately filtered through the conversation of thoughtful scientists. Time is a group of people talking.”

As philosophical as it is scientific, Why Time Flies is perfect for lovers of Bill Bryson’s A Short History of Nearly Everything, Helen Czerski’s Storm in a Teacup or Neil deGrasse Tyson’s Astrophysics for People in a Hurry.

If you ask Burdick’s twin sons, Joshua and Leo, they might not be such big fans. As their dad lost more and more time to researching and writing the book, they cutely cajoled him with their own researched criticism that Harry Potter author J. K. Rowling “writes a lot faster than that”.

Why Time Flies by Alan Burdick is out now, from Text Publishing

Why time flies when you’re having fun