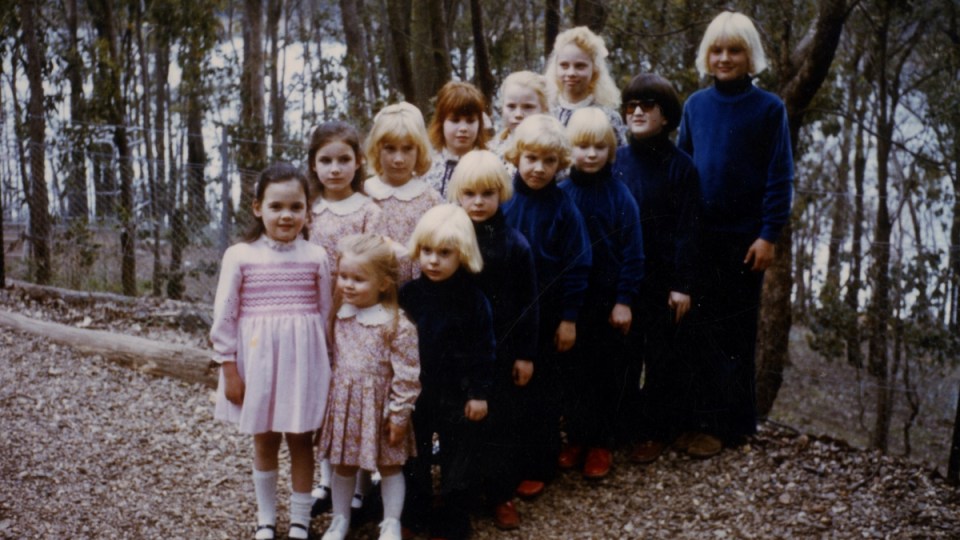 Anne Hamilton-Byrne's followers are now grown up with their own children.

Those piercing blue eyes that once convinced countless devotees she was the reincarnation of Jesus Christ are still unnerving.

Today, 98-year-old Anne Hamilton-Byrne, the infamous founder of Victorian cult The Family, is living out her days in a care home within sight of the forested hills where her insane reign took place.

But those eyes still managed to spook documentary filmmaker Rosie Jones, whose film about the disturbing sect The Family is in cinemas now.

“She’s a shell of the person she was, but even at this age, you could still feel the strength of that stare,” Jones says.

The fog of dementia ensures Hamilton-Byrne, who evaded prison for fraud, will never again face court. 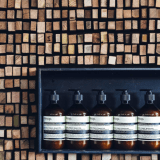 Inside the office culture of Aussie skincare company Aesop 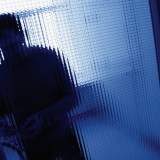 Fear: The terrifying true story of one man’s stalker ordeal 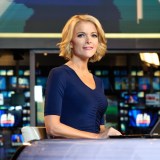 Megyn Kelly: The woman who stood her ground with President Trump

“It’s incredibly frustrating that sitting in front of you is the woman who has done all these things to so many people, and as the book and the film come out we’re getting more and more information … but she cannot answer any questions, so she’s off the hook. She’s just skitted away as she always has done.”

Very little of what Hamilton-Byrne said in lucid life was true anyway, including her name.

Born Evelyn Grace Victoria Edwards in Sale in 1921, the eldest of seven children, her childhood was troubled.

Her mother Florence spent most of her life in mental asylums, while her father Ralph was largely absent. She spent years in an orphanage.

Perhaps this created her urge to claim children through devious means involving corrupt doctors, nurses and social workers throughout the 1960s, dressing them identically with bleached blonde bowl cuts.

“It’s just bizarre knowing what had gone on for years and seeing around her room all these photographs of the blonde children, and her husband Bill, looking incredibly glamorous,” Jones says.

“She cradles a plastic doll very tenderly. There’s just something incredibly weird about this woman who has done so much damage, especially to children but also to adults, sitting there looking like a loving grandmother.”

A handful of loyal sect members still visit Hamilton-Byrne daily, and will no doubt benefit from the sale of her many properties when she dies, but no more children are held in thrall.

Working with the victims has taken an emotional toll, but Jones has forged strong friendships.

“I think they are inspiring, because their whole identity was removed from them, their birth families, even their birthdays. They had to rebuild that identity.”

Several of the children are now parents themselves.

“I just think it shows incredible strength and resilience and I guess that’s why some of them agreed to be in the film, because they want to say, to all sorts of people, not just those who were in a cult, but also those who have had a difficult background, that you can get over it.

“You just have to work at it and be strong.”