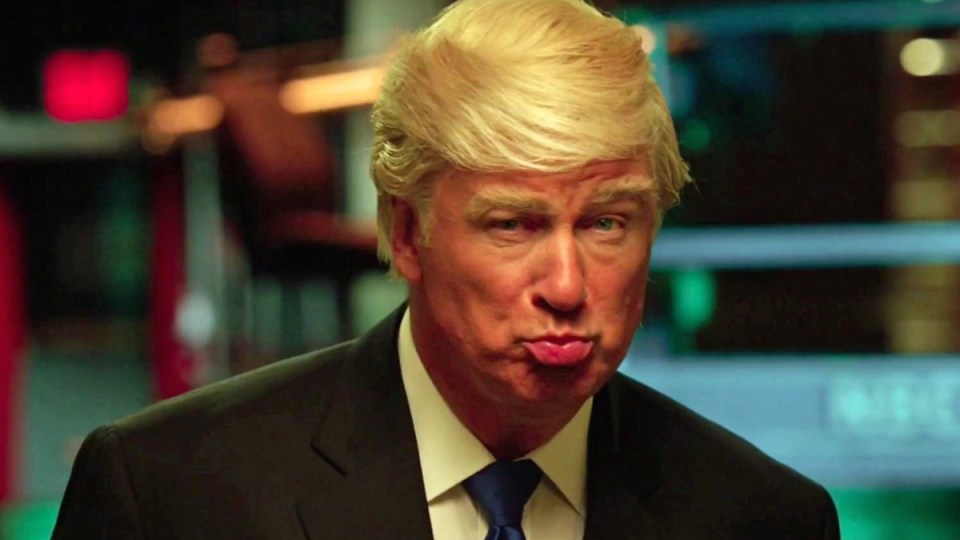 Alec Baldwin is taking his Trump impersonation one step further.

Alec Baldwin has a “yuge” announcement.

The actor is taking his Saturday Night Live impersonation of President Donald Trump to the next level by writing an entire book with Kurt Anderson titled You Can’t Spell America Without Me: The Really Tremendous Inside Story of My Fantastic First Year as President Donald J. Trump.

The book is scheduled to be published in November, according to The New York Times.

Anderson, currently the host of the public radio show Studio 360, is known as a founding editor of the now-defunct Spy magazine in the 1980s.

There, Anderson coined a nickname for Mr Trump, “short-fingered vulgarian”.

“I think it’s fair to say that Kurt will do most of the writing,” Baldwin told the Times via email.

“We have that arrangement whereby he doesn’t put on the wig, I don’t open up a Word document.” Baldwin will, however, narrate the audio-book as Mr Trump, according to the Times.

Baldwin has donned the Trump wig on SNL since the 42nd season’s premiere.

His frequent appearances in almost every episode since then have elicited various insults from Mr Trump’s Twitter account.

Later, in December, Mr Trump tweeted that the NBC show is “unwatchable” and has also called it a “hit job”.

At one point in December, Baldwin offered to “stop” his impersonation if Mr Trump released his tax returns.

Penguin Press tweeted out the news about Baldwin and Anderson’s collaboration, writing “we’re so excited to publish [the book].”