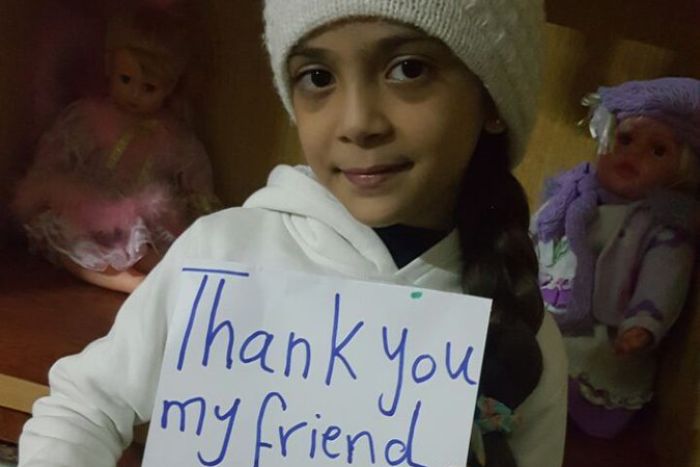 Author JK Rowling has brightened the day of a young fan in Aleppo, sending the entire series of Harry Potter books to seven-year-old Bana Alabed — who reads “to forget the war” that is ravaging her city.

With the help of her mother Fatemah, a teacher, Bana has been tweeting about day-to-day life in her hometown— which has descended into a warzone amid the Syrian civil war.

Since the pair started tweeting on September 24, they have amassed more than 100,000 followers.

They have tweeted about the steady stream of bombing, sent pleas to end the conflict to politicians, and shared short videos of Bana and her brothers drawing, playing and praying.

The pair have also tweeted about Bana’s love of reading — and after the family watched a Harry Potter movie last week, Fatemah sent a tweet to Rowling asking if there was any way to receive the books in Aleppo. 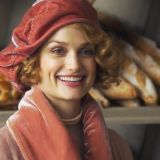 “She wants to but we don’t have it here. We watched the movie before. How do we get?” she wrote.

Bana lives in besieged eastern Aleppo — which has been waiting for urgently needed aid delivery and medical evacuations — and it is currently impossible for her to obtain a physical copy of the novels.

Hi @jk_rowling I watched Harry Potter movie, Bana would like to read the book.- Fatemah #Aleppo

But thanks to the quick thinking of literary agent Neil Blair, Rowling’s team were able to send Bana the series as ebooks.

@jk_rowling @missguppy1 @AlabedBana Bana, I work for Jo. Would you be able to read an eBook? If so I'd be happy to get a copy over to you.

Bana tweeted her thanks to Rowling, saying she had started reading the books with her brothers.

But despite the distraction that the books have provided, the horrors of war have continued for Bana.

The day after receiving the books she tweeted that her friend had been killed in the bombings.

“Oh dear world, I am crying tonight, this is my friend killed by a bomb tonight. I can’t stop crying,” she wrote.

What are we doing? We are reading Harry Potters. – Bana #Aleppo pic.twitter.com/wzuZq62Em0

Hello my friend @jk_rowling, I started reading your books now, my heart is for you. Thank you. – Bana #Aleppo #StandWithAleppo pic.twitter.com/MHtOIFzwuI

My friend @jk_rowling how are you? Thank you for the book, love you from #Aleppo. – Bana pic.twitter.com/c84b4Zux0G