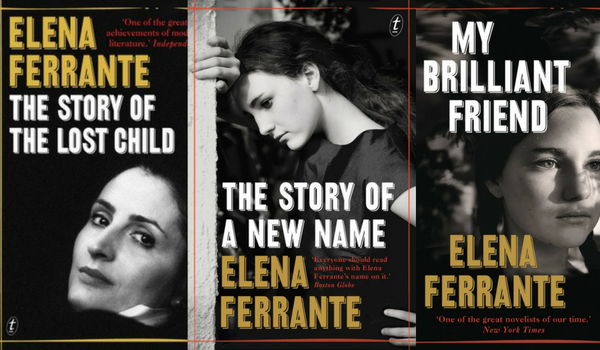 Ferrante's Neapolitan Series has been wildly successful around the globe.

A journalist is claiming he has uncovered the mystery identity of renowned Italian novelist Elena Ferrante, a move that her fans are branding “rotten”.

Ferrante – the pseudonymous author whose true identity has been the subject of numerous investigations – is actually Anita Raja, according to Claudio Gatti’s investigation published in The New York Review of Books.

The novelist has been an icon of 21st century literature, with her Neapolitan Novels series making her one of Italy’s most famous international figures.

The pursuit of Ferrante’s true identity has been arguably one of the biggest mysteries in modern literature, and Italian media in particular has obsessed over the question.

But rather than rejoice at Ferrante’s identity being allegedly uncovered, fans and critics have slammed the journalist, Mr Gatti, for his conduct:

1. Today, a great artist for whom anonymity was crucial—a statement about the publishing industry & how women are received there—was named. 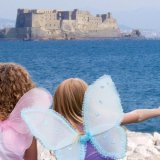 This bestselling book has a terrible cover. Here’s why 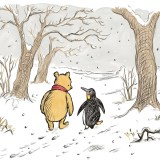 I wish @nybooks thought harder about why the daughter of a Holocaust refugee in Italy might’ve craved pseudonymity: https://t.co/DAZkOJlYEa

It makes us so uncomfortable when women insist on living by their own rules. #ElenaFerrante

Pretty rotten, @nybooks. Feels a bit like a witch hunt & also gross misunderstanding of what was magical abt not knowing. #ElenaFerrante

Mr Gatti drew on the financial accounts of Ferrante’s Italian publisher Edizione e/o as the evidence he argues proves she is a woman known as Anita Raja.

Through the leaked financial accounts he observed that Raja received huge payments from Edizione e/o at the same time as her Neapolitan Novels became popular in Italy, and then over the world.

Mr Gatti was also able to identify lavish properties purchased by Raja and her husband, author Domenico Starnone, as her book sold millions of copies.

Raja worked as a translator published by Edizione e/o and had also coordinated an Italian writers imprint for the small Roman publishing house.

Mr Gatti made numerous attempts for comment from the publisher and from Raja, but neither wanted to fuel the speculation, with Edizione e/o saying it did not want to feed “hypotheses” about Ferrante’s identity.

Ferrante has also published a compilation book full of notes, letters and writings named Frantumaglia. It is available in Italy but will soon be released in the United States.

In it, Ferrante goes into biographical detail, talking about her family and her life growing up.

However, Mr Gatti claims he has evidence to prove that these biographical details were untrue.

For example, in Frantumaglia, Ferrante explains she is the daughter of a Neapolitan seamstress with three sisters.

Mr Gatti claims that Ferrante (aka Ms Raja) is the daughter of a German-born mother who fled the Holocaust, with only a younger brother and no sisters.

“These crumbs of information seemed designed to satisfy her readers’ appetite for a personal story that might relate to the Neapolitan setting of the novels themselves,” Mr Gatti wrote.

Her father was an Italian magistrate named Renato Raja.

Mr Gatti points out that one of the Frantumaglia letters written by Ferrante contains the line: “I don’t at all hate lies, in life I find them useful and I resort to them when necessary to shield my person, feelings, pressures.”

This, to Mr Gatti, was telling in his investigation:

“But by announcing that she would lie on occasion, Ferrante has in a way relinquished her right to disappear behind her books and let them live and grow while their author remained unknown,” he wrote.

Raja translated novels by German feminist writer Christa Wolf, who like Ferrante’s novels, feature complex female narrators and wanted to protect the people she wrote about.

This has been a reason for Ferrante remaining anonymous, according to the novelist’s email interviews.