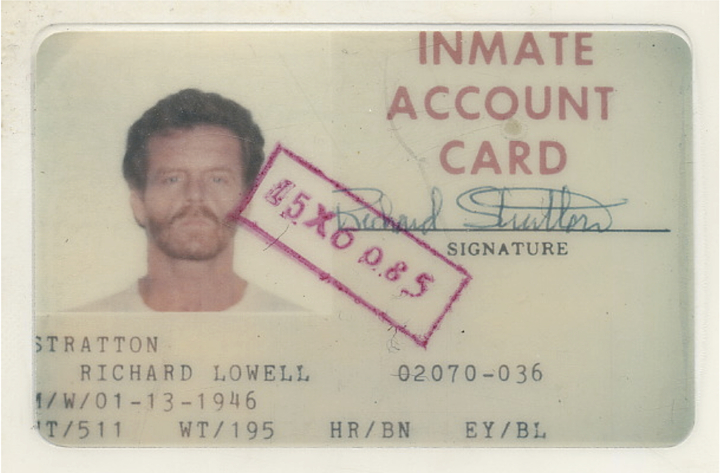 As a clean-cut teenager, Richard Stratton wasn’t the first college student to skin up and smoke joints and he certainly won’t be the last.

However, few end up smuggling the stuff in vast quantities across borders, dodging plane crashes, consorting with notorious criminals like Whitey Bulger and ultimately serving time.

Stratton’s journey started small, with jaunts in his beat-up car brining modest hauls across the Mexican border to his school in Arizona, but the adrenaline rush was irresistible.

Pretty soon business grew and grew until he was a major part of what’s known as the ‘hippie mafia,’ and one of America’s most wanted drug traffickers of all time.

Stratton was sentenced to 25 years in jail for failing to cooperate – he refused to give up his friend, writer Norman Mailer, in exchange for a shorter sentence – but only served eight years in total.

“That goes back to Vietnam and also to racism in this country. It’s all about questioning authority, looking at the government and saying, ‘you know what, if you guys are making these ridiculous laws, we’re not going to abide by them’.”

Seeing in himself an American outlaw spirit he says is part of the country’s DNA, Stratton dedicates his new memoir Smuggler: A Memoir to, “the prisoners of the War on Plants,” arguing the government’s failed war on drugs was always suspect of motive and the laws deserved to be broken.

“I wasn’t a bank robber or an extortionist,” he says. “I wasn’t into fraud or cheating people. I brought a good product in for a reasonable price and put it in the marketplace without any violence.”

Notorious Boston mob boss Bulger didn’t share the pacifist approach, though he did save Stratton from a bloody turf war.

“He’s a lot smarter than most people give him credit for,” Stratton says. “He just decided all he ever wanted to be was a criminal and I understand that because there was a time in my life when that’s all I wanted.

“He was drawn to the dark side, and I’ve often wondered if it had to do with his relationship with his father and him being the oldest boy. He had to provide for his family because they were very poor.”

Ironically, like Bulger, Stratton also developed an affinity for the DEA special agent who doggedly pursued him, Bernard Wolfshein.

“Wolfshein was a formidable adversary, an intellectual and honourable man who resembles the detective from Fyodor Dostoyevsk’s Crime and Punishment,” he says.

Now an award-winning filmmaker and author, in Smuggler Stratton details his 15-year reign with a riveting narrative more often associated with thriller novels.

It’s a rollicking ride that globe hops from Manhattan’s Plaza Hotel to the Caribbean and on to war-torn Beirut, including an action-packed early set piece involving a mammoth plane crash in a remote outpost of New England. Now 70 and settled in New York with a wife and kids, Stratton still smokes spot but these days prefers vaping. He says his time in prison made him a stronger, more self-reflective and compassionate person, but acknowledges it can just as easily break a man.

“Prison allowed me to become a writer,” he says. “I was writing before I got involved in dope smuggling and I used to tell people I sold pot to support my writing habit. I wish I still had the income I had in those days.

“When you’re really in the flow of writing there are highs and lows. It’s not the same kind of rush, but there’s a touch of that adrenaline that satisfies me to a certain degree.

“When I look back now I don’t cherish the idea of facing imprisonment. That experience, as valuable as it was, is something I would never want to go through again.”

Smuggler: A Memoir is out now, published by Allen & Unwin.