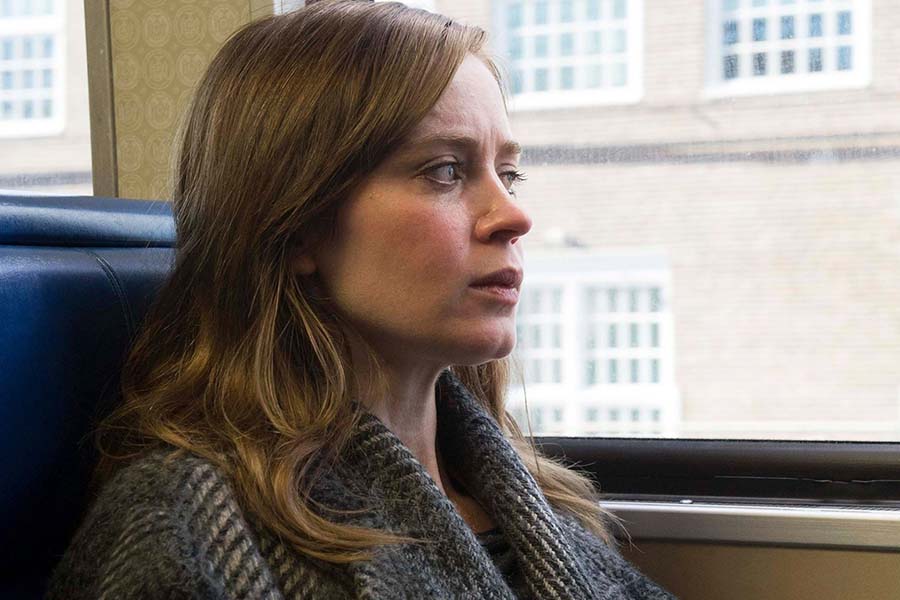 Sitting in the rooftop atrium of Melbourne’s Sofitel hotel, The Girl on the Train author Paula Hawkins says the fame that’s sprung up about her is surreal, but the biggest reward was coming good on a loan from her supportive father.

“When I got a call from my agent saying the publisher had offered way more money than I thought, my first phone call to my dad was, ‘It’s all going to be all right, I can pay you back,’” she says.

• These are the books everyone will buy in 2016
• The 20 books you should have read by now
• Is this the next great Australian novel?

While the New York Times best-selling domestic noir novel, dubbed “the next Gone Girl” on publication, was Hawkins’ first in her own name, she had actually penned four romantic comedies previously under the pseudonym Amy Silver, starting with Confessions of a Reluctant Recessionista.

The GFC had stalled her career as a freelance financial journalist, so she wrote a non-fiction money guide for women, which landed her an agent. When a publisher was looking for someone to pen GFC-related romance on an eight-week deadline, Hawkins was a natural fit. “I’d always wanted to write fiction but didn’t have any confidence in myself, so this was the perfect way to move into it.”

When the fourth book flopped, the lifeline from her father meant Hawkins could finish a half-written manuscript about Rachel, a lonely alcoholic who, on her daily commute into central London, obsesses about her ex-husband and his new wife, as well as the seemingly perfect life of their neighbours.

Devouring Agatha Christie, Donna Tartt and Patricia Highsmith, psychological thrillers were much more Hawkins’ bag. Alfred Hitchcock’s Rear Window suggested a half-glimpsed twist that sees unreliable narrator Rachel become something of an amateur sleuth in spite of her chaotic lifestyle. Gripping from start to finish, The Girl on the Train grapples with complex issues including societal pressure on body image and the way in which women occasionally internalise misogyny.

“In fictional depictions drunk men are often loveable rogues, but somehow if it’s a woman it’s much more unseemly and unpleasant,” Hawkins says. “Rachel sees Ann as a home-wrecker and Ann sees Rachel as a bunny boiler. They’re actually incredibly sexist judgements but over the course of the book we hopefully see them have a more nuanced understanding of each other.”

Hawkins was surprised by the book’s success in America, having seen it as a distinctly British story. The upcoming movie adaptation relocates the story to upstate New York, though Emily Blunt, as Rachel, retains her British accent. “Everyone’s gone up a few income brackets with beautiful houses, but it will work because it’s so picturesque and that heightens the contrast with everything going on behind close doors.”

Though she hasn’t seen the finished film, directed by The Help’s Tate Taylor, Hawkins did visit the set and says Blunt’s amazing. “A lot of people have pointed out that she’s skinny and beautiful, but it’s Hollywood. I knew they weren’t going to cast a dumpy girl. A lot of it’s in the way she carries herself, that slight disconnect people have when they’ve been drinking.”

On returning from Australia, the British author will work on the latest draft of her as-yet unnamed follow-up. Set in a fictional north-English town close to the Scottish border, it also plays on the idea of faulty memory and fraught female relationships, this time between sisters.

“I’m fascinated by memory because we all treat our own as sacrosanct and they’re not, they’re just an interpretation of events,” Hawkins says. “I’m particularly interested in childhood memories, how formative those are and yet you’ll tell a story about it to your brother or sister and they’ll go, ‘it didn’t happen like that at all’. And yet those memories are what go to making us who we are. Of course there are also bodies and blood on the page.”

Watch the trailer for the movie adaptation of The Girl on the Train below.