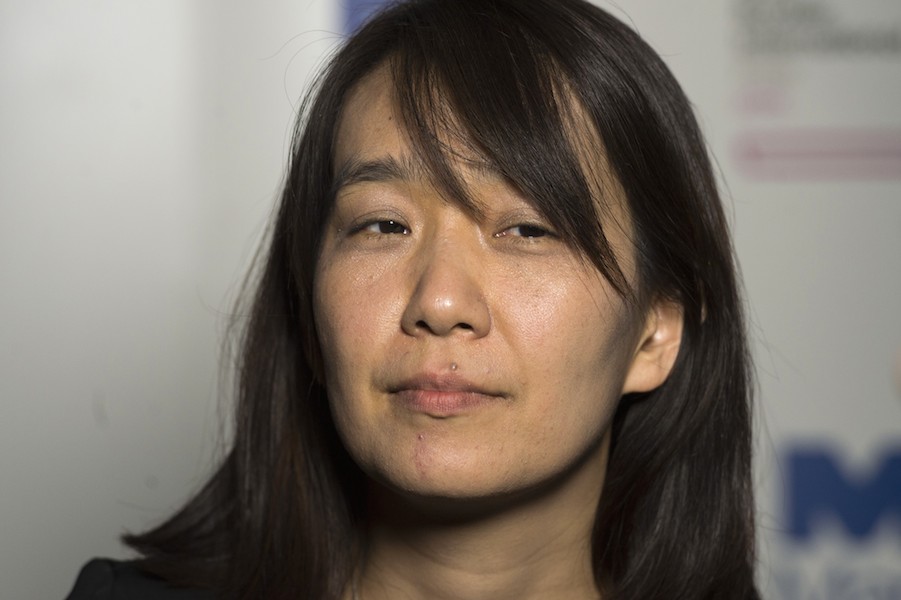 Disturbing otherworldliness lurks below the surface of seemingly mundane lives in South Korean author Han Kang’s riveting novella The Vegetarian, which has beaten out the unstoppable juggernaut that is Elena Ferrante to scoop the 2016 Man Booker International Prize.

Kang’s first novel to be translated into English, the win is all the more incredible given that its translator, Deborah Smith, only took up learning Korean six years ago, first tackling The Vegetarian after only two. She and Kang split the £50,000 ($98,475) prize money.

• Is this the next great Australian novel?
• No time to read? This is the perfect book for you
• These are the books everyone will buy in 2016

After a dark dream of dripping blood and red raw meat devoured with animal-like savagery, Yeong-hye – the vegetarian of the title – strips bare the fridge she shares in a loveless marriage, inadvertently setting in motion a horrific series of events.

Her sudden vegetarianism disgusts her brazenly misogynistic and small-minded husband, whose blunt observation provides the powerful first sentence: “Before my wife turned vegetarian, I’d always thought of her as completely unremarkable in every way.”

This statement kicks off a shocking opening section narrated by an unremarkable man whose self-important dreams are all but negligible compared to the haunting nightmares of his wife, relayed in streams of italicised consciousness, interjecting like damaged memories.

The simple act of rejecting animal products precipitates a sort of cultural chaos as an increasingly emaciated Yeong-hye is first chastised by her husband and family, then mocked by the wife of her husband’s boss at an elaborate business dinner where she refuses to eat anything but two small pieces of fruit.

If you’ve ever harboured your own carnivorous doubts, The Vegetarian does for meat-eating what Patrick Süskind’s similarly visceral Perfume did for the olfactory pleasures.

Yeong-hye withdraws completely from her husband, declining sex with the simple explanation that her husband reeks of meat. When he responds with brutal violence, the cracks of this marital assault radiate out into their extended family.

Yeong-hye’s unnamed brother-in-law, a half-hearted artist, is the focus of the second section, developing an all-powerful fascination for her increasingly skeletal figure and petal-like blue birthmark, sparking another sexually ambiguous interaction that will further tear the family apart.

In the final stretch, despite betrayal, Yeong-hye’s sister In-hye continues to care for her younger sibling even as she seems prepared to let go of life altogether in an existential disengagement that howls quietly into the abyss.

With every page turned, there’s both beauty and despair as they share a strange symmetry written in blood.

Equal parts challenging and compelling, Kang’s The Vegetarian is full of dread-like transformation, an enthralling cacophony of body horror and broken dreams that falls halfway between David Cronenberg and David Lynch, delivered in ominously beautiful poetry.

‘I am not afraid’: The modern unknown soldier risks it all in Ukraine
Energy market reform will be a big boost for emissions reductions: Chris Bowen
Greens sign up for Labor’s looming jobs-and-skills summit as Liberals stick with boycott
Joe Biden’s $430b green victory for the environment
China cementing its Thailand ties with joint military exercises
NRL: Titans frantic to end 10-game losing streak as Manly showdown looms
Why they had to die: GoT creator justifies murders
Today's Stories

The Vegetarian is a haunting and bizarre book