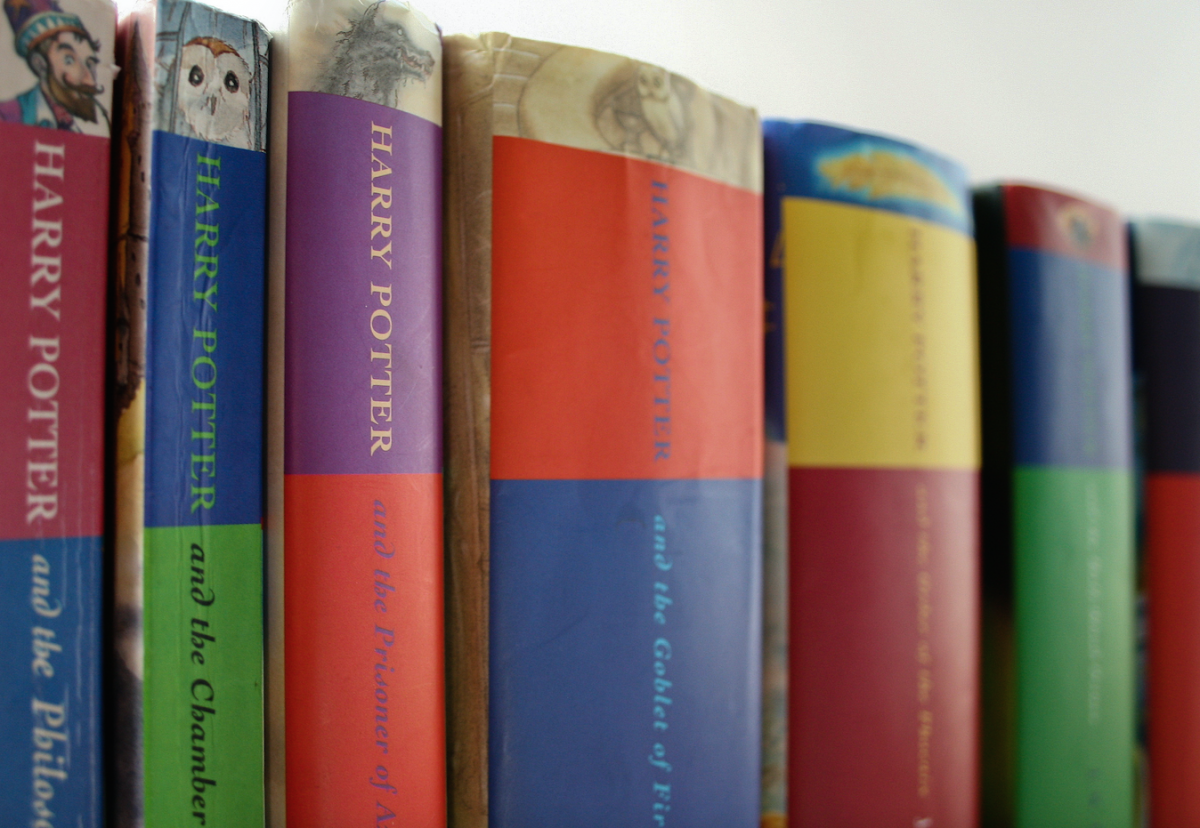 That dusty, old and dog-eared Harry Potter novel sitting on your shelf might be due for a revisit – the books are selling for thousands of dollars at auction.

If you have certain editions of the epics – which have sold hundreds of millions of copies around the globe – there is a very good chance you could cash in thanks to enthusiastic and deep-pocketed Harry Potter devotees.

The high prices are down to huge demand for early print editions of each novel, a bizarre phenomenon given the first book was published only 20 years ago.

• Ten books to read before they hit the big screen
• The 10 most-loved children’s books of all time
• Ten books to make you smarter (and they’re not boring!)

It would usually take much longer for a book to become so valuable.

This has all been discovered in part by author Phillip W Errington, who created a chart showing how much early editions of the book are worth.

He has worked at auction house Sotheby’s and released the findings in his book J.K. Rowling: A Bibliography 1997-2013.

He predictably found that the older the copy, the more money you’re likely to make, according to the UK’s The Sun newspaper.

Online book marketplace AbeBooks has also developed a guide to help Harry Potter owners work out if they can make a mini-mint from their books.

If you have a certain hardback first edition of Harry Potter and the Philospher’s Stone, you could be in line for around $76,000.

Australian first editions of Harry Potter and the Chamber of Secrets fetch around $400 to $820.

“First edition first printings” from the UK can attract $12,000.

First edition prints of the third novel, Harry Potter and the Prisoner of Azkaban, can be sold for up to $16,000.

You can tell one of these by the 10 to one number sequence, and by a block of misaligned text on page seven.

A signature from Rowling or attribution to Joanne and not J.K. can also enhance prices.

While the books from Harry Potter and the Goblet of Fire onwards are not as old as the first three novels, they can still be sold expensively if they’re the right ones.

Anything signed by the revered author will likely attract good money.

Watch the video to find out the value of your Harry Potter book:

It’s not just the rare editions of the books that fetch astronomical money.

In fact, there is a lot of memorabilia sold that dwarfs those amounts.

A first edition Philosopher’s Stone signed and annotated by J.K. Rowling was sold for a whopping $292,000 at a charity auction in the UK in 2013.

Rowling adorned the book with copious notes, explaining how she came to write the classic book and dream up the wizarding world.

Not to be completely outdone was the original watercolour artwork for the Philosopher’s Stone.

The pair of glasses that Daniel Radcliffe aka Harry Potter wore in the first Hollywood film were sold at auction for $28,000 in Hollywood in 2012.

Perhaps the most unusual item of Potter memorabilia was the selling of J.K. Rowling’s kitchen chair from which she wrote the Philosopher’s Stone and the Chamber of Secrets.

A globe which was featured in the Philosopher’s Stone movie sold before its release for $25,000 in 2001. Got a Harry Potter novel? It could be worth a fortune