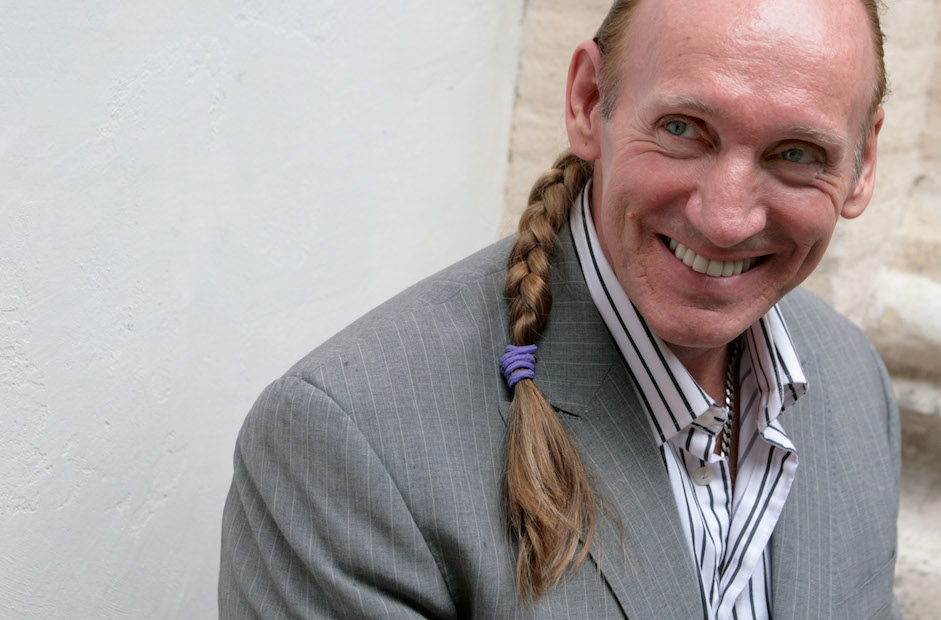 In this day and age of eBooks, it’s becoming less and less common to see a big brick of a novel brought to the beach, either here in Australia or on overseas holidays. But when elusive author Gregory David Roberts’ Shantaram was released over ten years ago in 2003, it sparked something of a devil-may-care attitude amongst backpackers, who carted around its bulky weight willingly.

Fusing philosophical musings on the meaning of love and life with his own experience of heroin addiction and jail time, Australian author Roberts forged a sprawling epic that details the misadventures of protagonist Lindsay, who flees similar circumstances and finds himself hiding out in the slums of Mumbai, falling into a life of organised crime under mafia figure Khaderbhai.

In Shantaram, Khaderbhai provided a much-needed father figure for Lindsay. He also fell madly in love with a woman named Karla, but both are roughly torn roughly from his hands. When we revisit Lin in the recently released sequel The Mountain Shadow, he has been out of Mumbai for two years and returns to a teeming city where the balance of power has shifted.

A turf war is brewing amongst mafia clans and Karla is married to a handsome young media mogul. Lin has abandoned his slum doctor career and resettled into forging passports. He now shares an apartment with new lover Lisa.

Roberts loves to pack every page with flowery musings on what it means to be alive and he’s not scared of a mixed metaphor or twenty either, with characters speaking in a strangely mangled poetry that’s far from naturalistic. Packed with detail, The Mountain Shadow is more concerned with characters’ stories than their physical attributes, and yet there’s something quite mesmeric about it all.

New players include Naveen, a would-be detective who has abandoned his law degree, the imperious Dennis, who at first appears dead but is actually in a very deep trance, and dangerous northern Irishman Concannon, a former member of the UVF. Threat constantly swirls in the background, and those not familiar with Shantaram will find themselves brought up to speed in short, snappy passages.

Roberts has withdrawn from public life to spend more time with is family and to focus on new writing, with further sequels promised, but the website for The Mountain Shadow offers one final, extended interview with the author divulging several telling insights.

“I’m not running away from life, I’m moving into a creative seclusion,” he says. “I love humanity and the world that sustains us, and I want to do as much new work in the coming years as possible. I hope that those who’ll miss my public life will be served by new writing from my private life.”

And as to the oft-posed question of just how much his books delve into his own experiences, Roberts says, “They’re novels, not autobiographies, and all of the characters and dialogue is created. It doesn’t matter how much of it is true or not to me, it’s how true they are to all of us, and to our common humanity.”

The decade-long gap between novels can also be put down to the emotional cost of writing them, Roberts says. “A novel is the most difficult and demanding of all the art forms. The cast of characters you create are so real that loving them, or losing them, is exactly as exhilarating and intense as loving and losing living human beings… Achieving that in a work of art ruins you, for a time. Writing is penance: if it’s not, you’re not putting enough into it.”

Alex Craig, from Australian publisher of The Mountain Shadow Picador, says that the Shantaram phenomenon was a consequence of its epic scope, covering love, fate, death, family and friendship in the grandest of fashions.

She says the setting is also part of its charm. “India is one of the cradles of civilisation, if you like … I think Greg, having lived there all those years, really was able to capture the soul of India, but also say something bigger about humanity.”

And don’t let the weight of the 870 pages put you off.

“Yes, it’s big, but on the other hand, you know it’s something that will sustain you for a number of weeks. From the very first line it just grabs you by the throat and doesn’t let go.” Australia’s most mysterious author returns after a decade