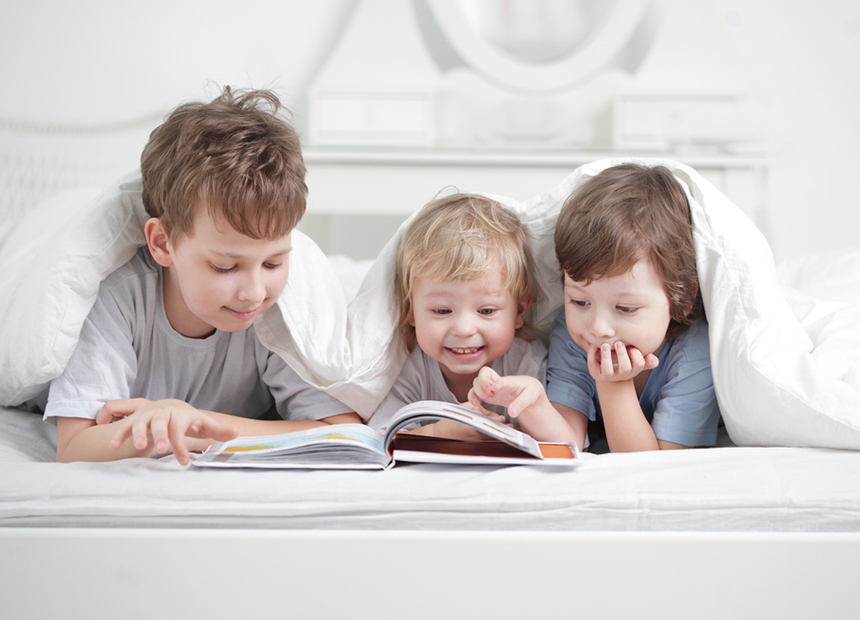 A new list revealing the top 51 children’s books of all time, as picked by 1,700 Australian readers, proves we are all drawn to a certain type of story as youngsters.

Orphans make up three of the top 10 main characters, and hidden fantasy lands are the most popular setting.

“For someone who grows up in a normal family, it’s interesting to read about not-so-normal families,” said Ruth Ellis, Children’s Category Manager at Dymocks.

So what else makes a great children’s book?

According to Ellis, it’s humour that’s most likely to engage a child – and keep them reading.

Many will be happy to see crowd favourite Harry Potter sitting in the top spot, with The Very Hungry Caterpillar and The Lion, The Witch and The Wardrobe rounding out the top three.

Another thing that’s clear from a quick scan of the list is that movie executives know where to look for ideas – six of the top 10 have lent their stories to huge blockbusters, and a seventh, The Magic Faraway Tree, is currently in production.

It can be hard to keep the kids occupied between school times. but this list of classic and more recent books should keep them going.

If not – there’s always the movie version. The story of a boy wizard and his struggles against a cruel adopted family, bullies and the most evil wizard who ever lived captured the hearts of kids and adults for a decade. The film adaptations of all seven books were some of the highest grossing of all time, and catapulted stars Daniel Radcliffe, Emma Watson and Rupert Grint to international fame. You might not know that this children’s classic was first published more than 50 years ago. It was a simple concept – a peckish insect that simply ate everything in its way (including chocolate cake) until transforming into a beautiful butterfly. The timeless illustrations can still be found on stationery and other merchandise.

3. The Lion, the Witch and the Wardrobe When it comes to fantasy stories, there haven’t been many as captivating as C.S. Lewis’ iconic tale of four English children escaping war-torn London through the back of a closet and into a world of mythical creatures, talking animals and never-ending winter. The Chronicles of Narnia spanned seven books and a subsequent series of films has so far grossed $1.5 billion worldwide. Proving that more recent releases are just as loved, Australian funny man Andy Griffiths comes in at number four with the story of brothers Terry and Andy, authors who are struggling to finish their book on time while living in a 13-storey treehouse full of distractions. Griffiths followed up with four more in the series and a sixth is pitted for release in 2016. Truth be told, the inimitable Enid Blyton could have appeared in this list for any number of her wonderful books (The Famous Five, The Adventures of the Wishing Chair), but it is the tale of three small children discovering a tree to transport them into various fantasy worlds that continues to resonate with today’s young readers. Roald Dahl could never be accused of sugar coating. The story of Matilda, an adopted girl neglected and verbally abused by her slobbish relatives, is at times hard to bear, but ultimately a hilarious and thoughtful tale about the transformative power of reading and love. The 1996 film starring Danny de Vito as Matilda’s dodgy dad remains an absolute classic of kids’ films, and a must see. The story of Anne, an orphan girl who is mistakenly sent to live with a family who intended on adopting a boy to help tend the land, has sold 50 million copies since its publication at the turn of the 20th century. Anne has been made into a film, made-for-TV series and an animation, not to mention the ‘Green Gable Farmhouse’ in Cavendish, Candada, which draws flocks of tourists every year.

8. Where the Wild Things Are In another tale of a child travelling to a far-off fantasy land, little Max is sent to his room without supper for dressing in his wolf costume and wreaking havoc around the house. Next thing, Max finds himself on an island filled with ‘wild things’ – giant beasts straight from author/illustrator Maurice Sendak’s imagination. This classic was  marvellously brought to life in the Spike Jonze-directed 2009 film. Really a young adult book, the Percy Jackson Series is an action and adventure powerhouse that has dominated best-selling lists for years. Rick Riordan came up with the concept for the series when his ADD and dyslexia-suffering son asked him to make up new Greek mythologies based on new and existing characters. The books have sold 35 million copies worldwide and Chris Columbus has directed two films based on the series. The Gruffalo by author and playwright Julia Donaldson has a cunning mouse as its protagonist. Taking a walk through the woods, the mouse manages to evade the attacks of various animals by saying he’s going to meet the fictitious ‘gruffalo’. Then, the gruffalo actually shows up. Donaldson’s picture book has won a litany of awards and even appeared on the West End and Broadway. The 10 most-loved children’s books of all time