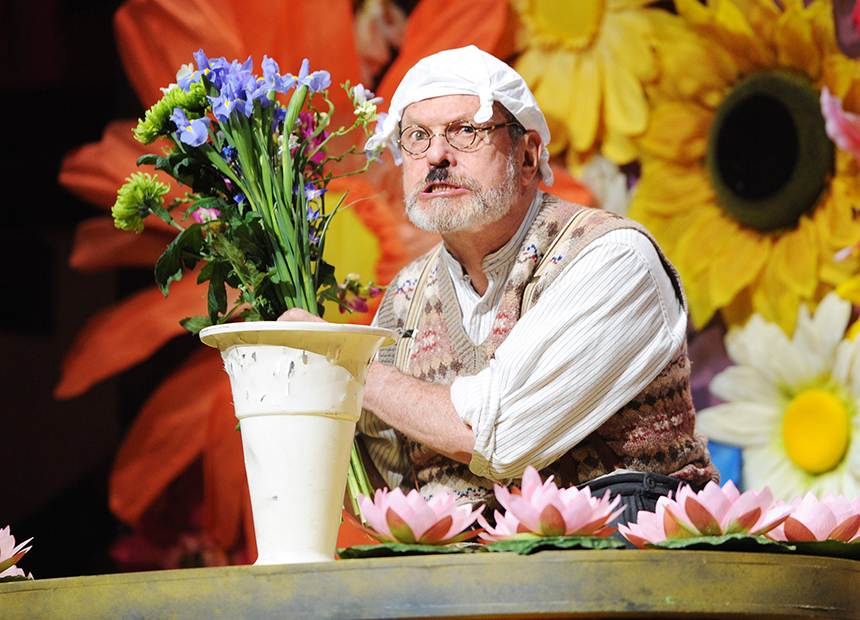 As a co-founder of Monty Python’s Flying Circus and a former Boy Scout enthusiast brought up on a Minnesota farm, Terry Gilliam is rightly held up as crazed comic genius, so much so that when Variety incorrectly announced his death, the ensuing tsunami of Twittersphere grief was overwhelming.

In a cheeky nod to that errant reporting, Gilliam’s long-awaited autobiography, Gilliamesque, is sub-tilted A Pre-Posthumous Memoir. Initially intended as a simple illustration book, once he got chatting with his daughter Holly, Gilliam soon realised there was way too much he had to say, and so we have this hugely detailed peek inside a colourful career that not only encompasses the Python years, but has also seen him write and direct a slew of iconic movies.

There are his incredibly detailed dystopian visions like the Brad Pitt and Bruce Willis-led 12 Monkeys and the Oscar-nominated Brazil, Johnny Depp and Benicio Del Toro in a trippy adaptation of gonzo writer Hunter S. Thompson’s road novel Fear and Loathing in Las Vegas and kids’ faves Time Bandits and The Adventures of Baron Munchausen. Of course, he also wrote and directed the legendarily silly Monty Python and the Holy Grail as well as penning Life of Brian.

As Gilliam notes in the introduction to Gilliamesque, it wasn’t necessarily easy joining all the dots of his scattershot memory over the last few decades of creative hijinks that’s seen him live in London, New York and LA, soaking up the counter-culture vibe of the 60s and 70s that pervades all his work. Fellow Monty Python alumni Michael Palin had been assiduous in keeping a diary, a habit Gilliam never picked up and a failing his wife Maggie suggests has led to a dangerously selective memory.

But here’s the thing, however wobbly his recollections may be, and I suspect they’re a lot sharper than he’s letting on, he’s upfront about it and there’s something joyously rebellious about that freedom. Lord knows he’s earned the right to tell it his way after decades of entertaining us.

And the details are juicy. The sometimes brutal bloodletting of his nevertheless funny illustrations and animations springs from a frustration that he wasn’t as word-smart as his fellow Pythons, particularly the Cambridge-educated ones. “One of the fundamental appeals of animation is that the restrictions of everyday mortality do not apply. People can be squished and stomped, and still bounce back up.”

Any inhibitions he felt around the rest of the Pythons were counterbalanced by his accent, ensuring he had the most luck in the bedroom. This, in turn, sparked a spot of jealousy. There are cute details too, like he and John Cleese both having sibling Siamese cats as pets. Gilliam’s, which appears in a Killer Cars Python animation, was just called ‘cat’ because “I never asked him his name.”

There were frayed tensions from time to time, particularly on the set of Holy Grail, with Gilliam pointing out it was lucky the film had two directors as he, “stomped off in high dudgeon to lie down in the tall grass”. He and editor John Hackney would also sneak in during the night and swap out the shots Terry Jones selected for the cut when they regularly didn’t agree.

The most fun was had on set of Life of Brian, with Gilliam recalling with wicked glee the ensuing uproar on release of their screwball take on the crucifixion. “The fact that the Catholics, the Protestants and the Jews were simultaneously marching in protest at the film’s sacrilegious treatment of important religious themes was just the icing on the cake.”

Mind-bogglingly for film buffs, Stanley Kubrick asked him to create an animated title sequence for A Clockwork Orange, which he only declined because the one-week deadline was too tight. There are loads of great little nuggets like this.

He geeked out with Bruce Willis about the scene in Die Hard where the star picked glass out of the soles of his feet, apparently Willis’ idea. The script for Fear and Loathing in Las Vegas was nutted out in ten days, with Gilliam commanding, “Just do the f%#king book,” after Thompson personally kicked the previous director out of his house, opening the door for him to step in. Johnny Depp was late to set every day because he’d sit up all night on the phone to Thompson.

Gilliam regularly offers refreshingly candid takes on difficulties with his wry wit. On Munchausen’s poor financial performance Stateside shutting him out of Hollywood, he says, “As a consequence of the difficulty I’ve had getting projects off the ground, I’ve made fewer films than I would have liked. However, given an easy ride, I probably would have knocked out some real stinkers”.

As you would expect from such an illustrious, illustrative mind, every physical detail about the hardback Gilliamesque is beautiful, from the ‘Me Me Me Me’ that dances around the page edges, seemingly scribbled in neon pink marker, to the vast library of detailed illustrations with their biro-like captions and archival photos.

The explosive cover features a ragtag bunch of his whacky creations erupting from his comically chopped-off-at-the-brain head. Again with that cartoon violence. There’s a very Monty Python Bronzino cupid foot, the frighteningly flailing simian symbol from 12 Monkeys, the soaring, futuristic angel from Brazil and Baron Munchhausen flying by, astride a cannon ball.

Gilliamesque is sky-high stuff and is a genuine goldmine for Monty Python fans, film fanatics and anyone with a soft spot for smart comedy that really says something. Long may Variety park that obituary. ‘Under siege’: Trump reveals FBI raid of home
Barilaro affair ‘incredibly disappointing’: Perrottet
Monkeypox vaccines arrive for most at risk
Russia ‘using nuclear plant as base’ as UN slams attacks
Father, son get life for Arbery hate crime
China action of ‘enormous concern’: Marles
This is what it’s really like to be a food critic
Today's Stories

Inside the meticulously manic mind of Terry Gilliam