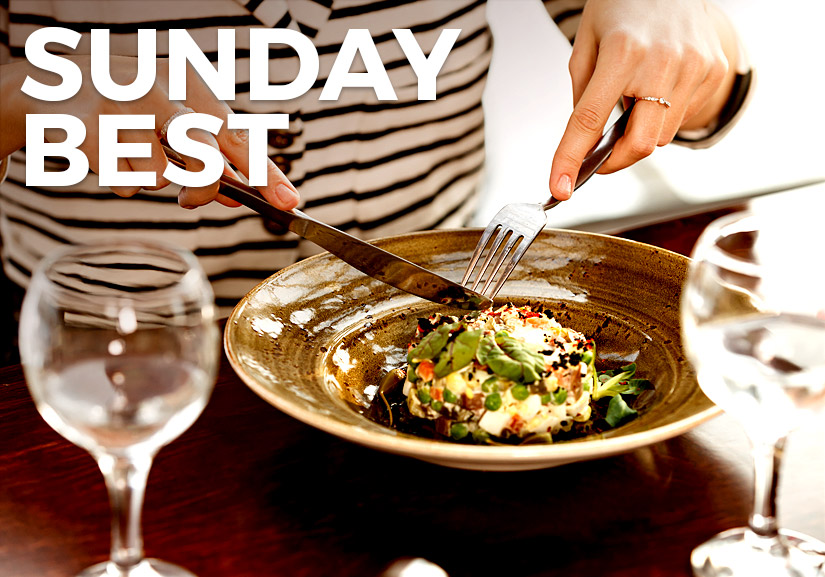 Larissa Dubecki has been a restaurant critic and food writer for the past ten years, including six years as chief critic for The Age newspaper and The Age Good Food Guide.

Her work has also appeared in Gourmet Traveller and Guardian Australia, and she currently writes a weekly restaurant column for Time Out.

She has appeared on MasterChef a number of times, and has been a judge on Iron Chef Australia. From 1991 to 2002 she was also a very bad waitress.

As a wise colleague once said when I dithered nervously in the face of the offer of the top, bees-knees, full-time reviewing job: ‘It’s food. It’s either delicious or it’s not.’

He was right. Start at delicious and go from there.

Along the way I’ve learned plenty of stuff. Stuff by default and by accident and very much on purpose. Stuff the conspiracy of food books, magazines and newspaper supplements will not explicitly say.

A lot of it feeds into General Revelation 101 that the main reason restaurant cooking shits on home cooking is that chefs are on very cosy terms with all the evil things that make food taste good. Even when they’re pretending to be concerned for your blood pressure and glycaemic index, it’s usually little more than a sneaky bit of PR spin.

So much restaurant cooking is like the moment in The Wizard of Oz where the curtain is pulled back to reveal the little man with the levers. It tastes good because—oooh, all that butter. All that salt. It’s not rocket science.

Even salad. You learn that salad should be seasoned. That’s why restaurant salad tastes better than home salad. It’s the salt. Salt makes things delicious. More of those addictive little white crystals.

You also learn that you shouldn’t be afraid of heat. In restaurant kitchens there are flames sheeting for the sky, like a test-run for hell, which sadly means trying to get restaurant results on a domestic burner can be like trying to win the Indy 500 in a go-kart.

You learn that the better the restaurant, the more tepid the food. Especially the meat.

You learn the fundamental rules of ordering, such as not ordering risotto in general, or seafood on a Monday, especially when it’s on the specials list, and that it can actually be surprisingly difficult to find a really good steak—particularly when what you want, above all else, is a really good steak.

You learn the importance of acid to a dish, that chicken is generally a meat for boring ditherers, that most kitchens overcook swordfish, and that a jus by any other name would still be gravy with tickets on itself.

You learn that anyone who cheats by putting crackle in a deep fryer should be publicly flogged, that duck fat is generally wonderful, and that all good pasta is ugly in a beautiful way.

The list goes on. There’s plenty of bulls**t, too. Not all truffles are created equal, although they are all presented with hilarious solemnity at the table (partly to justify the $30 ‘supplement’).

You could argue that instead of being a by-word for luxury, foie gras is just liver that’s gone to fat camp, that the whole wagyu thing has well and truly jumped the cow shark.

But in the end, the only three prerequisites for the job are to love food to the point of gluttony, to keep an open mind, and be prepared to eat the head cheese.

My daughter, when she was a three-year-old developing the kind of observations that put parents terrifyingly on notice, used to say accusingly, ‘You’re not going out to work, you’re going out to dinner.’ She was on the winning team with that one.

Nine-and-a- half out of ten people will agree that eating for a living does not count among the most taxing occupations in the world. Not even among the top 100,000. Many will argue whether it is work at all, or if it is in fact leisure time with a dollar value added to it.

But you try it. Please, be my guest. Put what you eat into words. Stick something in your mouth then describe it. Only first you have to eliminate ‘yum’ as an adjective. Yum is for children and television hosts. So is ‘beautiful’. TV chefs use beautiful as a rapturous catch-all when they don’t know what else to say. It’s important to pronounce it beauuuu-ti-fuuuul, with a crisp ‘t’, rather than ‘bewdiful’. I think the intention is to show something is so gobsmackingly delicious it deserves the extra effort of correct pronunciation. On paper it’s a little trickier. You should not—really, you CAN NOT, under pain of death—describe meat as moist, or dessert as sinful. However hard a brownie tries, a combination of sugar, flour and chocolate cannot be wicked in the classic jurisprudential sense.

You can’t write about wafting aromas and succulent anything. Succulent is on Interpol’s watch-list of banned food words. They’ll send their crack squad of assassins to neutralise the culprit without a second’s hesitation. See also: tender, melting, decadent.

In fact, the English language is shockingly ill-equipped to describe food in anything except the most ham-fisted ways. The Germans would probably have a word for the perfect briny slap of a good oyster.

Food writers in English have been known to reach for ‘ozone’. Personally, I have no idea what ozone tastes like—I prefer it much higher up in the atmosphere, protecting the earth from the sun’s shattering rays—but a good oyster will taste like high tide and the fresh salt of an ocean gale rather than the seaweed dankness of a rockpool at low tide.

But perhaps it’s better just to say the oysters are fresh, and good, and be done with it, although if all food writing were reduced to good and bad, fresh and not-fresh, the bottom would fall out of the restaurant reviewing market.

Until the language police come a-knockin’ to really put the frighteners on dweeby food nerds getting all poetic with their dinner, we’ll be stuck with writers falling into the abyss of their own critical conceits like this: ‘Pickled and roasted quince plays support in a simple but totally convincing duet of two simpatico bandmates.’

Actually, I wrote that. It seemed like a good idea at the time.

This is an edited extract from Prick with a Fork: The World’s Worst Waitress Spills the Beans by Larissa Dubecki, published by Allen & Unwin, RRP $29.99, available now.