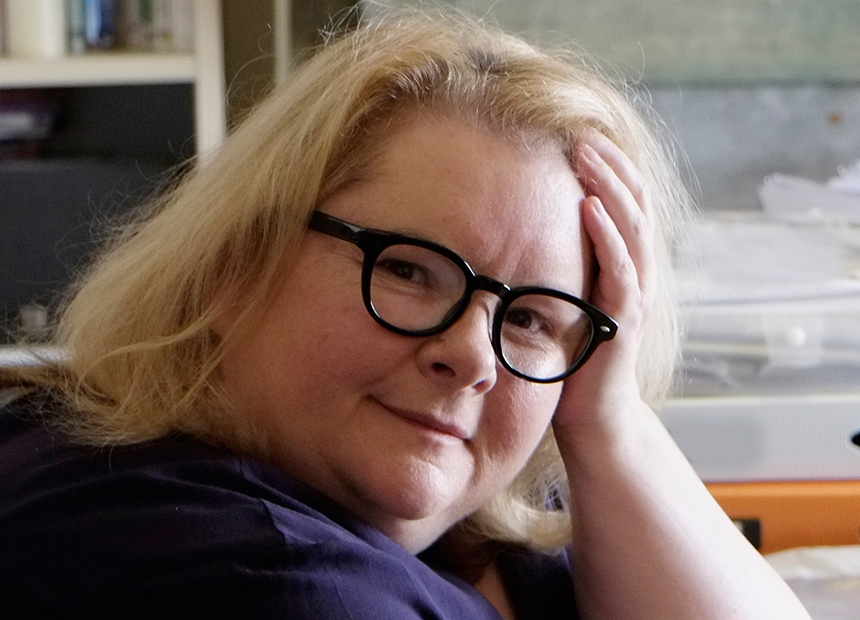 Magda Szubanski was four years old when, in 1965, her family left behind the cold and wet of northern English industrial city Liverpool.

It was the first emotional wrench in the life of the treasured actress, comedian and now author perhaps most celebrated for her comic-tragic take on Kath & Kim’s loveable loser and second-best friend Sharon Strzelecki.

As with so many stars that make us laugh uproariously, battles with mental ill health were hidden behind the clown’s mask.

• James Bond vs Jack Reacher: who’s the better hero?
• Five books to get you through the week

The release this week of her insightful and deeply affecting memoir Reckoning details a haunting family history and her experience of depression, manifesting in ongoing weight issues.

“It’s not a celebrity memoir at all, it’s a family saga,” Szubanski says. “Being famous just happens to be my job.”

Szubanski points to scientific research that suggests there may be a genetic link that passes on traumatic experience via DNA.

A proud and emotionally guarded man, her father Zbigniew was born in 1924 in a Warsaw still reeling from the devastating blow of the First World War.

Zbigniew was only 15 when Hitler invaded Poland in 1939, wreaking untold devastation on the city in the face of fierce local resistance. Soon afterwards he began executing Nazis and their sympathisers at point blank range.

It’s a harsh reality he was still coming to terms with on his deathbed in Melbourne decades after leaving Warsaw for Scotland, where he met Szubanski’s mother Margaret.

Years of therapy have helped Szubanski process her father’s horrific experiences alongside her own struggles, as well as a shocking secret on her mother’s Irish side. “Hacking into my own operating system, I really understood how much I am a product of my ancestry, and all of those things are inextricably woven together. There’s no way I could have written one story without the other, because they are enmeshed.”

The family’s uprooting from the dark of English winter to baking hot summer in Melbourne’s Croydon North, as a work transfer her father engineered to leave the ghosts of Europe behind, left her feeling all at sea.

“I had no one single identity I could latch onto,” she says. “I felt very rootless.”

With the niggling realisation that she was lesbian surfacing just as puberty came knocking, it’s not surprising the high school years were tough for Szubanski despite her best efforts at fitting in, including a misguided attempt to join the violent Sharpie crowd.

Rejected by the cool kids at Siena Convent, where she showed little interest in books (though slightly more in her teacher Sister Agnes), Szubanski retreated into comfort eating while fantasising about the glamorous leading ladies of old Hollywood glamour, with a particular obsession for Grace Kelly.

Sneaking into her parents’ lounge room in the middle of the night with a fistful of chocolate biscuits and pouring herself a glass of Bailey’s, she would turn on the TV to SBS with headphones plugged in and gorge herself on calories and cinematic classics.

Films like Cabaret, Some Like It Hot and Butch Cassidy and the Sundance Kid offered an escape route, as did her mother’s sleeping pills, which Szubanski would often find herself staring at. “Strangely, what I think that forces you to do is to drill down into very universal things and I wonder if that might be why the characters that I do resonate,” Szubanski ponders. “I’ve always been about trying to get to or reveal the truth that lies beneath and I’ve discovered that this fragmented identity that I have, actually a lot of people relate to it.”

With Szubanski beaming into living rooms across Australia, Hollywood came a-knocking but her inner turmoil continued. The initial career nosedive experienced by Ellen DeGeneres post-coming out was not reassuring.

When I felt that it was safe, I chose to come out

“Society was very antagonistic and that’s only changed very recently,” she says. “I tend to read the signs, as it were, and when I felt that it was safe, I chose to come out. But also I really had to deal with my own internalised homophobia and that took a very long time.”

It wasn’t until Valentine’s Day 2012 that she would publicly reveal her sexual identity on Network 10’s The Project during a segment about marriage equality. Things didn’t magically improve overnight.

“Owning my identity has taken me a f**k of a long time, and it was really rocky and unnerving, both the experience of coming out and also actually writing the book, which has bizarrely been like a form of narrative therapy to help me find my story.” Now that Szubanski finds herself on surer footing, she’s determined to give back as an ambassador for NSW’s based non-profit support group Twenty10, working with young LGBTIQ people, their families and communities. Thankfully Szubanski’s 91-year-old mother, her sister Barb and brother Chris are right behind her.

“Going through this journey with my mother, particularly, has been so beautiful. It became our new activity where I’d go home, sit on the Jason recliners and read the book to her aloud, then we’d have a little cry about certain parts and laugh about others.

“I do feel as if this book has shifted something for me and I’m very curious to see where it will lead me. I don’t have a plan, but I think it will change things and I’m feeling very excited and optimistic.”

Reckoning (Text Publishing) is out now. Buy it here.