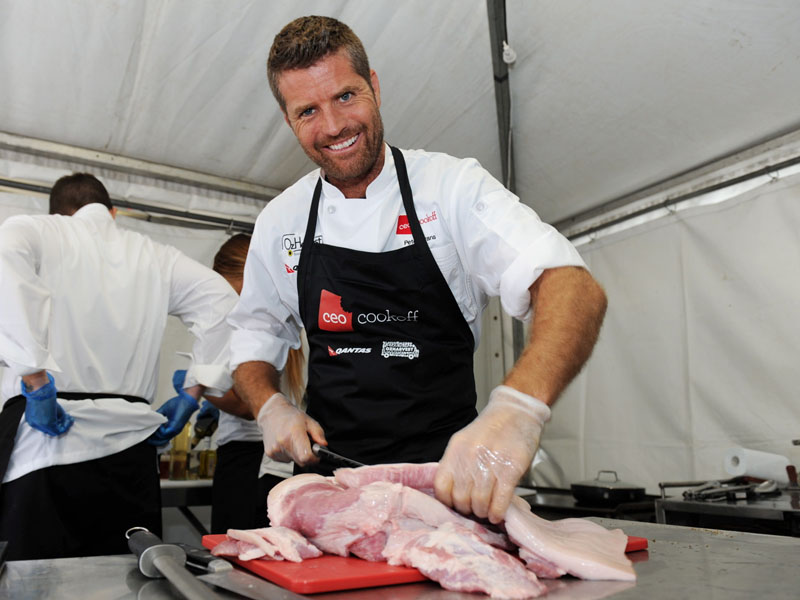 Paleo devotee and celebrity chef Pete Evans has hit back at critics of a controversial baby broth formula, saying the recipe has been around for more than 20 years and there’s no recorded case of harm.

Evans appeared on the Seven Network’s Sunday Night program, spruiking the benefits of the caveman-style diet as reporter Mike Willesee embarked on a 10-week trial of the lifestyle.

A digital version of a paleo cookbook for young kids, co-authored by Evans, was released digitally earlier this year.

Evans said a print version of Bubba Yum Yum: The Paleo Way, for New Mums, Babies and Toddlers will be ready by the end of the year.

“The delay was our publisher got nervous,” Evans said.

“They were nervous at how the big retailers would respond to negative publicity.

“This recipe has been in print, in publication, for over 20 years, in America.

“I think it’s sold a million copies and never once was there any issue with it. There’s no recorded case of harm from that one recipe.”

Evans, one of the judges on My Kitchen Rules, said the Bubba Yum Yum baby formula recipe halved the amount of liver in the original.