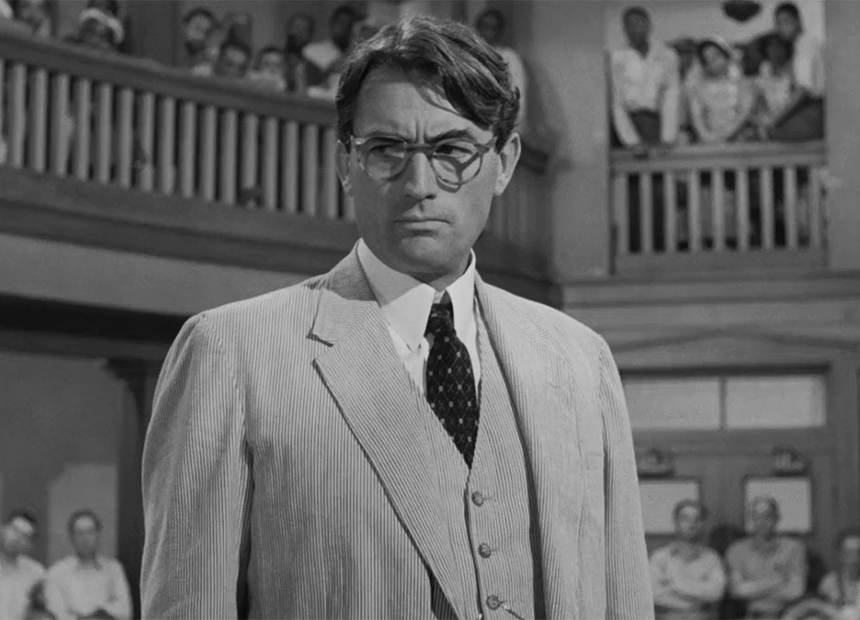 Fifty-six years after Harper Lee first introduced Atticus Finch into millions of hearts and high school English classrooms with her debut novel To Kill a Mockingbird, the beloved fictional lawyer is making a comeback onto the literary scene – but with a plot twist that virtually nobody saw coming.

In Lee’s upcoming second novel, Go Set a Watchman, tomboyish Scout Finch – now 20 years older, living in New York, and known as Jean Louise – returns to her hometown of Maycomb, Alabama. It is the mid-1950s and Maycomb is in the midst of a fierce civil rights battle following the 1954 Brown v. Board of Education Supreme Court decision.

• Harper Lee ‘forced’ into Mockingbird sequel
• Pen pals: the greatest literary friendships of all time
• If literary classics were rewritten from a different perspective
• Nine classic books you can get for free online

One of the town’s leading opponents of desegregation? Now 72-year-old Atticus Finch, who famously risked his life to defend a black man accused of rape in To Kill a Mockingbird. “You’re the only person I’ve ever fully trusted and now I’m done for,” a tearful Jean Louise tells Atticus, and many outraged fans are echoing the sentiment.

Go Set a Watchman was originally written in 1957 but was rejected by Lee’s publisher, who asked for a greater focus on Scout’s childhood – thus, the iconic To Kill a Mockingbird was born. On July 14, the novel preceding Lee’s bestseller will be published for the first time amid great hype.

Many fans have declared their refusal to read the novel, not wishing to ruin their image of a perfect Atticus Finch. Some critics, however, are voicing support for this darker depiction of Atticus, saying it adds more depth to an otherwise blandly heroic character.

“If Atticus Finch is not quite the plaster saint that he is in To Kill a Mockingbird, there could be something rich and fascinating about that,” novelist and critic Thomas Mallon told The New York Times.

“The moral certainties in To Kill a Mockingbird are apparent from the first page, and in that sense, I don’t think it’s a great novel that deals with the tormenting questions of race in America, but maybe this new one is, if it’s more nuanced.”

Others suggest that Atticus was never a “plaster saint” at all, and that he has, in fact, always been a little bit racist.

“Atticus isn’t – never was – a bland fighter for what is empirically right,” writes TIME‘s Daniel D’Addario. He argues that this segregationist Atticus “actually squares neatly with the paternalistic attitude Atticus takes towards black people in To Kill a Mockingbird, and his occasionally overwrought compassion for his racist white neighbours”.

“The tone of To Kill a Mockingbird, with its deceptively simple, childlike curiosity, simply elided consequences of those traditions that might be on the uglier side, because a young daughter overlooks the frailties in her father that are beyond her understanding,” D’Addario adds.

It is inevitable that the release of Go Set a Watchman will affect the way we read and re-read To Kill a Mockingbird in the future, says Karla FC Holloway, a professor of English and law at Duke University, but it also has the potential to make Americans take a closer look at themselves and their country’s history.

“It will force an interesting conversation about – if this is really Atticus – what have our own desires done to the character, and what is the literary truth?” Holloway told The New York Times. “This is who we want to be as a country, but this is not who Atticus was.”

Multiple reviewers have drawn comparisons between the racial turmoil at the time of the novel and present-day issues, particularly current debates over the Confederate flag. In the mid-1950s, legislators had just begun to authorise flying the Confederate flag over state capitals and incorporating it into state flags, explains Natasha Trethewey in a Washington Post review, making the release of Go Set a Watchman even more timely.

“The novel serves to remind us that we are at a moment in our ongoing pursuit of justice that puts our national conscience at stake,” Trethewey writes, “and it is all the more pressing that the watchman be attuned to the collective soul of our nation.”