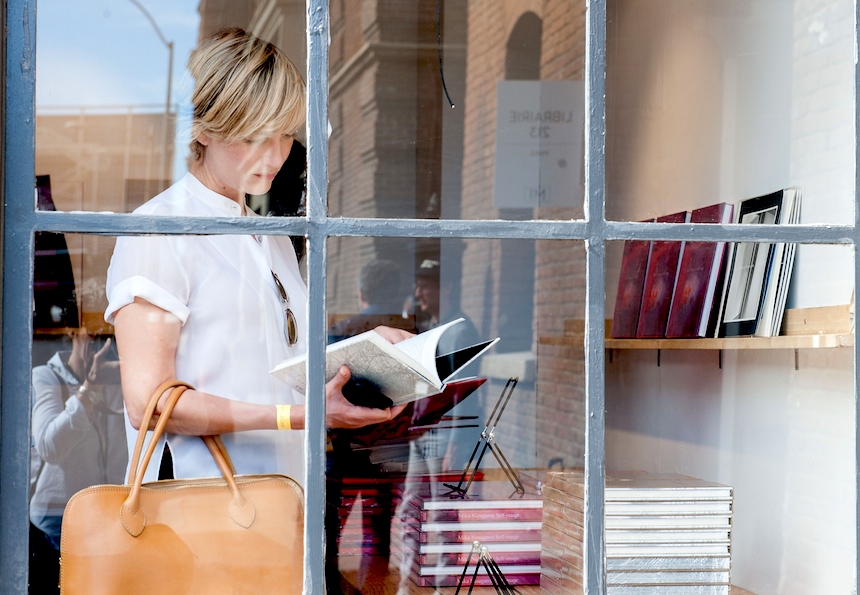 It’s cold and dreary outside, so what better time to bone up on some of the big issues affecting our world, from climate change to economics, from the role of governments, big or small, to equal rights for all.

• Todd Sampson tells you how to boost your brain
• Liked these bestsellers? Try these new books…
• Australia’s 101 favourite books of all time

As the ancient Chinese curse would have it, we certainly live in interesting times, so you may as well snuggle up and read all about it.

We’ve put together a list of some of the best reads out there that will also help you to get to grips with what’s going on in Australia and the rest of the world.

There aren’t many of us who would argue for the education system to be slashed or for less money to go to hospitals, and yet we live in the lucky land where most Aussies also do not want governments to talk seriously about raising taxes.

Unfortunately, the ‘grown ups’ in Canberra seem happier sniping at each other and scoring petty goals rather than facing up to the big debates in a mature way, seeking bipartisan agreement.

Public policy experts Ian McAuley and Miriam Lyons’s handy guide Governomics takes a look at how the very shape of our government affects the way we live our life, day-by-day, and asks the question, just how big do we want Canberra’s reach to be?

You might be surprised by the answers, but you’ll come away with a solid grip on the role of economics in politics. The Australian Moment: How We Were Made For These Times by George Megalogenis

If you dug political and economic commentator George Megalogenis’ recent ABC TV series Making Australia Great, an exhaustive tour of the building blocks of our modern nation, why not pick up the re-released source material The Australian Moment: How We Were Made For These Times?

Interviewing Australia’s key political players from 1970 onwards, Megalogenis gets to the heart of the nation’s survival through multiple global economic crises and looks to its future.

Scoring the Prime Minister’s Literary Award in 2013 and the 2012 Walkley Book Award, it’s razor sharp and crunches the big numbers easily. The 2015 edition has also been updated with a new afterword and appendix.

This Changes Everything: Capitalism vs. the Climate by Naomi Klein

If you find yourself frustrated by rampant denials from government and certain big businesses about the extent of the damage wreaked by climate change, then this handy tome from The Shock Doctrine and No Logo author Naomi Klein will get you up to speed on the current environmental debate.

In This Changes Everything, Klein argues the biggest culprit when it comes to damaging the viability of the planet we call home is the bottom dollar, otherwise known as the treasured economic system of capitalism.

As you can imagine, pushing back against the 1 per cent and arguing for a more local approach to how we run the world caused quite a stoush on its release, so Klein’s work is bound to give you good ammunition for dinner party debates.

The Story of Australia’s People Volume 1: The Rise and Fall of Ancient Australia by Geoffrey Blainey

With Prime Minister Tony Abbott decrying the “lifestyle choices” of remote aboriginal communities in WA and claiming the country was “nothing but bush… extraordinarily basic and raw” before colonisation, he might want to pick up a copy of Geoffrey Blainey’s excellent The Story of Australia’s People: The Rise and Fall of Ancient Australia for some thorough and engaging research on our great land’s real beginnings.

A fascinating historical document with a beating human heart, it’s the sort of book that should probably make its way onto every school curriculum, as well as onto the PM’s desk. We can’t wait for the next two instalments, taking us up to current times.

Flash Points: The Emerging Crisis in Europe by George Friedman

Going right back to the Ottoman capture of Constantinople, best-selling author and geopolitical forecaster George Friedman unpicks the flashpoints he believes led to both catastrophic World Wars and the tenuous ‘peace’ of today.

The books looks at the collapse of the Weimar Republic in Germany and the heady days of intellectual advancement just before the Great War, right through to the aftershocks of the GFC.

It’s a gripping account of the world we live in that reveals how the Europe we know today was forged in blood and where the world at large might be headed next. Predicting disaster has never read this well.

Shifting Gear: Design, Innovation and the Australian Car by Harriet and Hurl Edquist

Between Furious Seven and Mad Max: Fury Road, cars are big business in the entertainment world right now. Australians’ enduring love for their wheels is recognised by the current Shifting Gear: Design, Innovation and the Australian Car exhibition currently on show at the National Gallery of Victoria.

We love this accompanying book packed full of automotive history as well as a fair few predictions about where the industry is driving towards in the future, including a shift away from local manufacture towards contributing globally design-wise. Vroom vroom.

Keeping an Eye Open: Essays on Art by Julian Barnes

Art historian and commentator Julian Barnes works his way around Europe from romanticism to modernism in this beautifully illustrated book that fills you in on a raft of the world’s most renowned artists including Gericault, Cezane and Lucien Freud (apparently you still need a first name if you came along a bit later on).

You’ll be able to spout off art theory like an expert next time you’re wandering round a gallery with your mates, but if all else fails you can simply look at the pretty pictures in full colour throughout and stand half a chance at spotting the difference between a Delacroix and a Degas.

On Immunity: An Inoculation by Eula Biss

With the hazardous effects of the anti-vaccination and anti-common sense mob making headlines of late, Eula Biss’ New York Times best book awardee On Immunity: An Inoculation offers a much-needed dose of reality.

On becoming a new mother, Biss suddenly felt suddenly terrified by bugs, toxic mattresses, government influence and by fussy doctors. To combat this fear, she plunged herself into intensive research on our immune systems, pouring over everything from ancient mythology, through philosophy to actual science.

Bursting with refreshing honesty about her maternal obsessions, it will both reassure new parents and probably give them a fair bit to chuckle over too.

Healthy Brain, Happy Life: How to Activate Your Brain & Do Everything Better by Dr Wendy Suzuki and Billie Fitzpatrick

A successful neuroscientist, university professor and researcher, Dr Wendy Suzuki had every reason to celebrate her life, but other things were getting her down, most notably issues with her weight and a constant feeling of tiredness.

Starting small by heading to an exercise class, Suzuki soon began to notice that not only was she losing weight, but her head felt far clearer and her memory was noticeably improved. Putting her own neuroscience smarts to work, Healthy Brain, Happy Life is the product of her further investigation.

Making the sciencey stuff easy to grasp by threading it with her own personal ambitions, Suzuki’s book unlocks the secrets of our brains and encourages us to get both mentally and physically fit.

Roxanne Gay offers a pretty cool introduction to contemporary feminism, one that acknowledges her own failings and some of the many contradictions in our society when it comes to gender equality – she loves Robin Thicke’s controversial ‘Blurred Lines’ but writes an open letter to the women who say they’d take a punch from Chris Brown.

Unpicking unrealistic expectations of women in society, including those perpetuated by other women who enjoy a certain privilege, it’s a smart collection of essays that are ripe for debate and will also have you hooting out loud with laughter.

Ten books to make you smarter (and they’re not boring!)