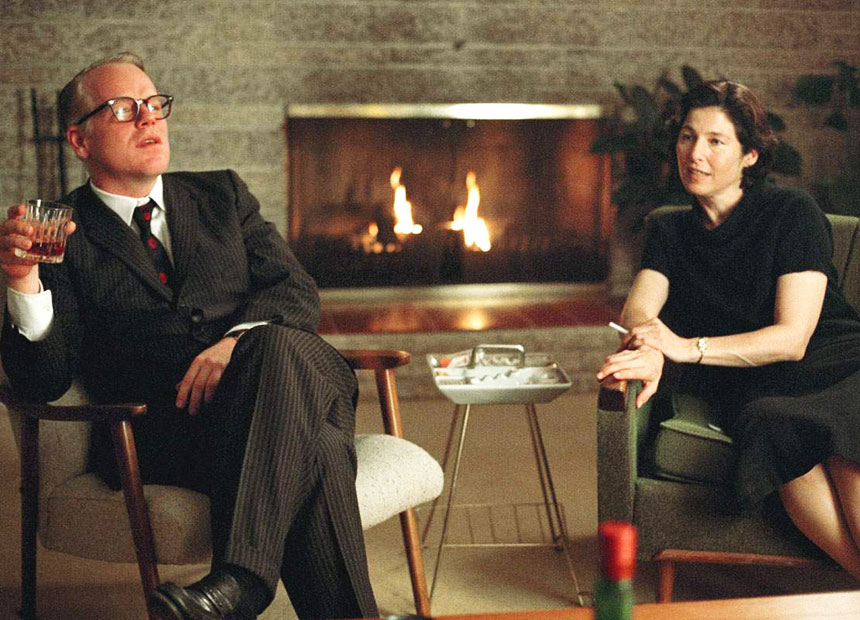 They wrote some of the most popular and enduring titles from the last 100 years, but did you know many literary legends were actually friends?

In between penning the classics, these authors swapped stories and tips and forged lifelong bonds.

• Read all about it: books to buy this autumn
• Was Harper Lee forced into writing a ‘Mockingbird’ sequel?
• Loved these bestsellers? Then you’ll love these new books

Here are some of the most powerful partnerships on and off the page. Two of America’s most famous novelists met as part of the expatriate community who escaped to Paris in the 1920’s. Ernest Hemingway and F. Scott Fitzgerald were part of Gertrude Stein’s salon of artists and writers that included Pablo Picasso and Henri Matisse.

Hemingway was a bold, authoritative writer known for his punchy declarative sentences and his fascination with warfare. In his time he was as famous for his adventurism and brash personal style as he was for his writing.

Fitzgerald, by contrast, was an elegant prose writer and genteel man that, although largely unappreciated in his own time, would go on to be considered one of the greatest American novelists of all time. Similarly, he is as well known for his writing as he was for his devotion to his wife, Zelda, in spite of their famously turbulent marriage.

Hemingway, although the junior writer, was very much the dominant personality, encouraging his friend’s writing and seeing his tumultuous marriage as a distraction from his literary talent.

Indeed, in a surreal episode from his memoir A Moveable Feast, Hemingway takes Fitzgerald to examine the anatomy of Michelangelo’s David at The Louvre to reassure his friend that Zelda’s attacks on his manhood were unjustified.

The rift between Zelda and Hemingway would prove pivotal in a cooling of the friendship that was unhealed by the time of Fitzgerald’s death in 1940. The First World War unleashed horrors and suffering on a scale unthinkable to civilised European nations.

Artists of all stripes across Europe experimented with new modes of expression to capture the strange new reality in which there were no longer certainties of religious faith and where life appeared meaningless and often absurd.

In Spain, there was the cubism of Picasso or the surrealism of Dali, in Russia there was the experimental symphonies of Igor Stravinsky. In the United Kingdom the avant-garde was embodied by the Bloomsbury Group – a loose collection of artists and writers living around Bloomsbury, London, foremost among them novelist Virginia Woolf – a writer devoted to challenging social and literary conventions of the novel.

But before Woolf was lionised she shared an unlikely friendship with a New Zealand-born writer that would shape her as an artist. Katherine Mansfield had been a bohemian who’d escaped her native New Zealand and embraced her youthful desires with abandon. Woolf, in contrast, was timid and prim, her family firmly entrenched in the British intelligentsia.

But when they met both recognised the other as possessing rare talent and each was eager to be at the forefront of the literary zeitgeist as a female novelist. Their friendship was said to be intimate, with the two exchanging books, chocolate and forthright opinions of the other’s work over tea.

Indeed, Mansfield’s early death from tuberculosis prevented her from achieving the enduring fame of Woolf, but hers was the only writing to have made Woolf jealous and in the years following her death Woolf was haunted by Mansfield’s writing and standards. The worlds of Narnia and Middle Earth were born from a chance encounter between two professors at a faculty meeting at Oxford University in 1926.

Both C.S. Lewis and J.R.R. Tolkien were teaching literatures in medieval romance when they met and quickly discovered a shared love of mythic tales. At the heart of the friendship was a shared devotion to Christianity.

Tolkien, the more assured believer of the pair, was instrumental in fostering Lewis’ religious dimension – the pair once shared an all-night walk and conversation through the grounds of Oxford’s Magdalene College that would lead to Lewis’ conversion to Catholicism.

It was these shared sensibilities that allowed Lewis and Tolkien to embark on their most ambitious projects; for Lewis it was The Chronicles of Narnia books and for Tolkien it was The Lord of the Rings trilogy.

Each hoped to create mythic universes to communicate the gospel, but in a manner artful enough to avoid the prejudices of secularised readers and sit at the heart of mainstream reading taste.

To this day, their shared project continues to touch generations of readers and maintain cultural relevance, seen most obviously in the continuing cinematic adaptations of their respective creative universes. Astonishingly, these two very famous and very different writers actually started out as childhood friends. Nelle Harper Lee lived next door to the country cousins Truman Capote came to stay with every summer in Monroeville, Alabama.

The two would spend hours writing original stories as youths. They retained their friendship as they each became literary stars in their own right, but would have opposing reactions to fame that would drive their friendship apart.

Lee, who had spoken of her ambition to become the “Southern Jane Austen” was so shocked and overwhelmed by the success of To Kill A Mockingbird that she never published another novel, instead retreating to a quiet family life in Monroeville where she would diligently guard her privacy.

Capote for his part was vain, and hungry for publicity. As his talent for writing slipped he fell into self-caricature: often making drunken appearances on television chat shows and sponging off the literary establishment.

At the time of Capote’s early death in 1984, it was reported the two had lost contact over many years. Their friendship was a cautionary tale on the devastating effects of fame and celebrity. Christopher Hitchens: 1949 – 2011
Notable Works: God is Not Great, The Trial of Henry Kissinger

Hitchens and Amis met at Oxford in their late teens in a friendship that would span over five decades, as their respective personal reputations diverged.

Amis was the son of literary titan Kingsley Amis and started out as a hot commodity on the literary scene, before suffering the travails of pursing a career in the shadow of a famous father.

He enjoyed early successes as an author before becoming tabloid fodder and developing a habit of venting his spleen to journalists.

Hitchens was a polemicist and rhetorician who, while highly regarded amongst his contemporaries, was for many years unknown to the wider public.

With the release of his polemic against religious belief God Is Not Great and the emergence of YouTube Hitchens became an global sensation.

Unsurprisingly, both Hitchens and Amis revelled in celebrity yet their profile caused no hostility between the pair: each often very publicly coming to the support of one another. When Hitchens succumbed to cancer in 2011, Amis was at his bedside. Jonathan Franzen: 1959 –
Notable Works: The Corrections, How to Be Alone, Freedom

The two authors met after the mutual success of their first novels in the late 1980s. Each was eager to promote the continued relevance of the novel as a vital art form in a mass consumer society.

There spawned what Franzen would described a friendly rivalry between the two, where each was spurred on by the other’s success.

Wallace would find acclaim first with his epoch-defining 1996 novel Infinite Jest. Franzen would have to wait until 2001 before finding a mainstream audience with the success of his novel The Corrections.

For much of the 2000’s Wallace struggled through his second novel, lapsed into depression and committed suicide in 2008.

Franzen, who had corresponded with Wallace in the weeks leading up to his death, was defiant to continue their shared mission in the wake of his friends death and the release of his novel Freedom in 2010 cemented his reputation as the pre-eminent contemporary fiction writer in America.

In 2011, Franzen published the essay Farther Away, where he documented a very heartfelt, very moving account of his friendship with Wallace and his trip to scatter his ashes on an island in Peru.